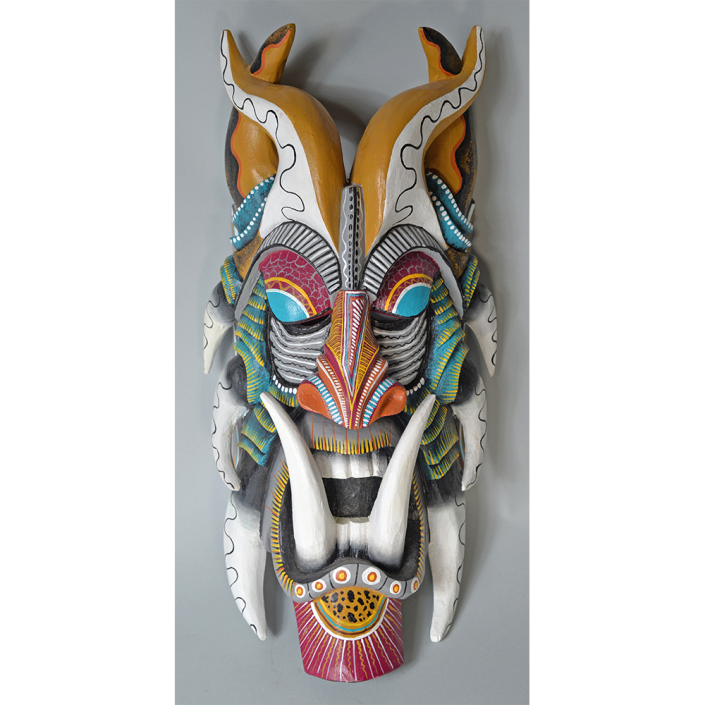 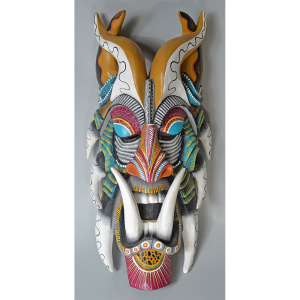 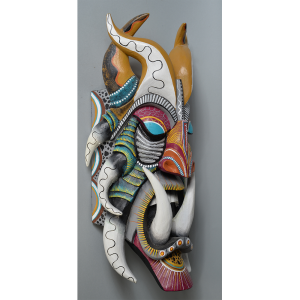 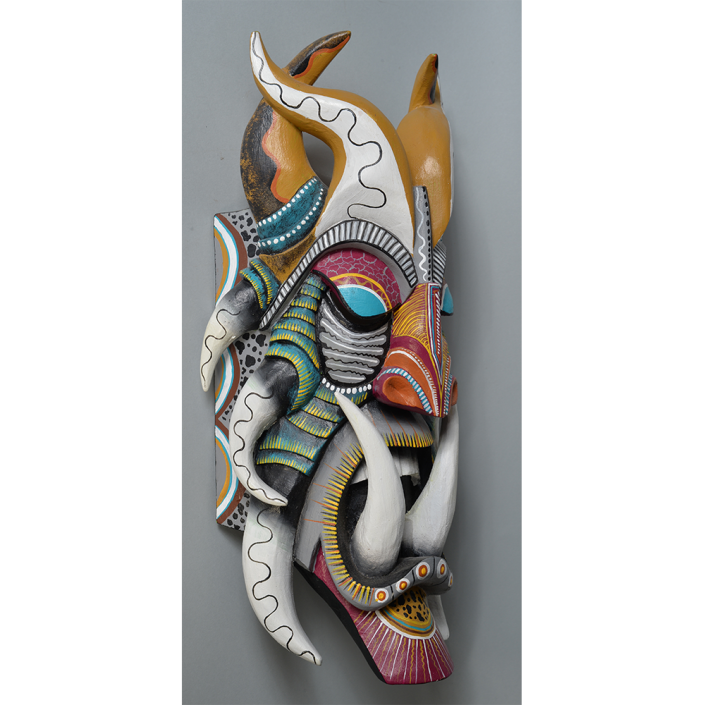 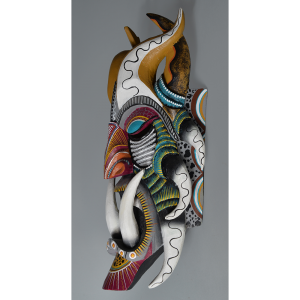 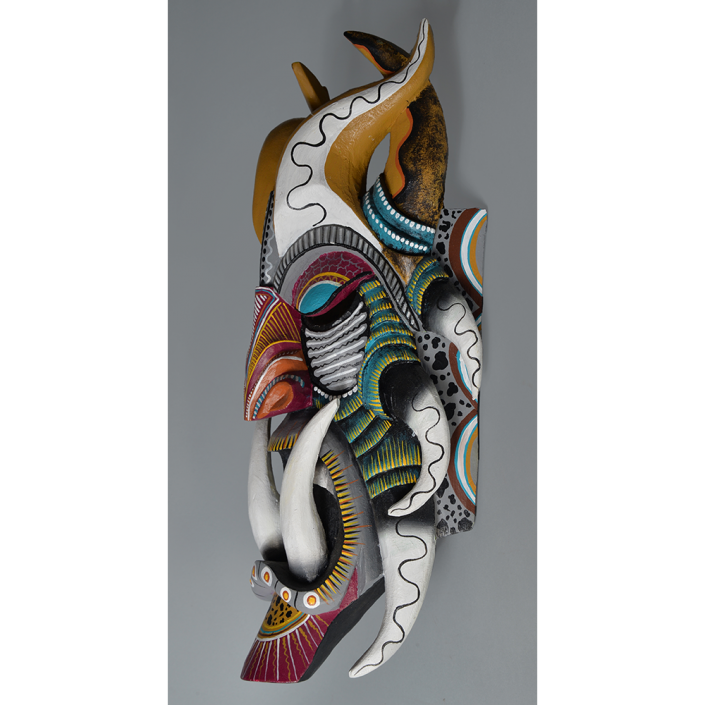 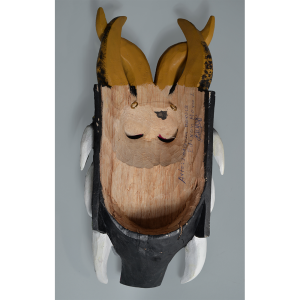 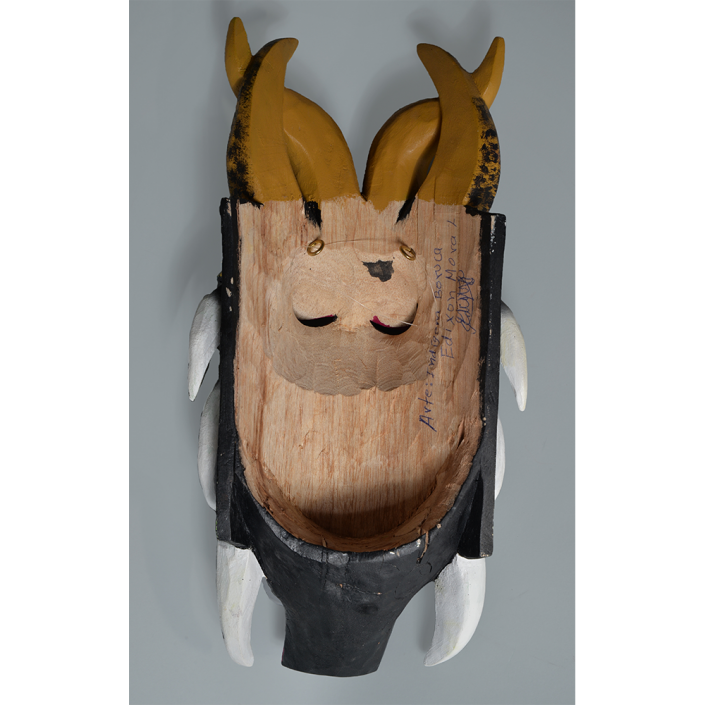 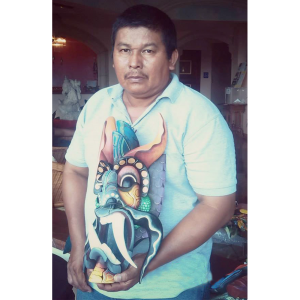 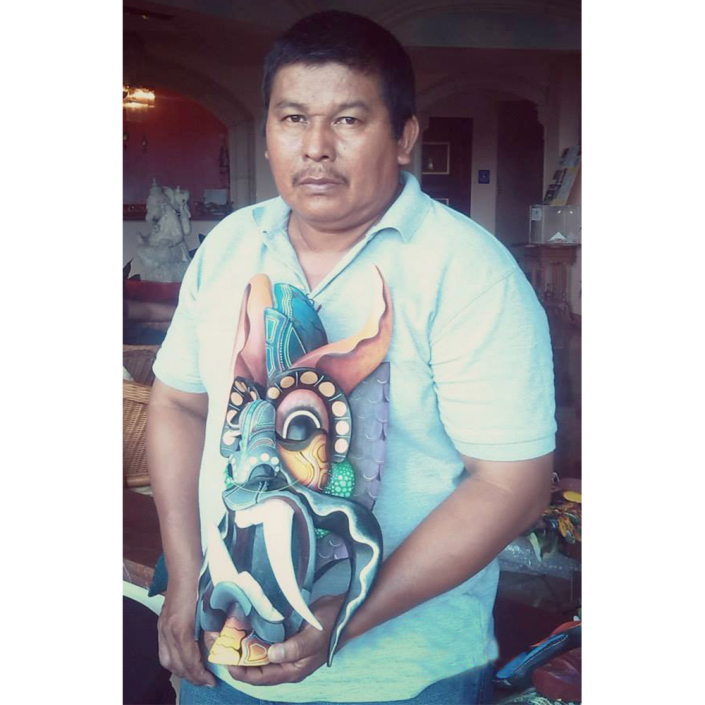 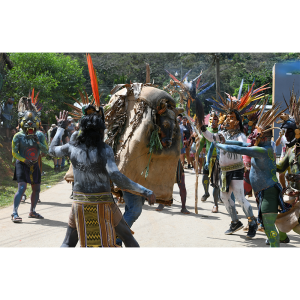 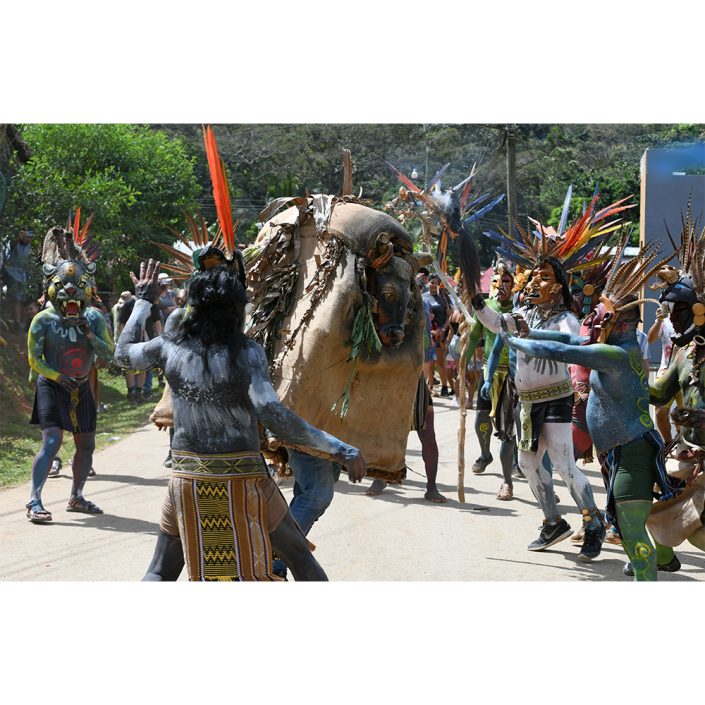 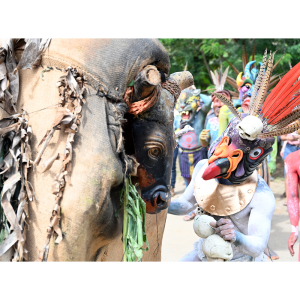 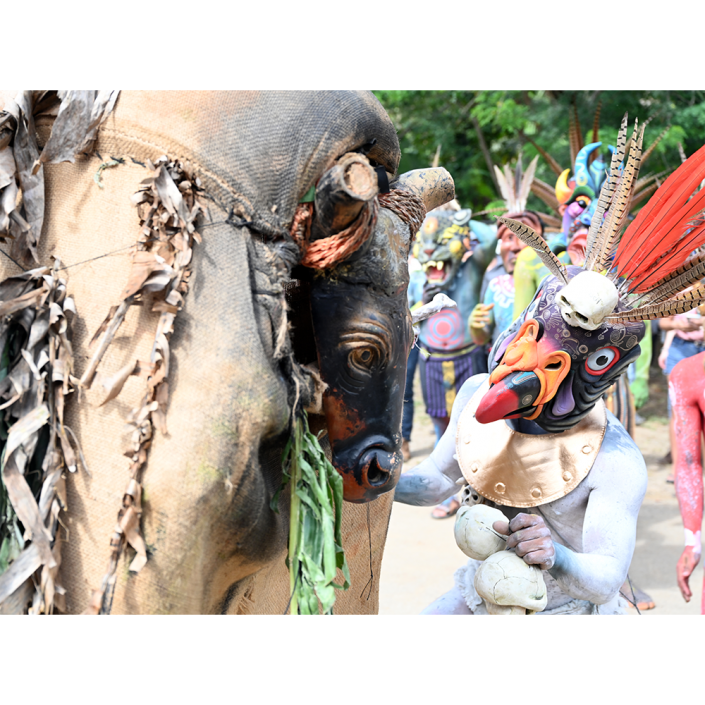 The Boruca people mostly inhabit two reservations in the Puntarenas Province of Costa Rica. Technically, many persons classified as Boruca are members of neighboring indigenous peoples, such as the Coto and Quepo people, who have banded with the Boruca to preserve their traditions and relative independence. Their best known holiday is the Fiesta de los Diablitos (Festival of the Little Devils), properly called Cagrúv Rójc in the Boruca langauge, and held from December 30th to January 2nd each year. The ceremony represents a major community event and a retelling of the Spanish conquest of the Boruca people (represented by masked forest spirits known as diablos, but actually representing indigenous warriors).  All masqueraders are men. The diablos begin parading in the morning at the direction of an elder devil, el Diablo Mayor, representing the glory of the Boruca culture before the conquest.  On January 1st, a masquerader in a toro (bull) mask enters the festivities to represent the invading Spanish. The toro chases the diablos about the village. Although the diablos resist, the toro ultimately knocks down all the diablos, representing the Spanish victory.  Afterward, the diablos return to life, sending the toro into hiding while they hunt him with the help of a masquerader posing as a dog. Ultimately they find, capture, and symbolically burn the toro, signifying the end of the festival. The toro mask is not burned, but saved for the subsequent year’s ritual.