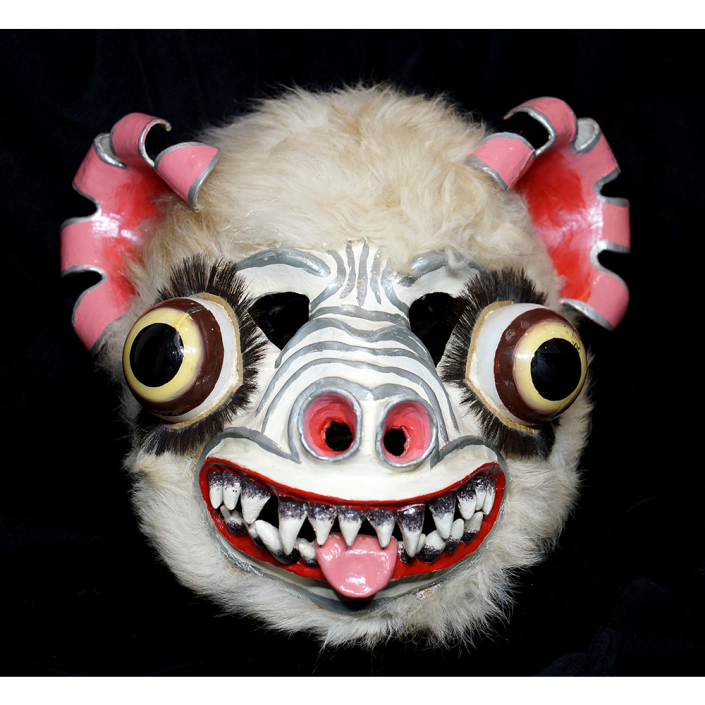 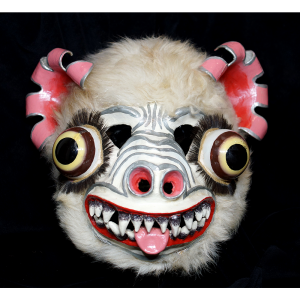 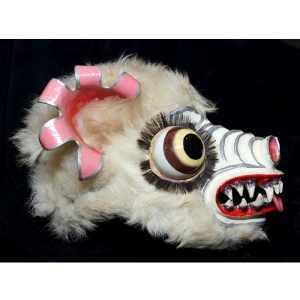 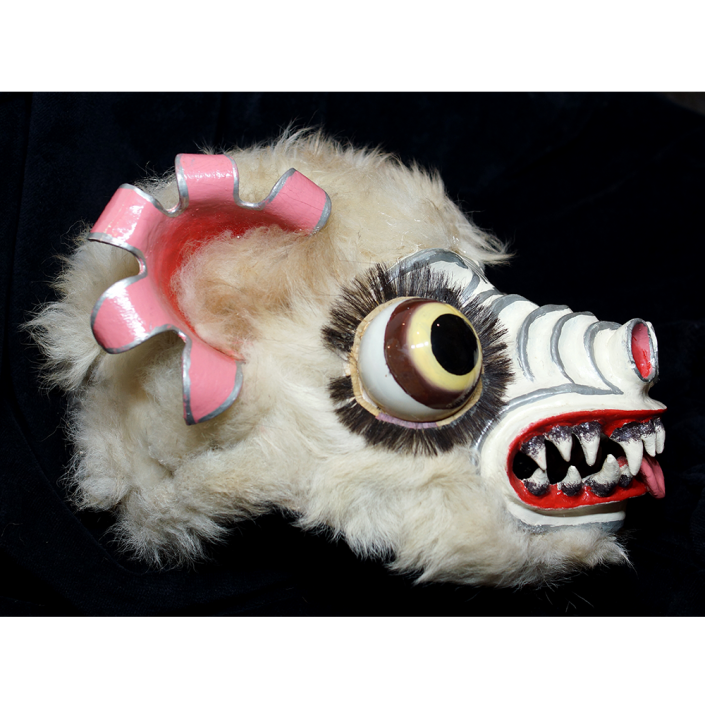 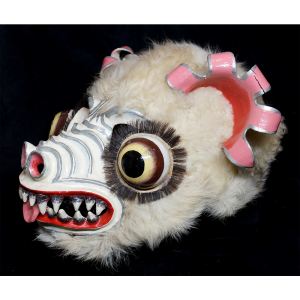 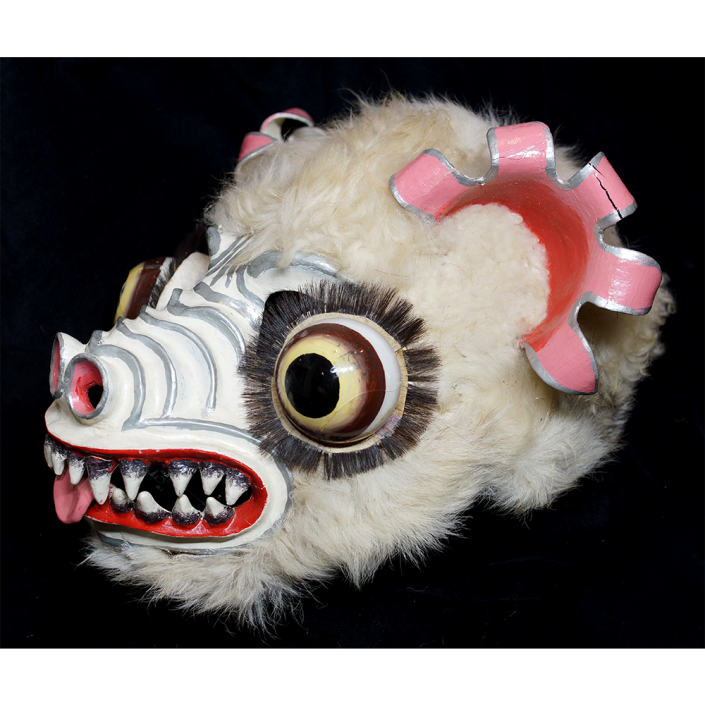 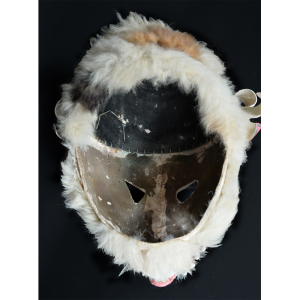 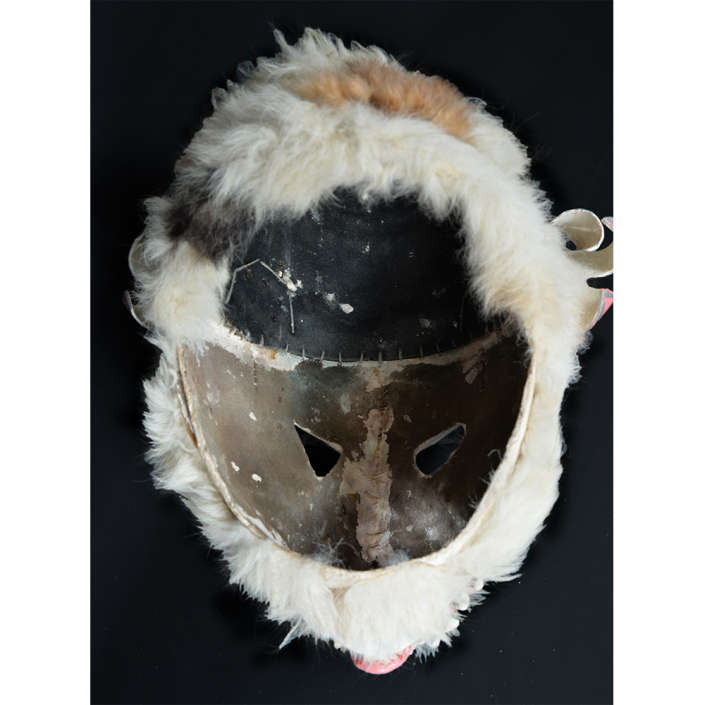 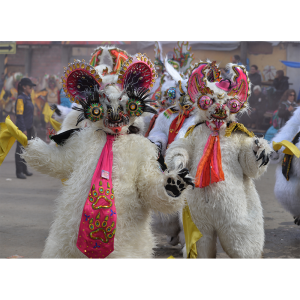 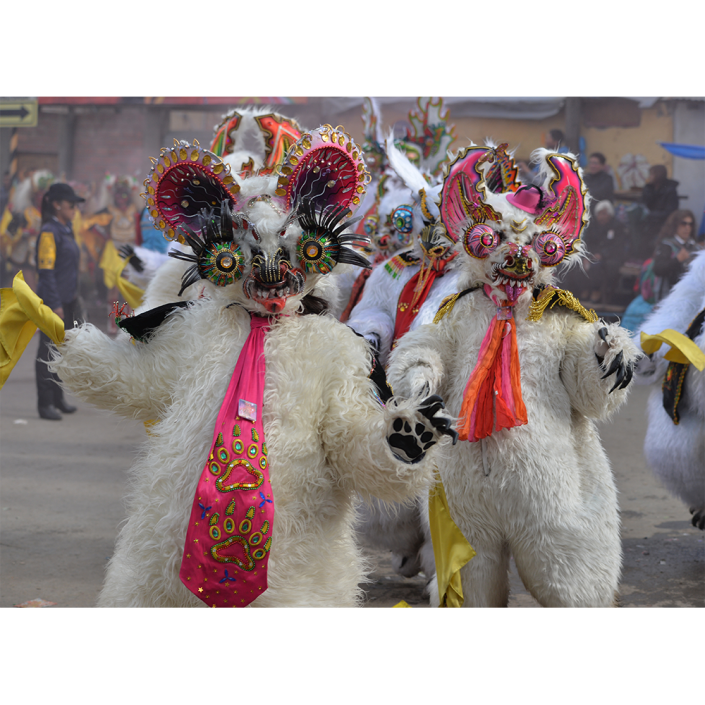 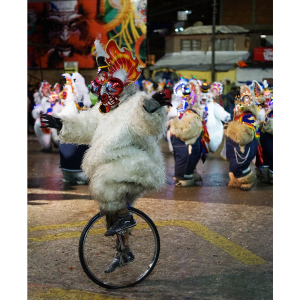 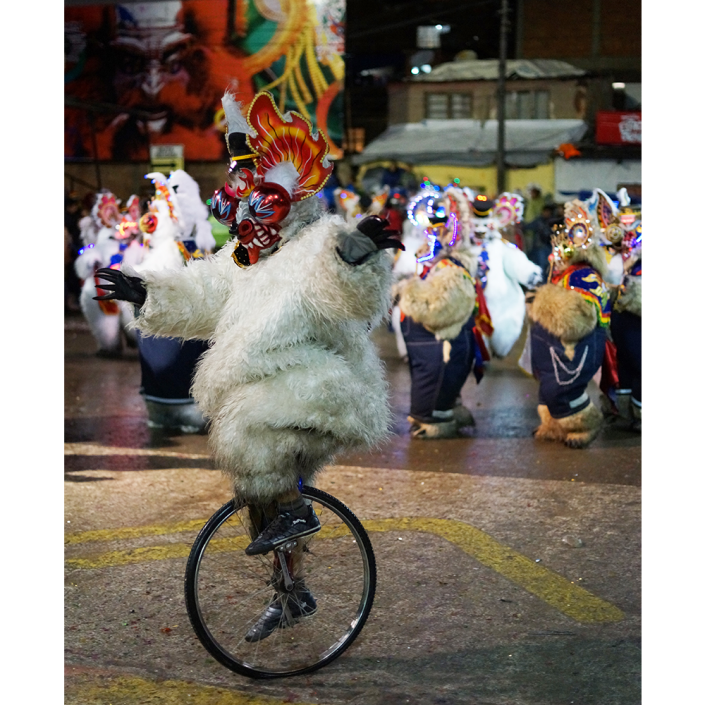 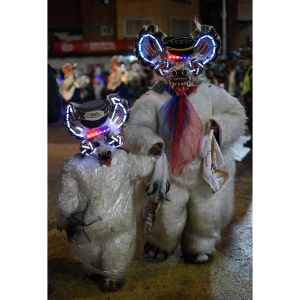 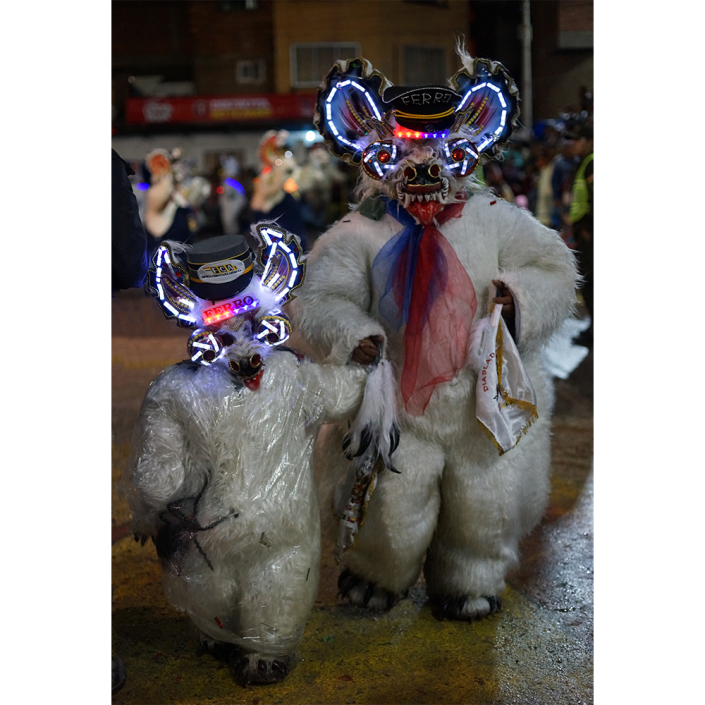 The dance dates back to pre-colonial times and was adapted under the influence of the Spanish missionaries to conform to the Catholic doctrine of the struggle between good and evil.  The dance begins with the Archangel Michael commanding personified seven virtues against Lucifer and his personified seven deadly sins and an army of male and female devils.  Other non-European characters, such as the Andean Condor and the bear, also play a role.  The dance typically occurs in the course of the parade, with marching bands playing musical scores dating back to the 17th century.

This mask represents the bear, or jukumari, and dates to the 1960s. It was made by the then-usual technique of putting felt or linen cloth over a fired clay mold, then applying plaster and letting it set. Lightbulbs were painted and used for eyes, and alpaca fur gives the bear a realistic look.