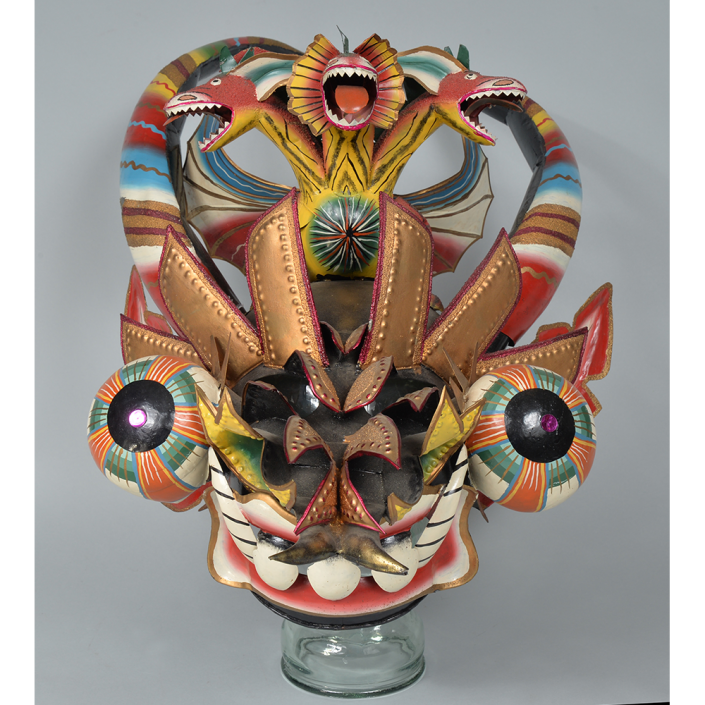 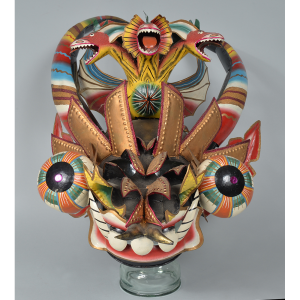 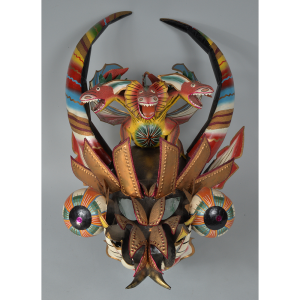 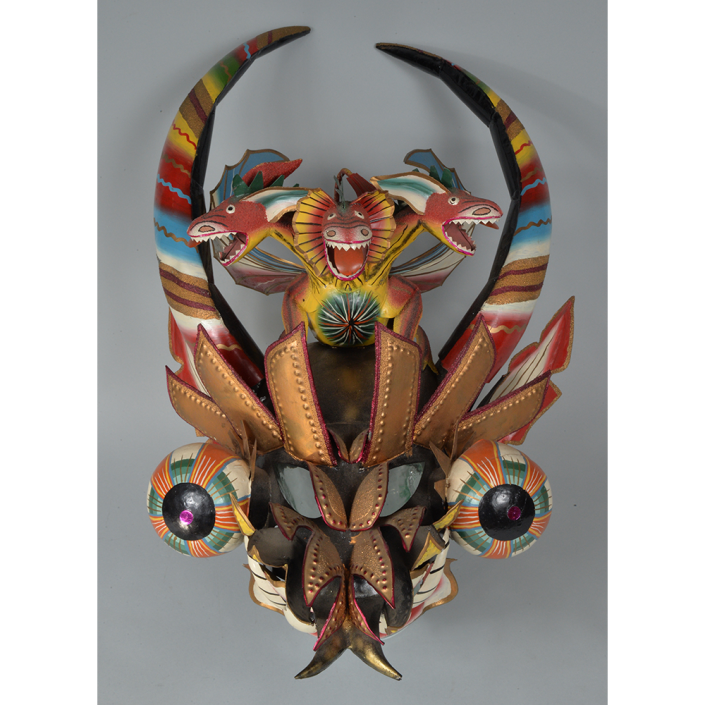 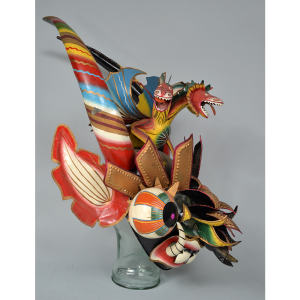 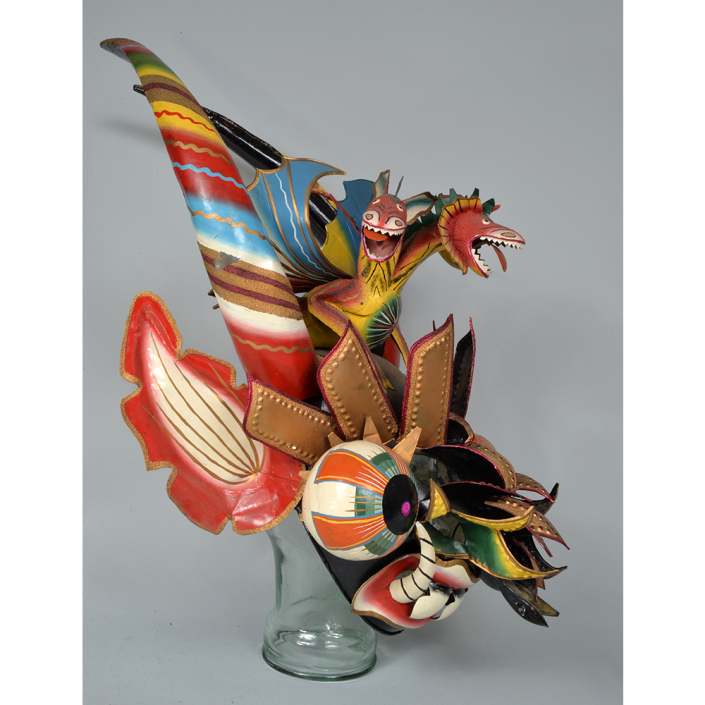 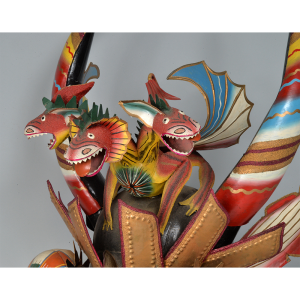 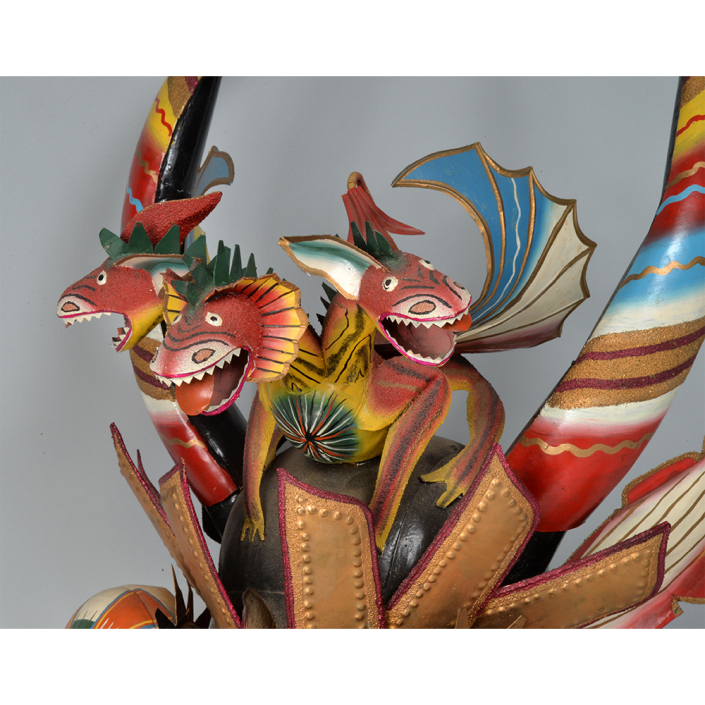 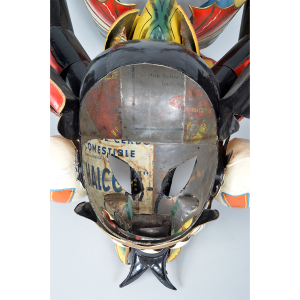 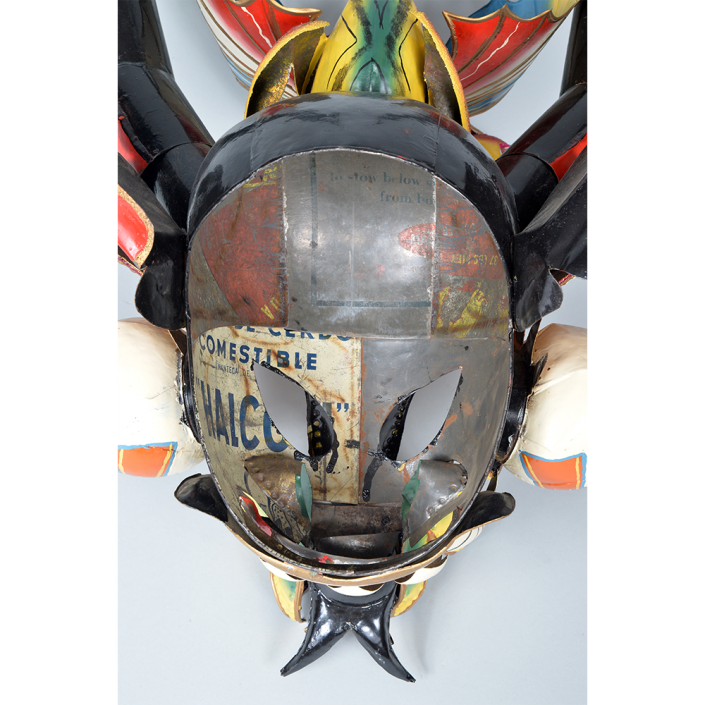 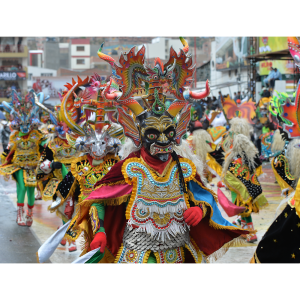 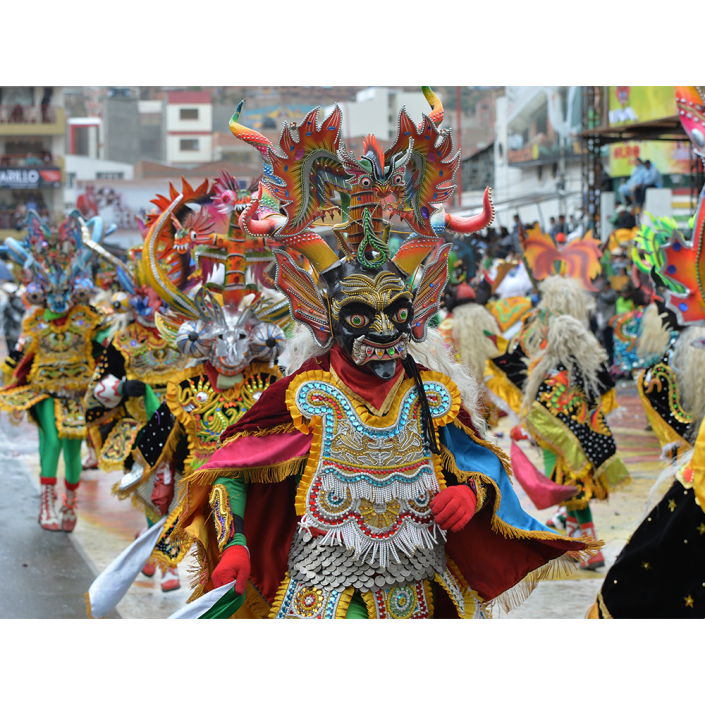 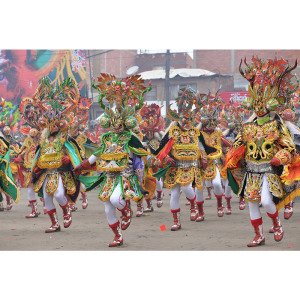 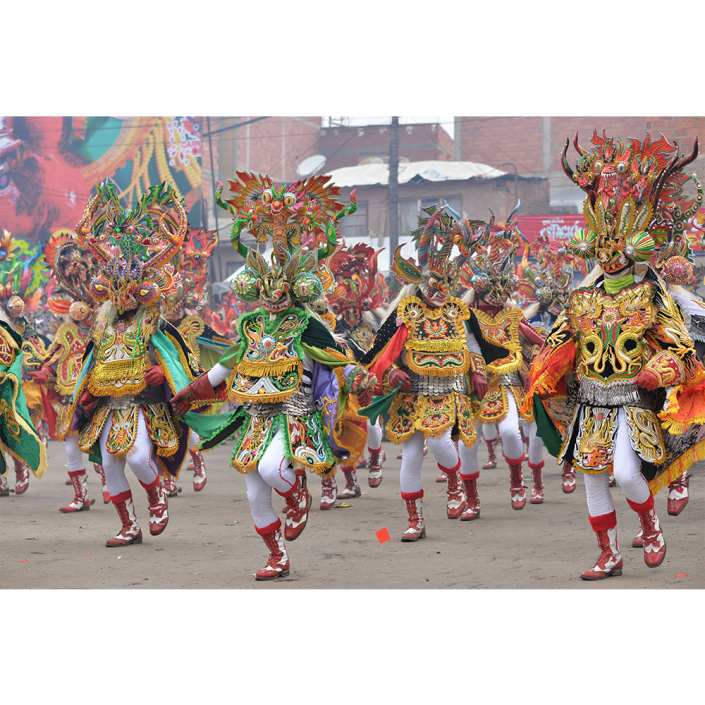 The dance dates back to pre-colonial times and was adapted under the influence of the Spanish missionaries to conform to the Catholic doctrine of the struggle between good and evil.  The dance begins with the Archangel Michael commanding personified seven virtues against Lucifer and his personified seven deadly sins and an army of male and female devils.  Other non-European characters, such as the Andean Condor and the jukumari bear, also play a role.

The dance typically occurs in the course of the parade, with marching bands playing musical scores dating back to the 17th century.  In practice, the dance includes both male and female devils dancing in a group led by (rather than opposed by) the Archangel Michael.  Troop devils (diablos de tropa or demonios de tropa) are the standard parade devil, with dragons on the head to represent ferocity.