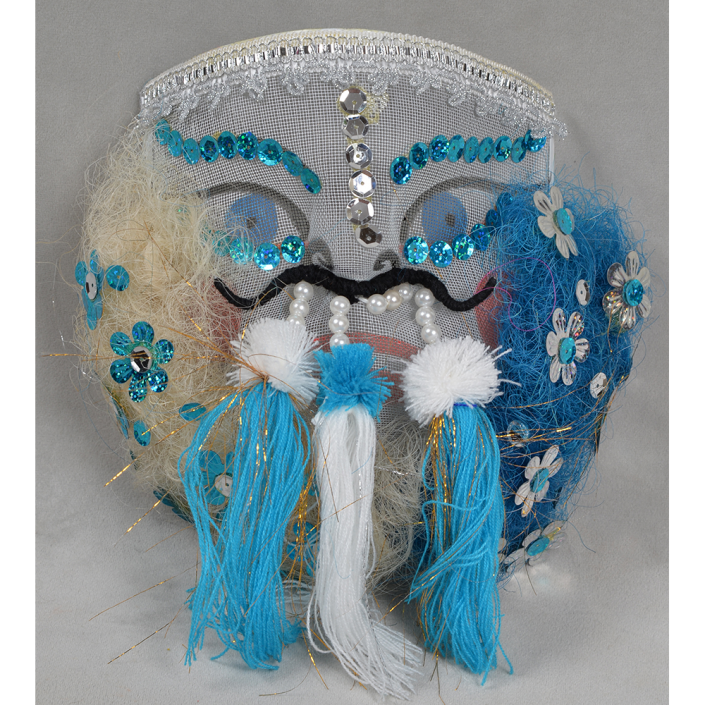 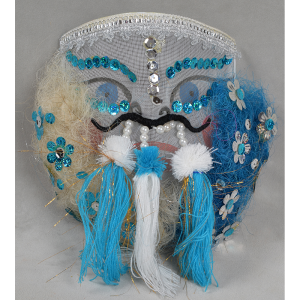 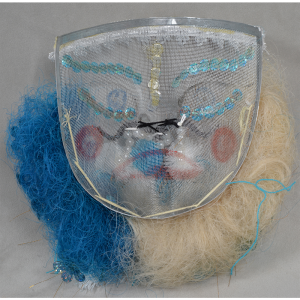 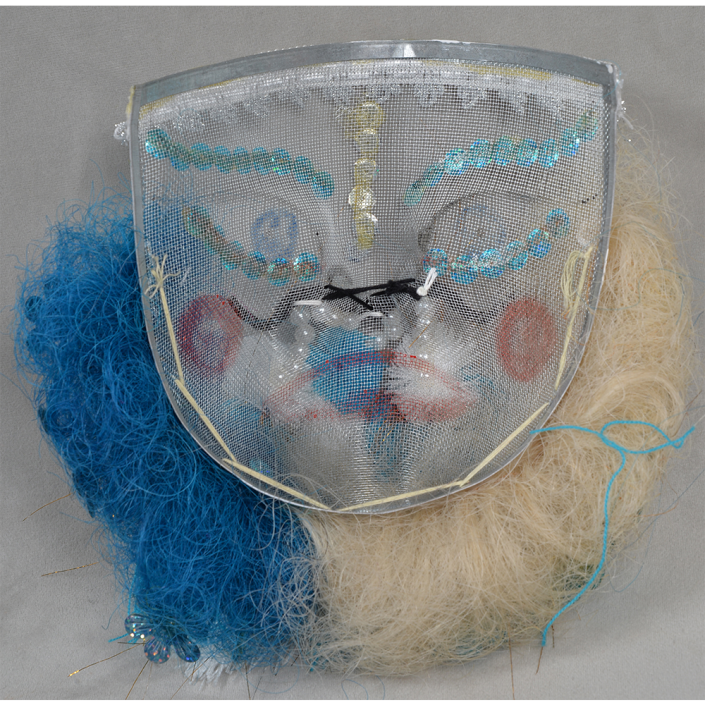 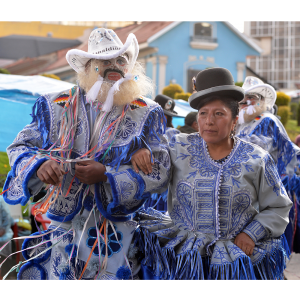 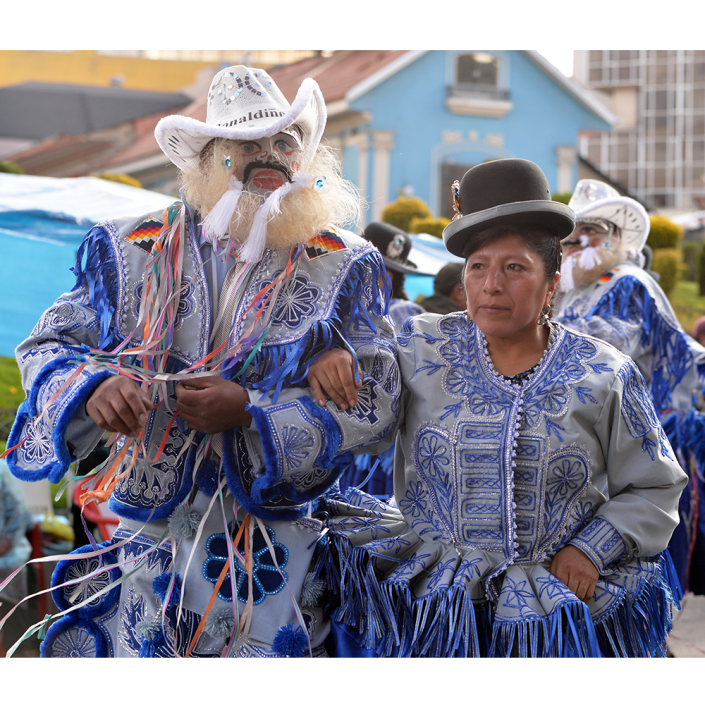 A ch’uta is an indigenous Aymara born and raised in La Paz. The Dance of the Ch’utas and Pepinos is therefore unique to the La Paz region.  The ch’uta wears a wire mesh mask, usually pink or white, decorated with three tassels on the chin (or, increasingly as here, under the mustache), and an elaborate costume with a native wool cap (lluch’u) or hat. They dance to an orchestra with their unmasked female counterpart, the cholita, who wears a traditional pleated skirt (pollera) and bowler hat. The elaborate costume derives from the historical prohibition by the Spanish colonizers on wearing native clothes. The Aymara had to wear European clothes, which the ch’uta elaborates with native additions to mock the colonizers.