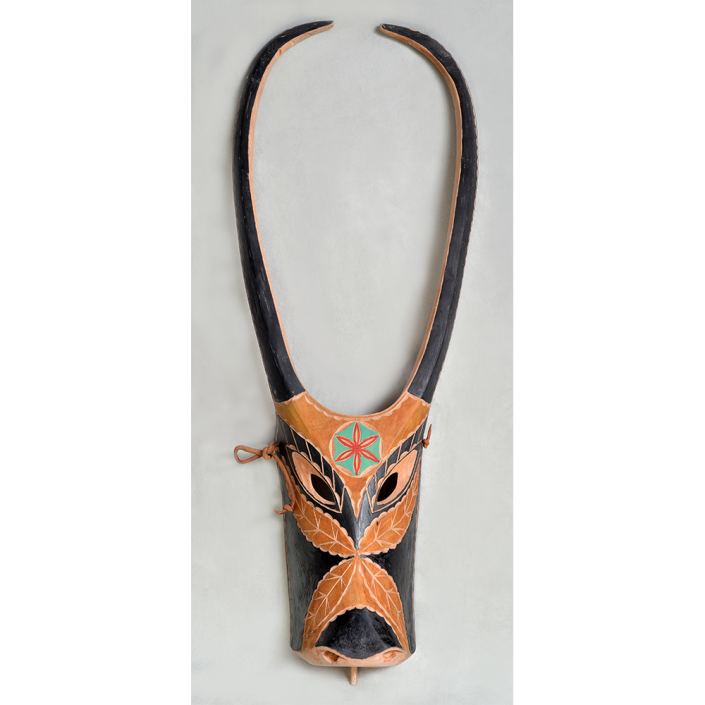 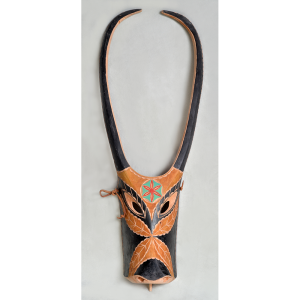 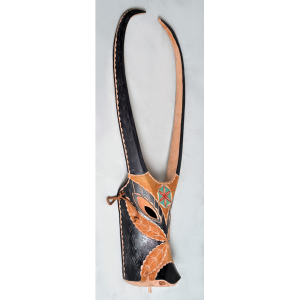 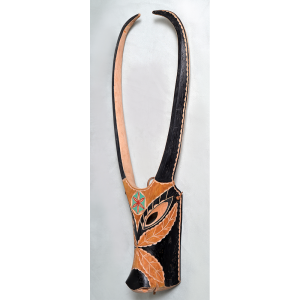 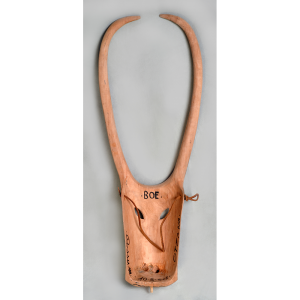 During the Festival of Sant’Antonio Abate, patron saint of the city of Ottana, Sardinia, and on Carnival as well, the Ottanese does as sos boes and sos merdules, two traditional masked characters.  In the Festival of Sant’Antonio, they appear at night before a raging bonfire (s’ogulone) to perform religious duties and begin the Carnival celebration, during which they will parade and enact an ancient drama.  The boes wear furry white sheep skins and ox masks like this one, along with very heavy cowbells (sonazzos) on a leather harness.  The merdules wear deformed white or black masks, representing the fatigue of the peasant oxherder, and a stick or rope whip. During the ceremony, the merdules will attempt to herd the boes, who resist and throw themselves on the ground until forced up again.  Eventually, a third character appears as a witch-like woman (sa filonzana) spinning raw wool, possibly representing the Greek Fate Clotho, who spun the thread of human life and decided where to cut it.