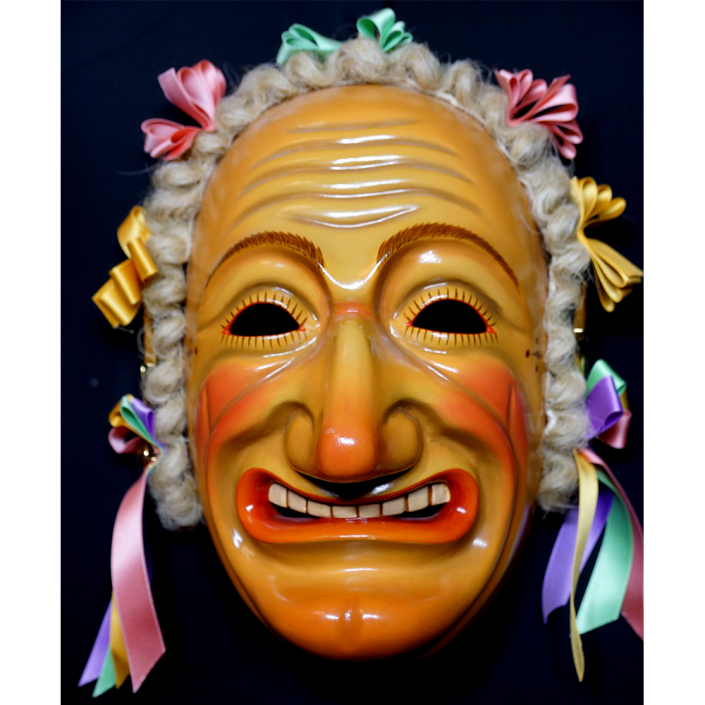 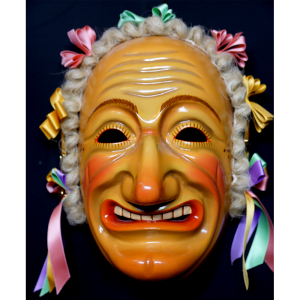 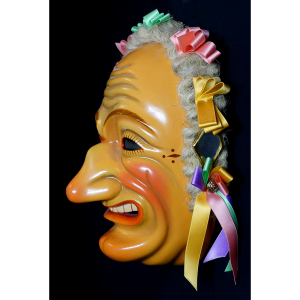 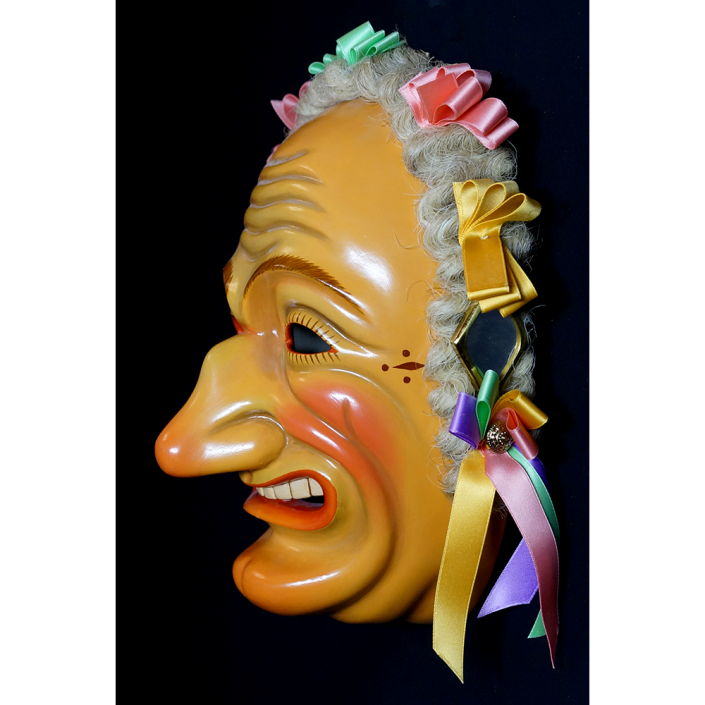 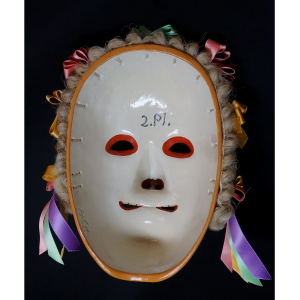 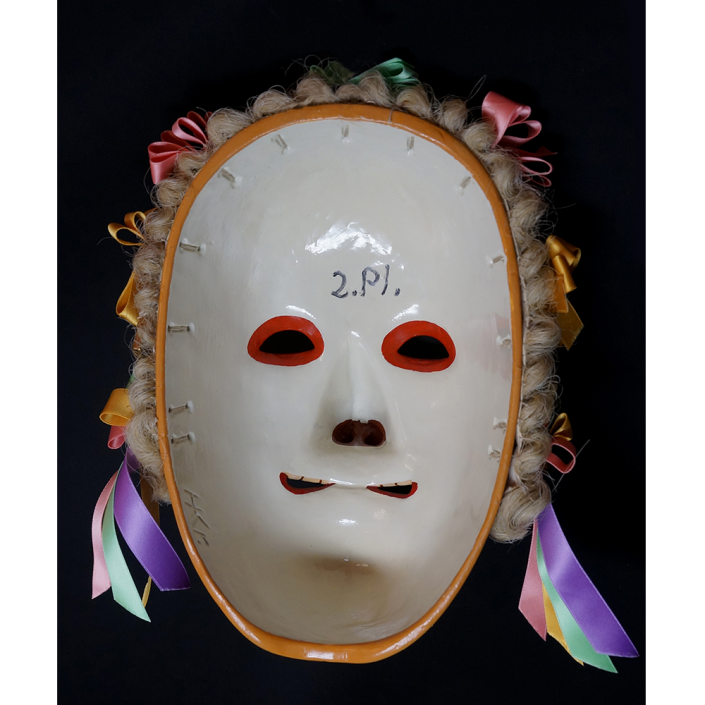 Carnival in Rottweil extends back at least to the 14th century, and the Biss is a longstanding character in the Fasnet of Rottweil. They appear in white linen costumes with as many as six leather belts holding large bells, which he makes ring by walking with a bouncy step (Jucken). The Biss also wears a horsehair wig (Rosshaarkranz) with ribbons and mirrors to satirize vanity, and frequently has a small feathered hat on top.