You are here: Masks1 / Nyelbum Mask 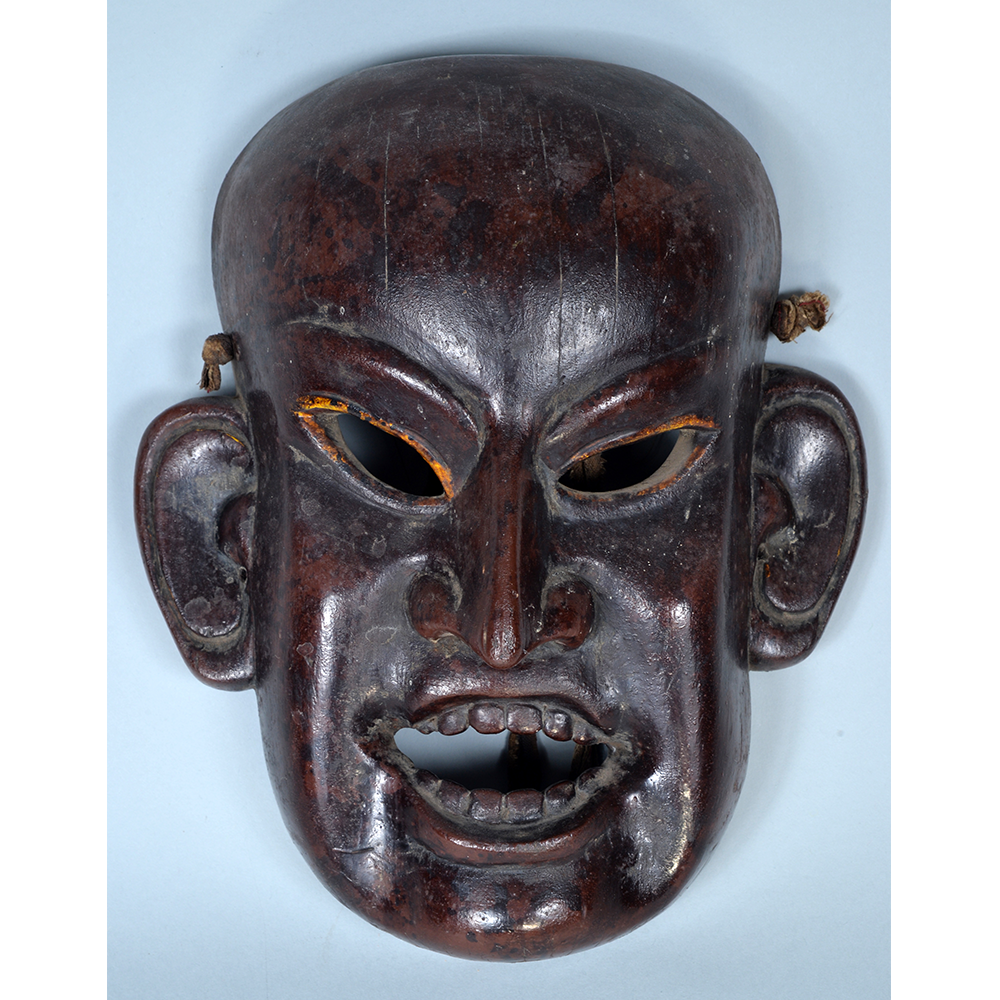 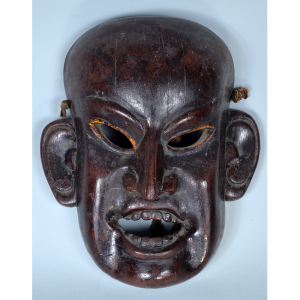 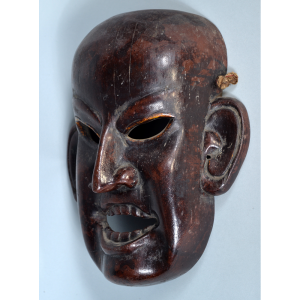 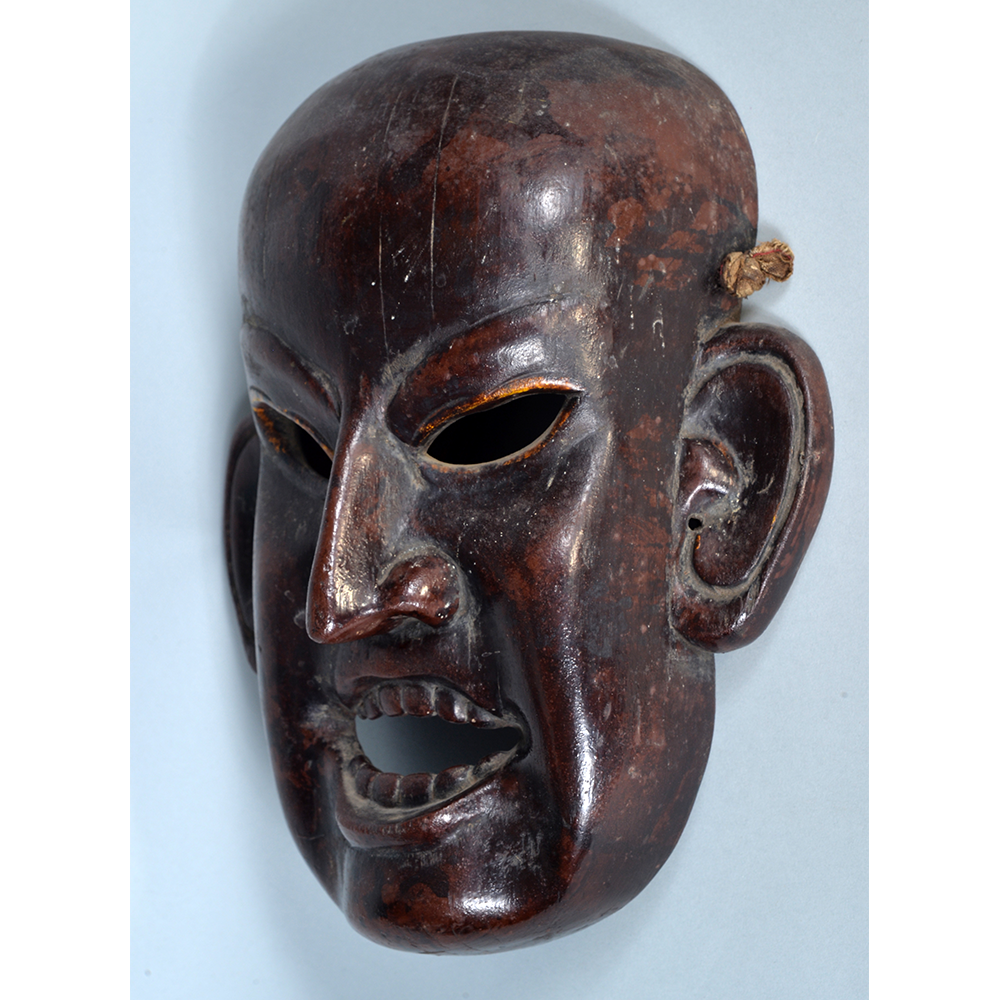 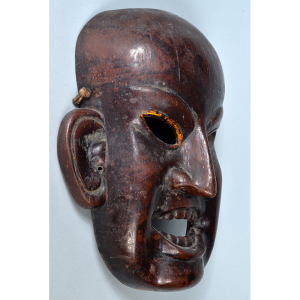 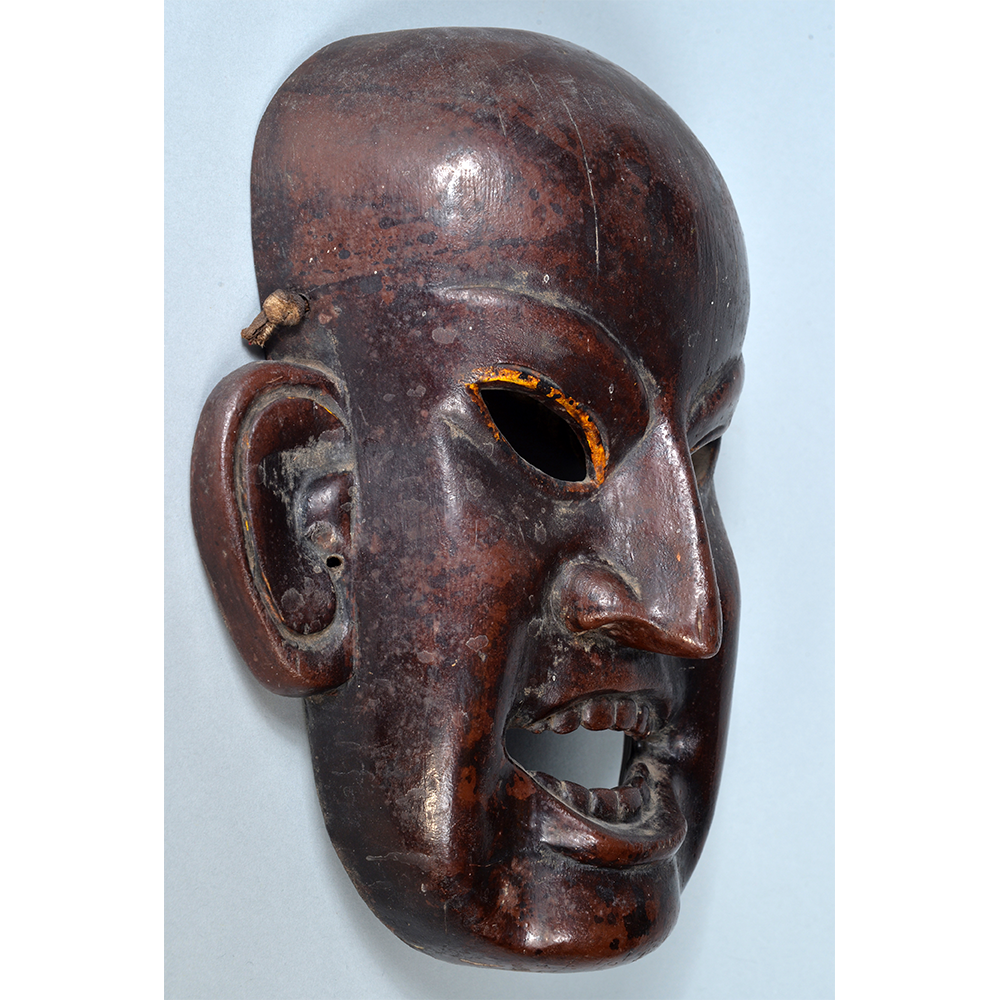 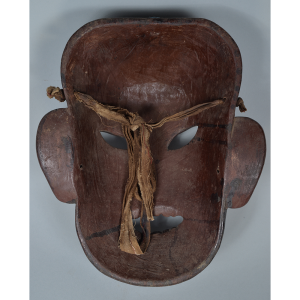 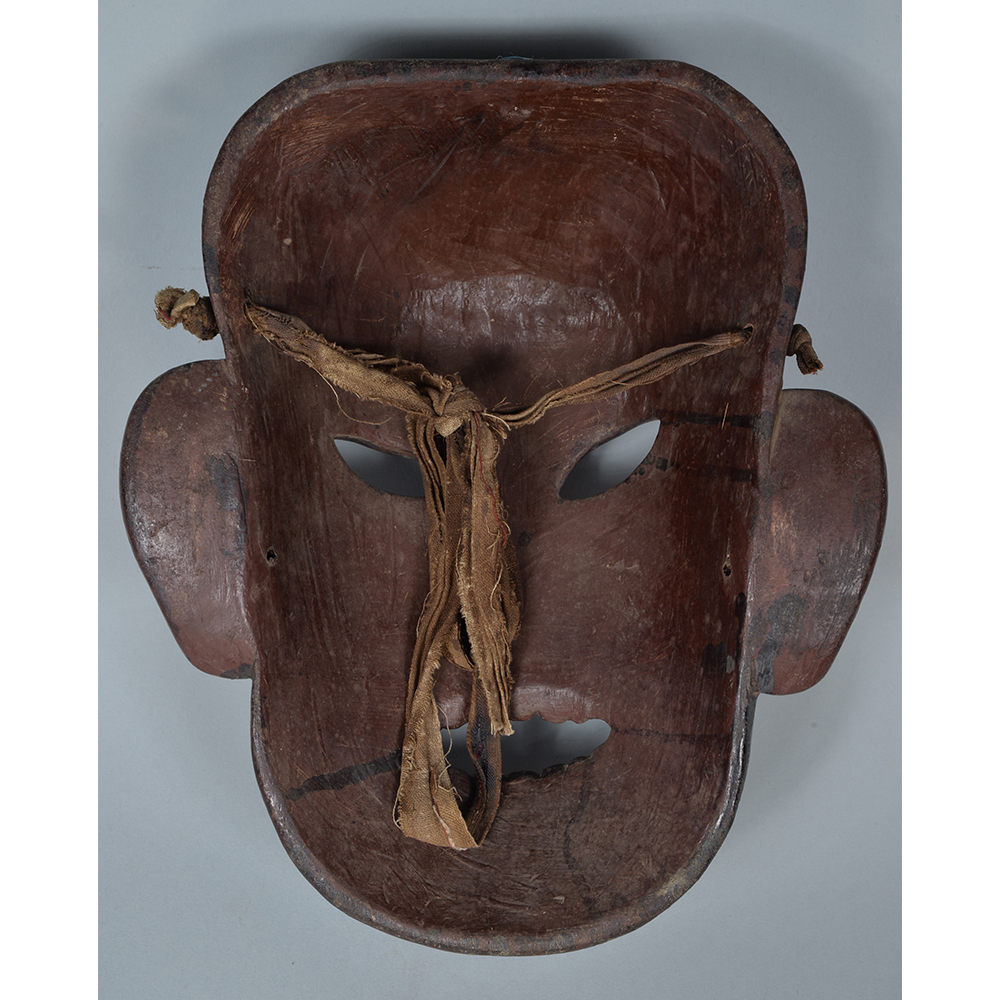 The Ngalop people inhabit western and central Bhutan and are originally of Tibetan origin. The ethnic group includes an estimated 710,000 persons.  The Ngalop are primarily Tibetan Buddhist, and their masks are typically worn at monastery celebrations known as Cham Dances to bless the sowing of the grain, pray for a bountiful harvest, and entertain the public.  This mask, representing Nyelbum, or Digchen Nyalwabum (the sinner). The Nyelbum plays a role in the Dance of the Stag and the Hunter, a story of the Buddhist saint Millarepa’s conversion to Buddhism (along with a deer and his dog). The Nyelbum is the assistant to Millarepa, and he also plays a role in collecting donations from the crowd during the Cham performance. During the Raksha Mangcham, the Dance of the Judgment of the Dead, Nyelbum plays an important role in the morality tale of the consequences of sin and virtue. Nyelbum appears before Shinjey Choekyi Gyelpo, the Lord of Death, with the black demon Due Nagpo and the white deity Lha Karpo to judge two dead souls, Nyelbum and Khimdag Palkyed. Nyelbum pleads his poverty and ignorance, but he is judged harshly and dragged off to Hell to expiate his sins. Khimdag Palkyed lived a virtuous and enlightened life and is led to Nirvana.