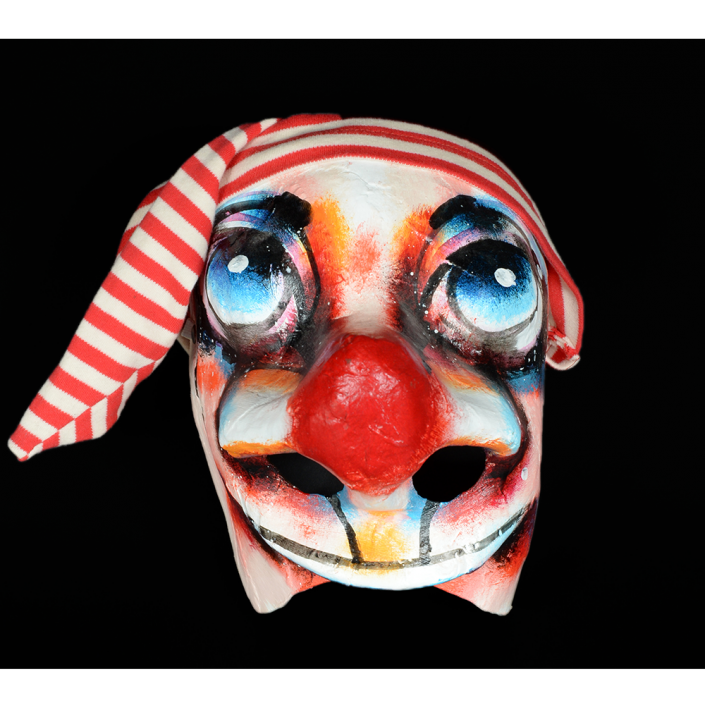 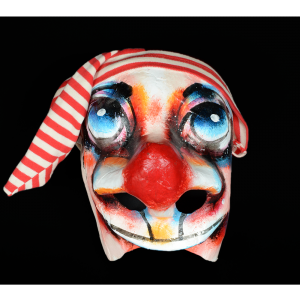 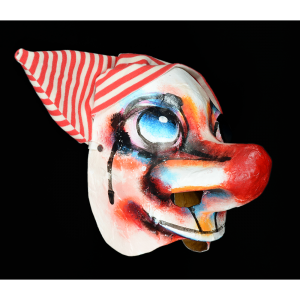 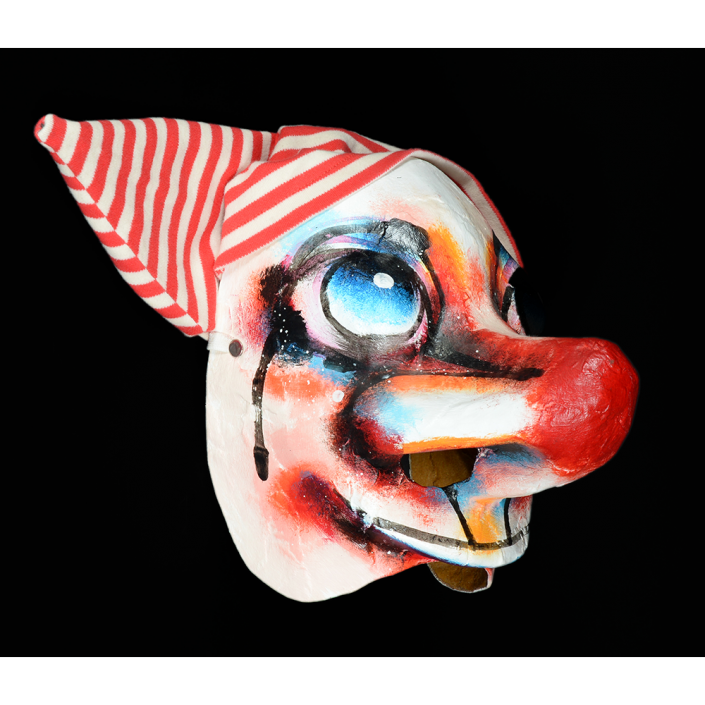 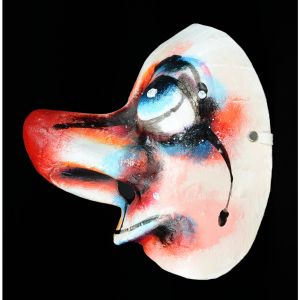 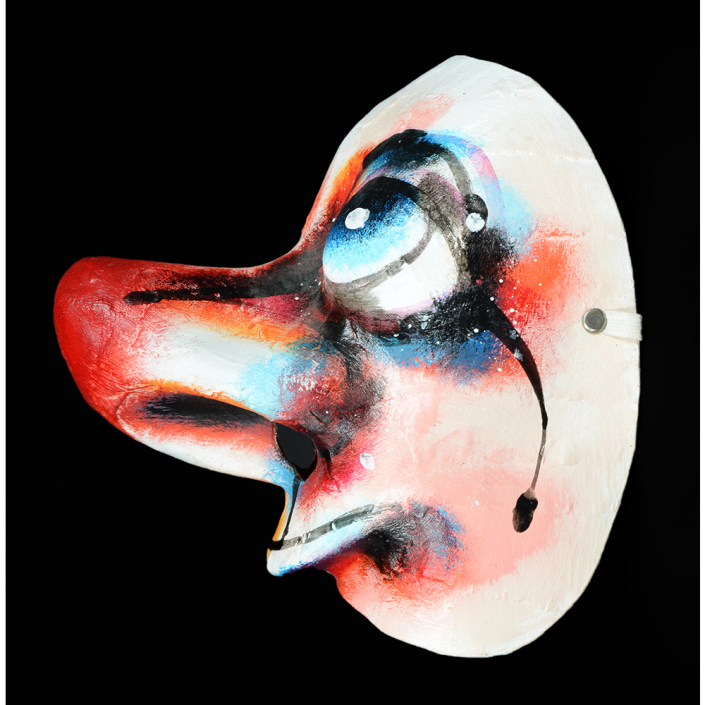 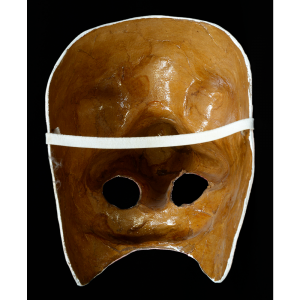 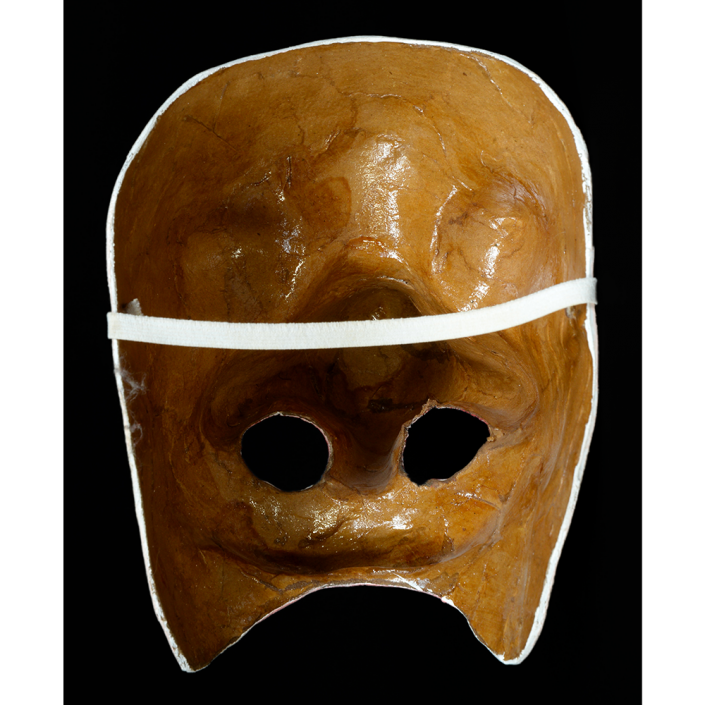 Although there is a great deal of innovation and creativity in mask styles, there are certain styles that tend to reappear annually. This mask, known as Waggis, represents a big-nosed, frizzy-haired clown, who wears wooden clogs, a blue shirt, and a red neckerchief. He is a prankster who parodies the Alsatian farmers who formerly came to Basel market days to sell their produce (Waggis literally means a person from Alsace in Basel dialect). Other common characters include the Alti Dante (old aunt), Dummbeeter (trumpetist) and Pierrot (a sad clown from the late Italian Commedia dell’Arte, known for his white and black makeup).

This specific mask was made for and used by a fife player in one of the roaming bands. Half masks are common among wind instrument musicians who need to access their instruments with their mouths.