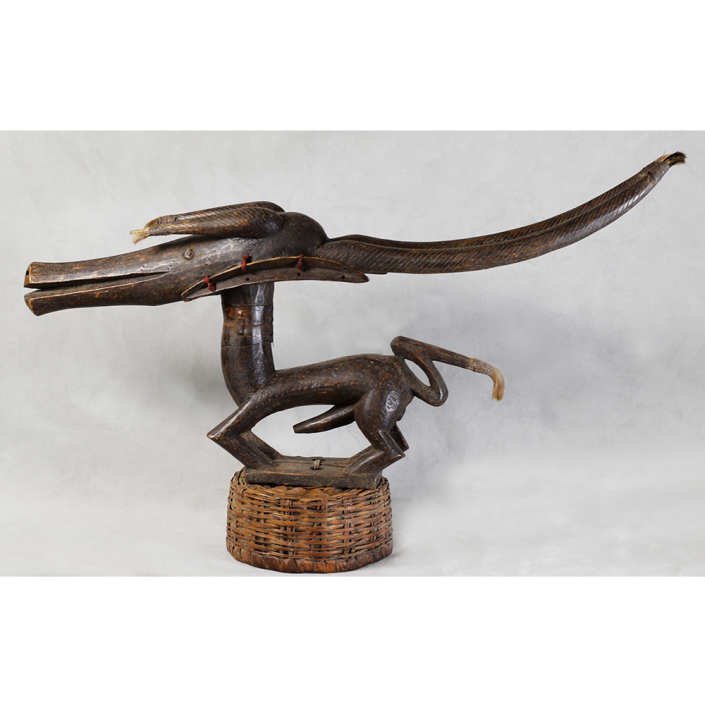 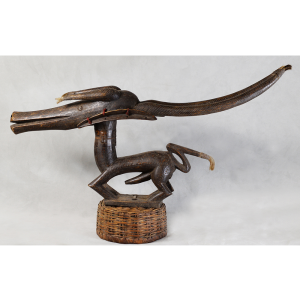 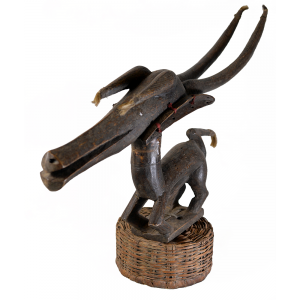 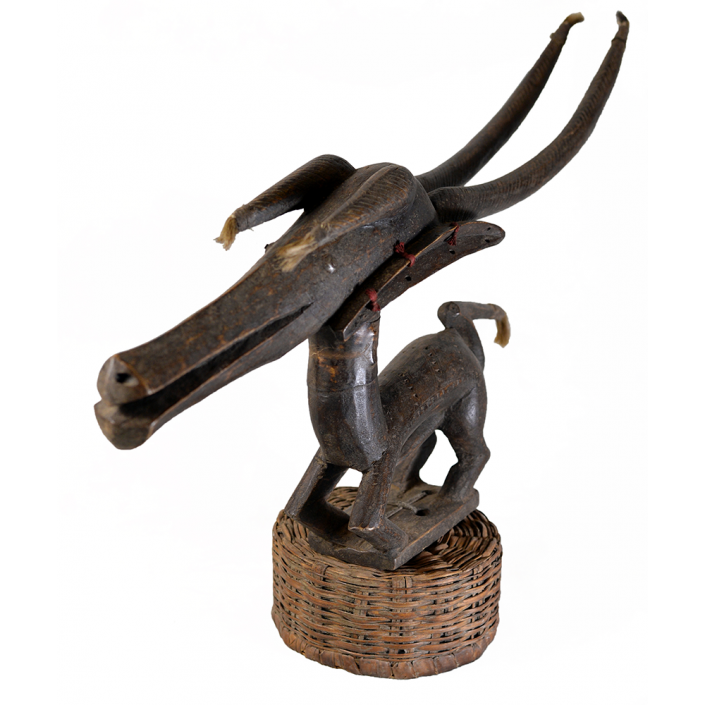 The Chi Wara itself typically takes the form of a roan antelope crossed with a human. The character itself is supposed to represent a culture hero born of the sky goddess (Mousso Koroni) and an earth god in the shape of a cobra. The Chi Wara taught the Bamana to sow and harvest crops.

There are four major kinds of Chi Wara: the Bougouni Southern; the Segu Northern; the Bamako Northern; and the Sikasso. This specific mask represents the third style of Chi Wara, the Bamako from the northern region, and depicts a male.

The Chi Wara is danced in male and female pairs, with each wearing a full suit of raffia fiber and the crest mounted on a basket (as here) that sits atop the dancer’s head. The male dancer leads, leaping like an antelope and scratching the ground with a staff to illustrate the teaching of agriculture. The female follows behind and fans the male to spread his powers to the village.