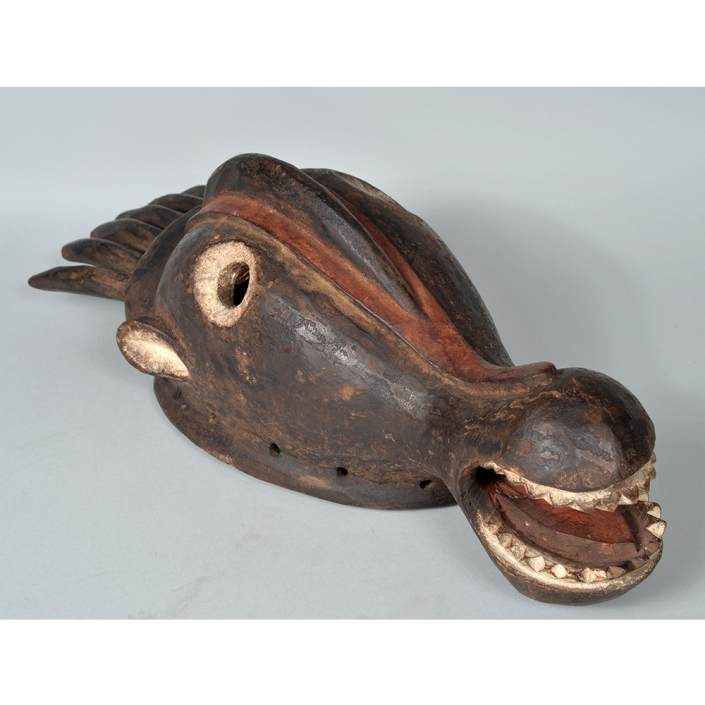 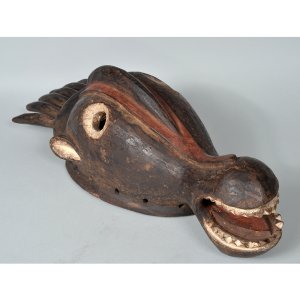 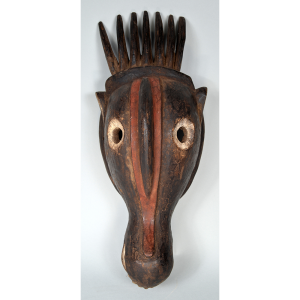 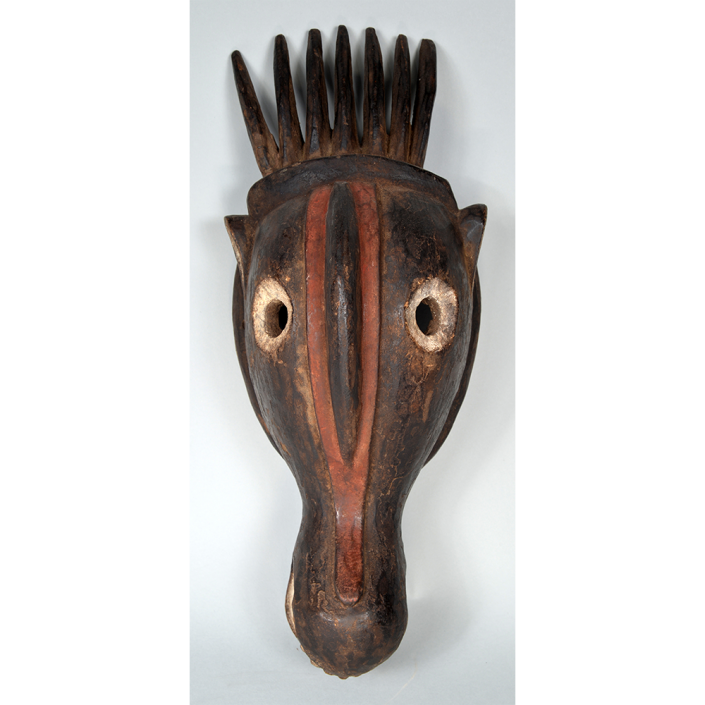 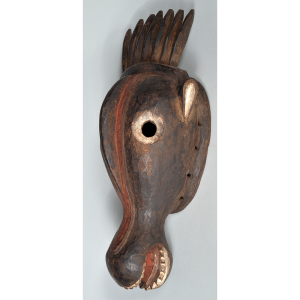 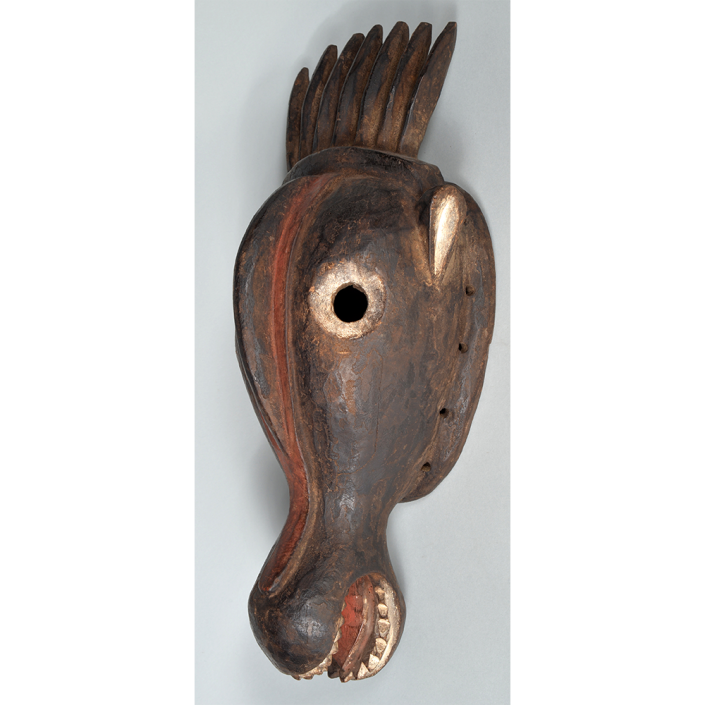 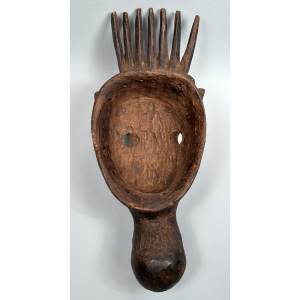 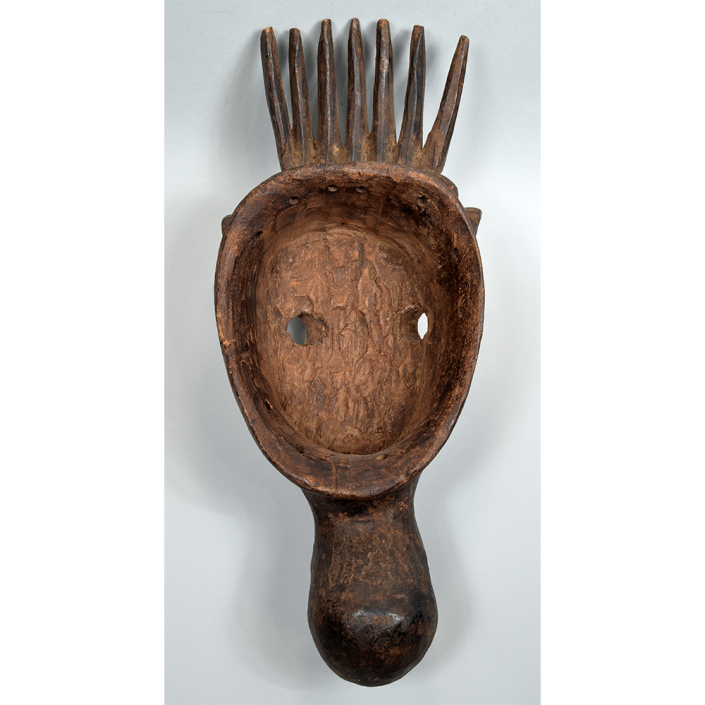 The Baka people of Cameroon, Central African Republic, Congo, and Gabon are also known as Bayaka people. They are semi-nomadic hunter-gatherers, formerly known as “pygmies.”  They maintain an animistic religion based on an omnipresent forest spirit named Jengi and a supreme god named Komba.

After a successful hunt, the Baka chant songs of thanksgiving to Jengi to the beat of a drum in a ritual called Luma.  Some masked dancers in raffia fiber suits represent forest animals, such as this one. One will appear fully covered in a woolly suit of red raffia, with nothing else showing, to represent Jengi.  The Baka do not make very extensive use of wooden masks, and so they are rarely seen.