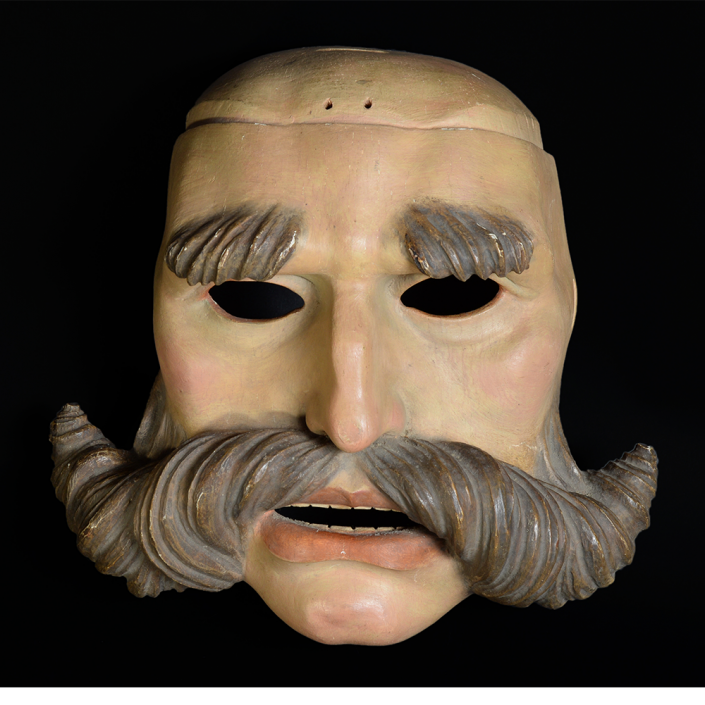 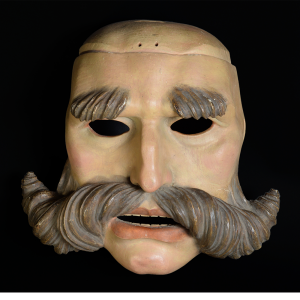 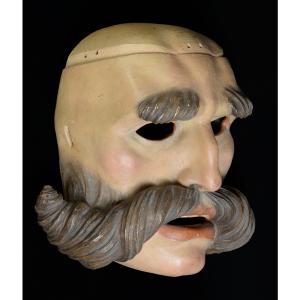 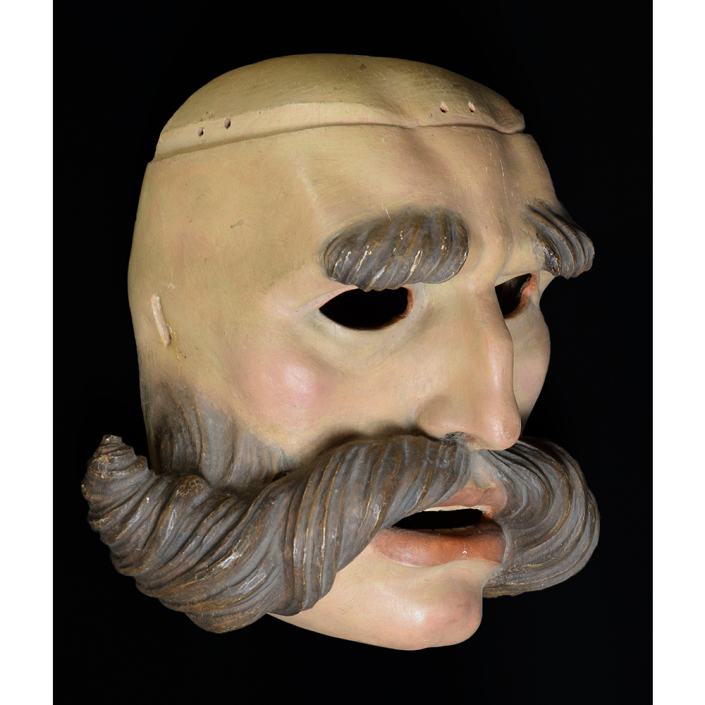 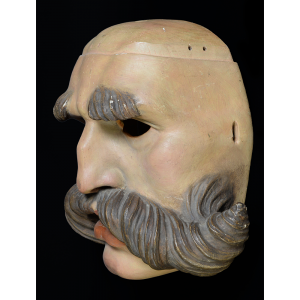 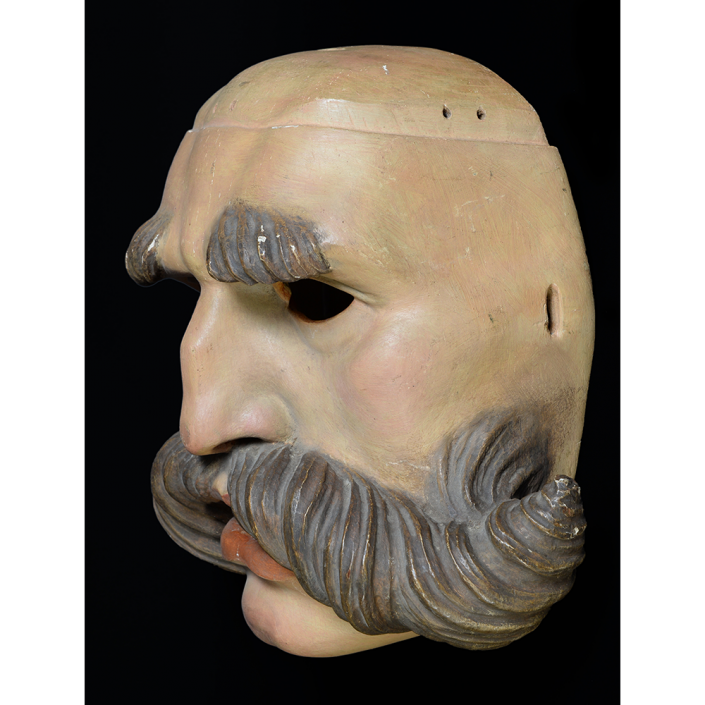 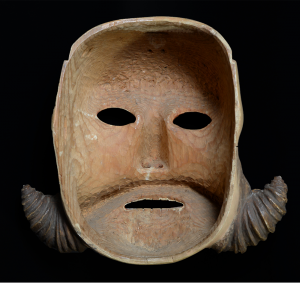 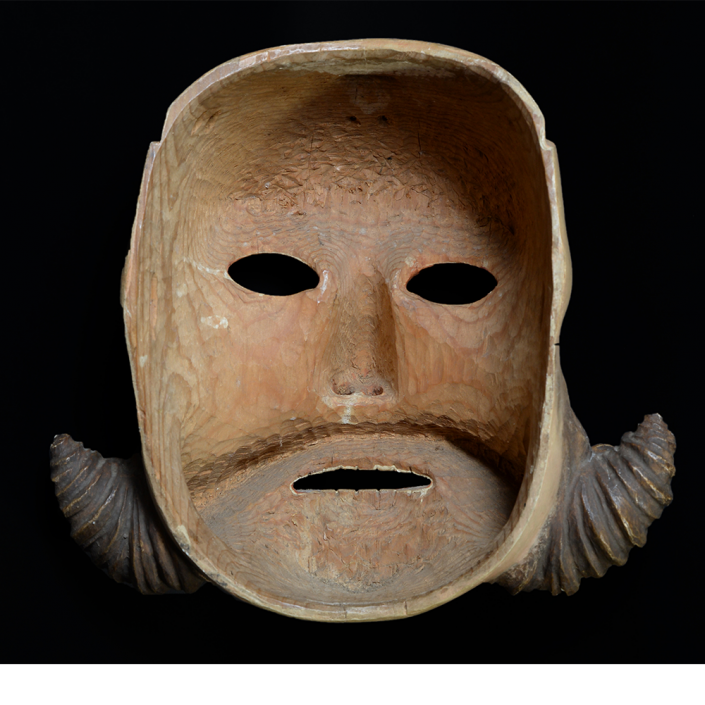 The Carnival in the Tyrolean region of Austria is called Fasnacht. In the town of Imst, a ritual known as Schemenlaufen is held every four years, usually on the Sunday before Nonsensical Thursday. Only men traditionally participate, and the celebration involves an elaborate series of events beginning with men carted around town in bear costumes and beaten by masked trainers to the tune of flutes and tambourines. They are followed by series of masked paraders of various defined types, such as the Kübelmaje (bucket girl), Gschnapp (witch), and heavily bearded Laggeroller. The two main characters, however, are the Scooter and the Scheller. The Scooter wears a smooth mask with pursed lips, a Tyrolean costume, a belt of small sleigh bells (Gröll), and an and an elaborate headdress looking like a decorated Christmas tree. The Scheller, represented by this mask, has an oversized mustache, and wears a costume and headdress similar to the Scooter‘s, but his belt has large cowbells (Gschall). In addition, the Scooter carries a large horsehair whisk on a long stick, while the Scheller carries a long stick. During the parade, they dance together, with the Scooter hopping up and down, and the Scheller calmly jingling his Gschall.