Axel Hoedt is a professional photographer who has published important collections relating to German, Austrian, and Swiss Carnival, known locally as Fastnacht or sometimes Fasnacht.  Hoedt’s unique approach is not that of an ethnographer or documentarian. His technique instead conveys a personal interpretation of the mood in which the masked and costumed figures are enveloped, treating his subjects with alternating techniques of portraiture and action photography. Chief Curator Aaron Fellmeth interviewed Hoedt about his books and his approach to the subject in October 2018.

Curator: You were born in Freiburg, Germany, and grew up in the small town of Staufen to the south. What was Carnival (Fastnacht) like in that part of Baden-Württemberg? How would you describe it?

Hoedt: Fastnacht was quite a lot of fun as a kid, although I often tried to stay clear of the village during the period, when it was full of drunkards who became too friendly for comfort. In my village, it’s a pretty organized affair, with the highlight being the traditional opening and symbolic takeover of the Town Hall. After that, everything happens mainly indoors, in members-only Oktoberfest-style festivities. But celebrations vary from village to village, and it is an altogether different story only 10 to 15 km away, where it might be celebrated publicly or might not be celebrated at all. Much depends on whether the village religion is traditionally Catholic or Protestant.

Curator: What is your favorite Fastnacht memory?

Hoedt: There are too many! Each village presents another treat, another bizarre moment. The people are amazing, welcoming. Possibly the best part was working with my assistant, Bernhard Deckert, who treated the project like it was his own.

If I had to pick one memorable day, it would be in Wilfingen, when we were photographing the straw-bear as he was dressing in his costume. He got more and more drunk the longer it took. When the Fastnacht parade finally started, I realized that almost the whole village was in the procession, with an audience of only about 10 people watching. As we were leaving later that evening, after the straw-bear had collapsed, we saw the last procession by the headlights of our car. The Narren (costumed fools) were still running through the night, unwatched by anyone.

Curator: What does the mask mean to you?

Curator: Artistically, who are you greatest inspirations?

Hoedt: This changes continuously. Everything feeds into it. I still love the novels of Boris Vian: L’herbe rouge and L’arrache coeur. I saw some mind-blowing Polaroids from the photographer Jim Goldberg the other day. And there will always be the German photographer Michael Schmidt (1945-2014), who was for me highly influential, especially his book Waffenruhe (Ceasefire). It was the first exhibition that I saw while studying under Gottfried Jaeger, and to this day I remember the dark black and white prints, and Schmidt’s intensity when talking about his work.

Curator: In your work, portraiture and fashion photography styles seem to dominate. Given the wild colors and wilder behavior of the Narro (fool) characters, this is obviously a conscious choice. What made you decide to approach your subject from this somber viewpoint?

Hoedt: I was never interested in a documentary approach or a clear representation of the figures and traditions. This was always a very personal story. The calmness, stillness and choice of characters carefully selected to give space to my interpretation.

Curator: Is there something about a Narro out of the Carnival context that grabs your imagination?

Hoedt: The whole thing has to be seen in the context of Christianity, with Fastnacht hinting at the coming period of fasting and contemplation that follows it and ends at Easter. So yes, I do like the idea of a good party before considering your own mortality.

Curator: Many of your photographs for Once a Year and Dusk are taken in a studio, but some seem to be outdoors, in regions of persistently cloudy weather. How do you make your lighting decisions?

Hoedt: There were no rules concerning setup and lighting. I was aiming to organize an indoor studio setup in every village, which most of the time worked out. It helped a lot that the temperatures were freezing at this time of the year. But often we just ended up shooting in someone’s backyard, which brought a kind of dark reality to the images, and a randomness that broke the uniformity of the studio portraits. So you get the whole mix of heavily flashed large format studio photography, blurry outdoor location shots, and badly processed Polaroids (and everything in between).

Curator: You have published so far two volumes of photography on Carnival costumes in southern Germany, Austria, and Switzerland: Einmal im Jahr (Once a Year) in 2013 and Fast Nacht (Dusk) in 2015. What made you decide to do the second volume?

Hoedt: The pure amount of material. I started shooting in 2008 and continued to work on the project until 2012. By the time the preparations for the first volume were well on their way, and with a vast number of images not having made the cut, my publisher (Gerhard Steidl) and I decided to do a second volume, which was a great chance to re-interpret the theme.

Curator: I understand you are working on a third volume now. What is your objective with this new collection, as opposed to the previous two? Do you have a grand vision for the whole project?

Hoedt: The new book is about the project that inspired me in the first place to work on the Fastnacht series. It is moving away from Carnival traditions, but still dealing with masks. This time they are created and worn by J.J. Hudson, also known as Noki, who is a subversive artist working mainly with textile collages and one-off fashion pieces, presenting a kind of assault on the homogeneity of mass-produced garments. He always wears a mask in public to preserve his anonymity. As for the overall vision, yes, there is a link between all the images I create, whether it is portraits, masks, stills, landscapes, or abstract images. To me, it seems they are all part of a big pile of images that you can shuffle in any direction, always creating new connections.

Curator: Do you have any plans to release collections of photographs depicting masquerade in other contexts?

Hoedt: At this stage, I feel more drawn to new projects.

Curator: Are you familiar with the work of Charles Fréger and Phyllis Galembo? What are your impressions?

Hoedt: Charles and I first met in 2001 when we both exhibited at a festival in Hyères, France. Declan Long perfectly analyzed our different approaches in his essay Fear Custom in Source magazine. As Long puts it, Fréger’s style is documentary, while mine is more eclectic. I first saw Phyllis’s work in 2012, but we ended up exhibiting together in 2014. Like Fréger’s work, Galembo uses a more representative mode. Great body of work!

Hoedt: Absolutely. Otherwise, it has no chance of catching mice.

Axel Hoedt’s Once a Year and Dusk are available on Amazon.com or directly from the publisher:

A children’s jugada atop the Queen’s Hill. 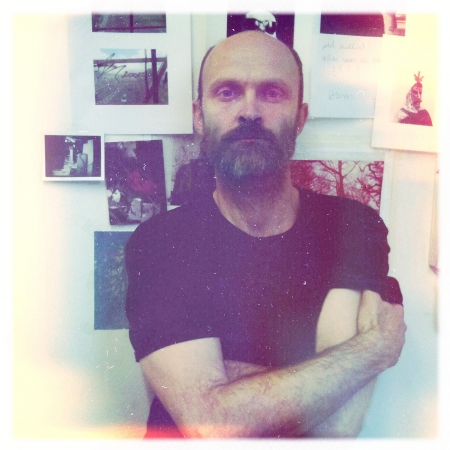 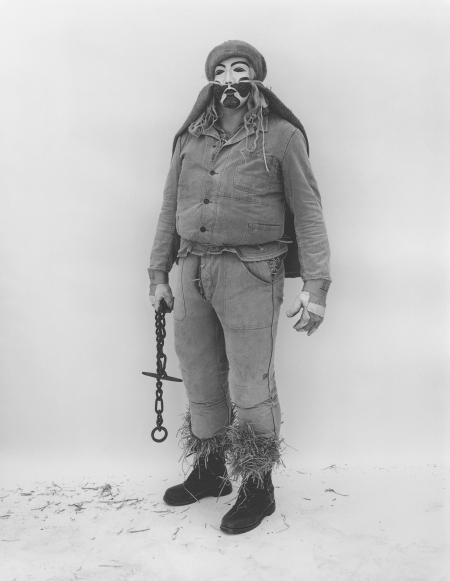 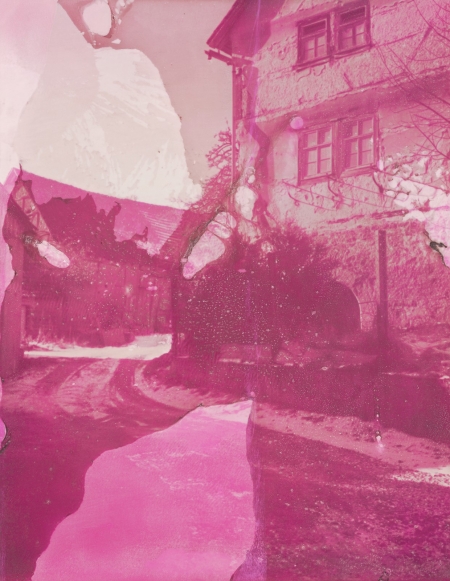 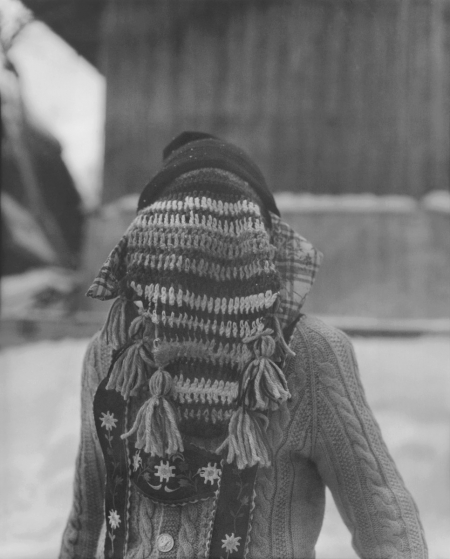 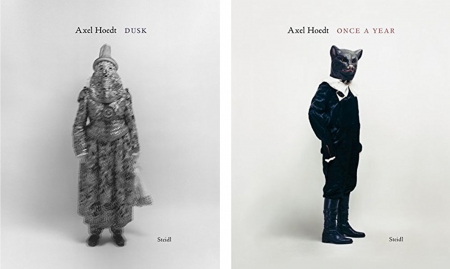