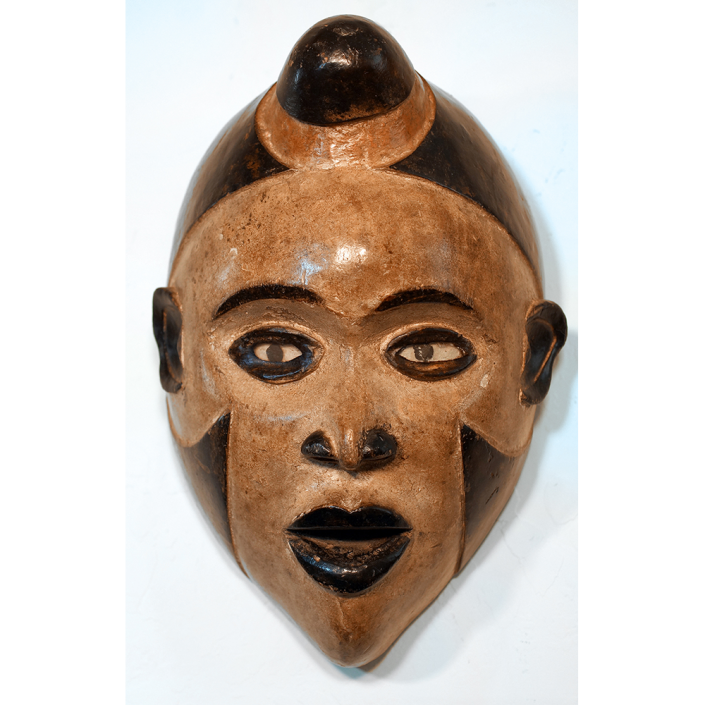 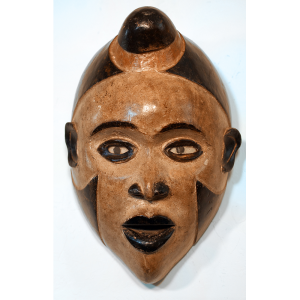 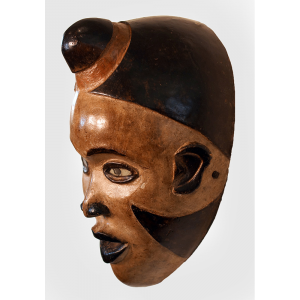 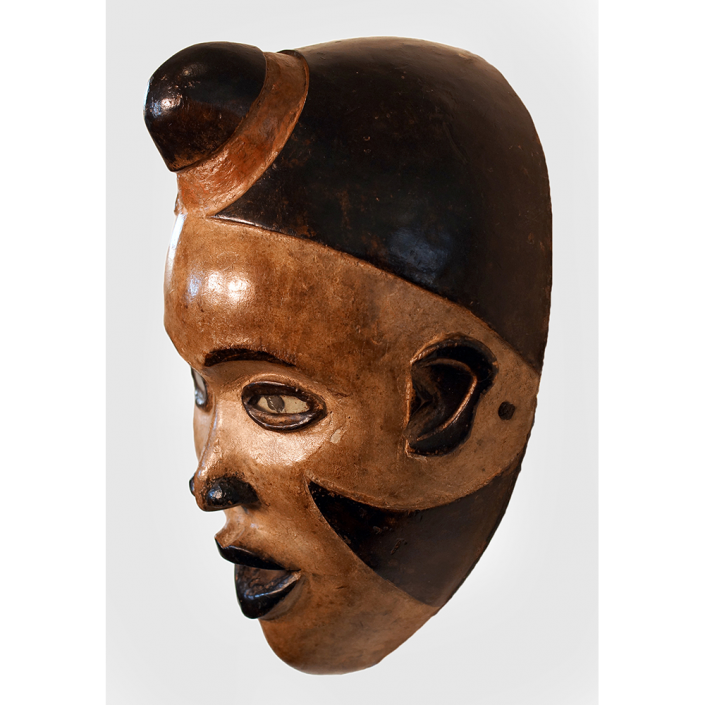 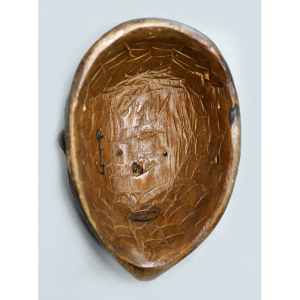 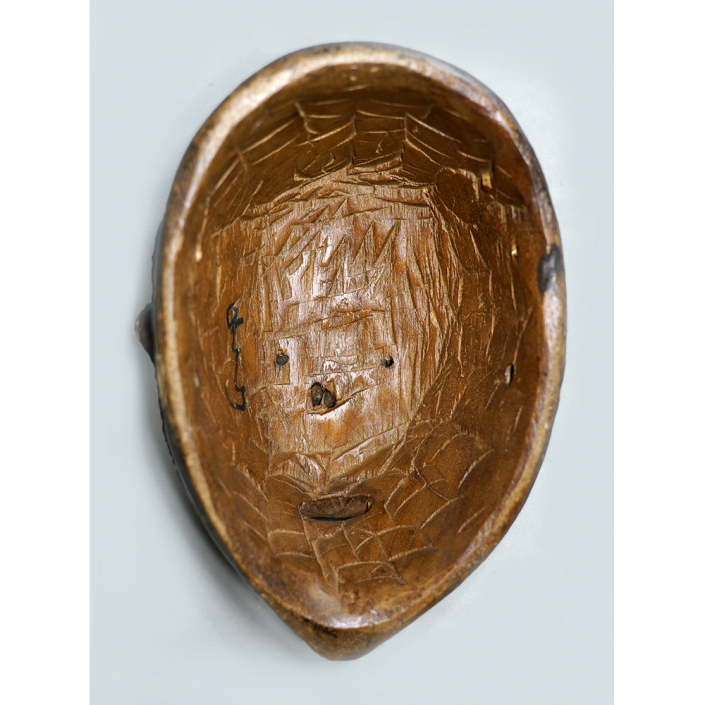 The Kongo (or Bakongo) is a populous nation historically inhabiting the west coast of central Africa, now confined to the southern part of the Democratic Republic of Congo and northern Angola. The Kongo maintain an animistic religion based on ancestor cults and worship of the supreme god Nzambi. The Kongo people are divided into several subethnicities, including Beembe, Bwende, Vili, Sundi, and the makers of this mask, the Yombe.

The nganga diphomba, or diviner, plays an important role in Yombe society, detecting and punishing sorcery. Most major social ills are attributed to sorcery in Kongo cultures, including drought, crime, and accidents. The society of diviners wears two kinds of masks to identify and punish sorcerers, male (with a beard) and female (with a topknot). Both masks evoke ancestor spirits for the protection fo the diviner. With the mask, they paint their bodies and wear a skirt of turaco feathers and a belt of brass bells.  They use their own sorcery (kundu) to detect the culprit and counteract their curses.

Such masks may also be also used by the Khimba Society in adult initiation rituals, probably by the nganga diphomba himself.