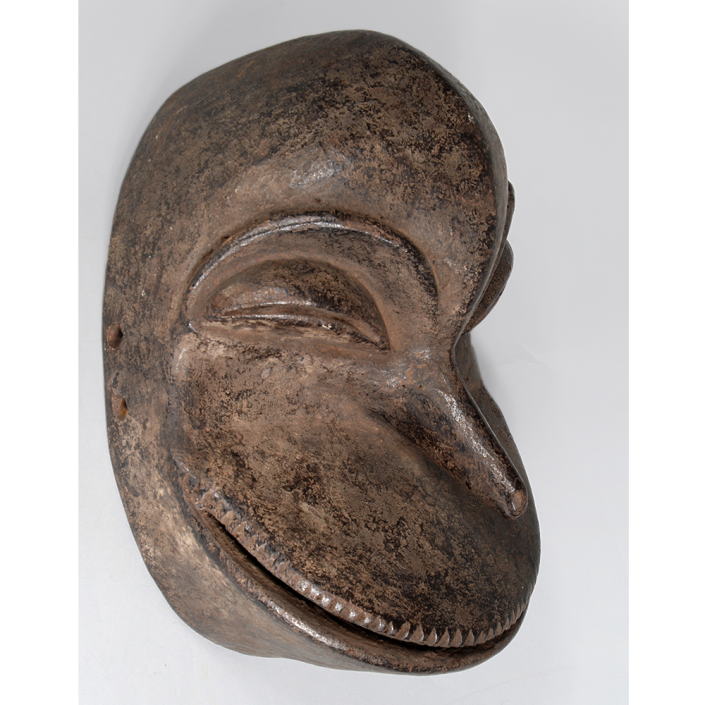 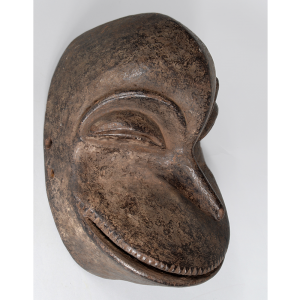 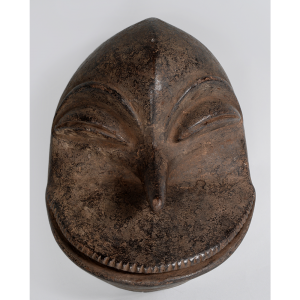 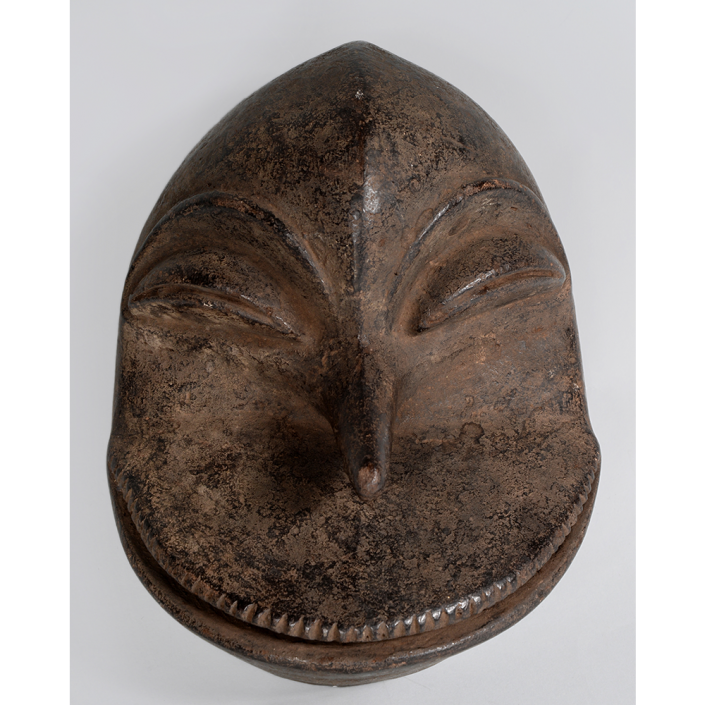 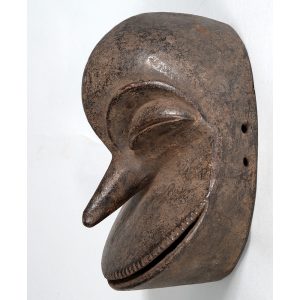 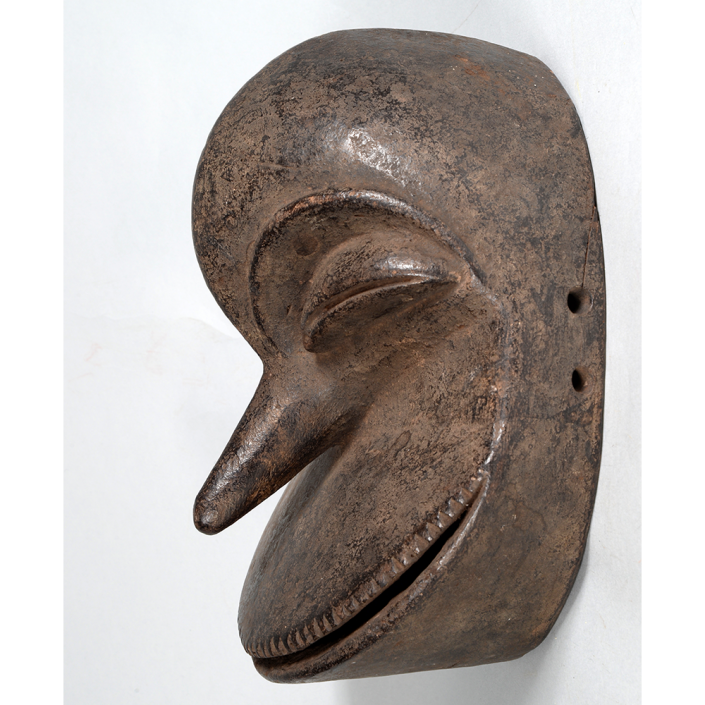 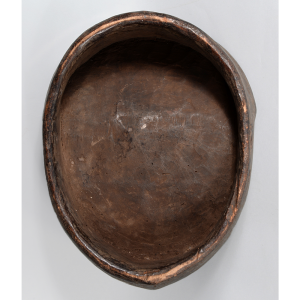 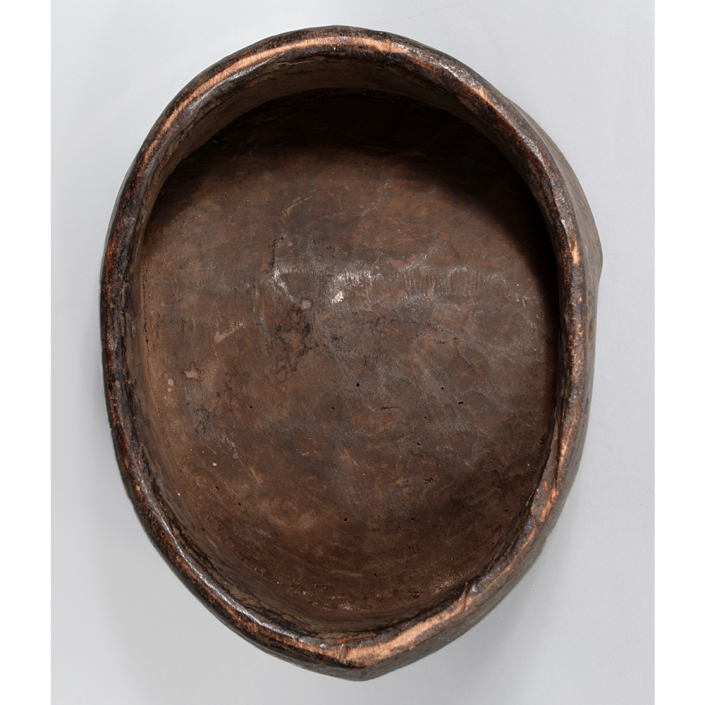 The Hemba people of southeastern Congo are an agricultural group closely related to the Luba people. They live in ancestor-based clans headed by an elder (fuma mwalo) and organized by a secret society for men (Bukazanzi) and one for women (Bukibilo).

Among the east African peoples, masks rarely represent non-human primates, because the resemblances to human beings are considered unsettling. One important exception is the soko mutu (“man’s brother”) mask of the Hemba. The soko mutu represents a chimpanzee, and the raised eyebrows and wide, jagged mouth are intended to be fearsome.  The Hemba dance the soko mutu mask at funerals in order to symbolize the presence of death in the form of a chimpanzee spirit. Recently, some Hemba have begun calling the mask misi gwa so’o (chimpanzee spirit).