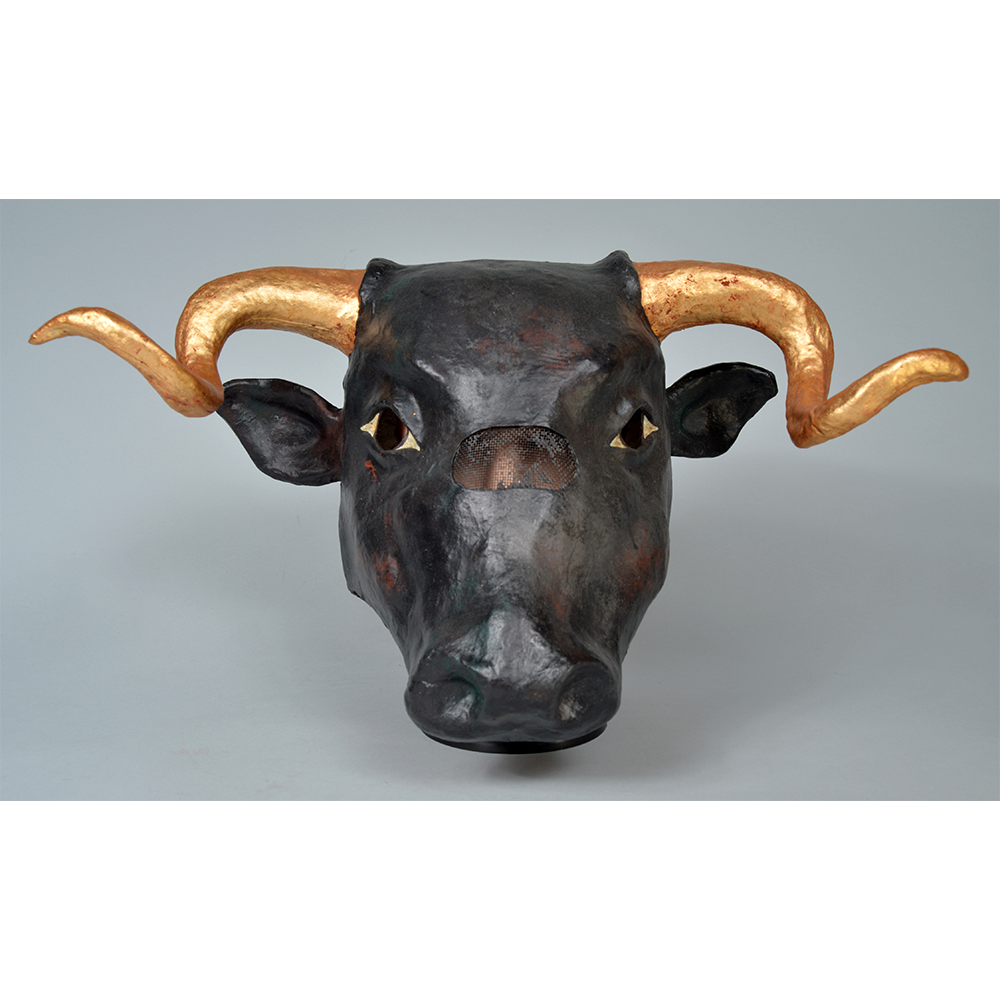 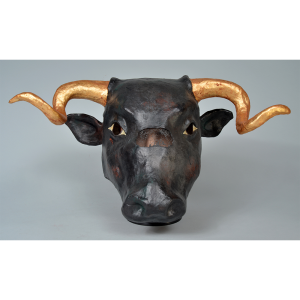 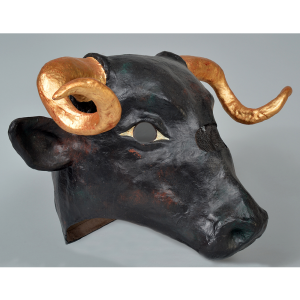 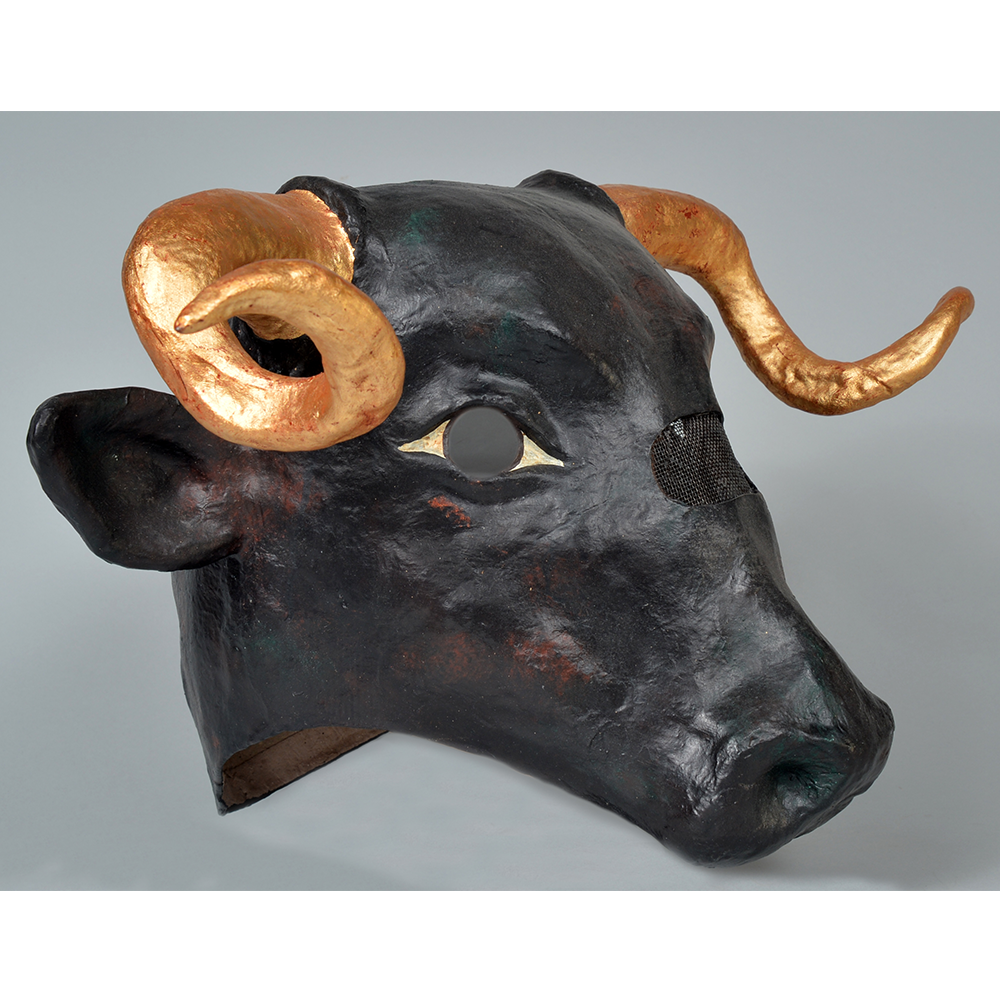 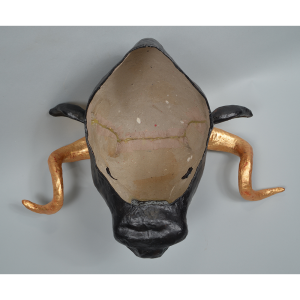 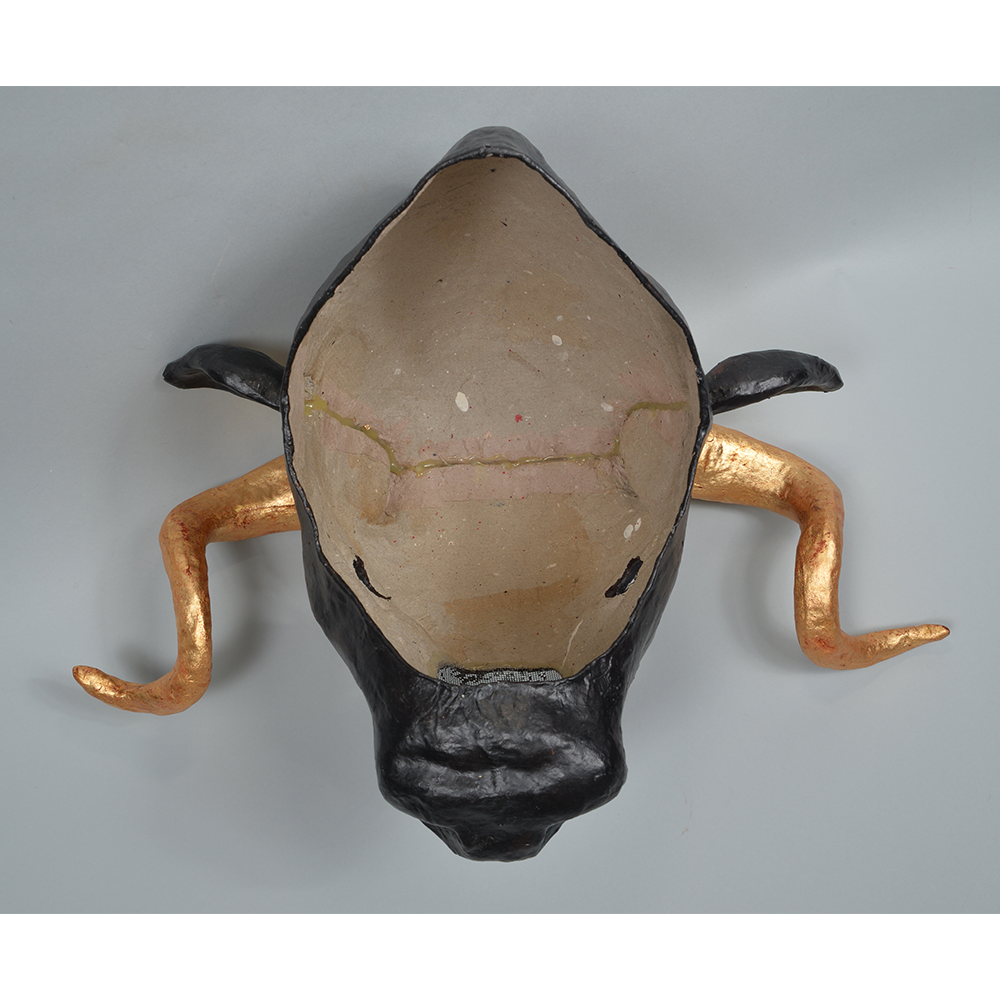 Carnival is celebrated throughout Catholic Europe with parades and other festivities, often including masqueraders. For centuries, Spaniards venerated the ritual of bullfighting, inherited from Roman gladiator contests, and it is still practiced in parts of Spain. Although several regions, including Catalonia since 2012, has banned it as unnecessary cruelty to animals. Nonetheless, the symbol of the bull survives as part of Spanish culture and tradition. The bull is consequently a popular character in Spanish Carnival due to its association with virility and strength. 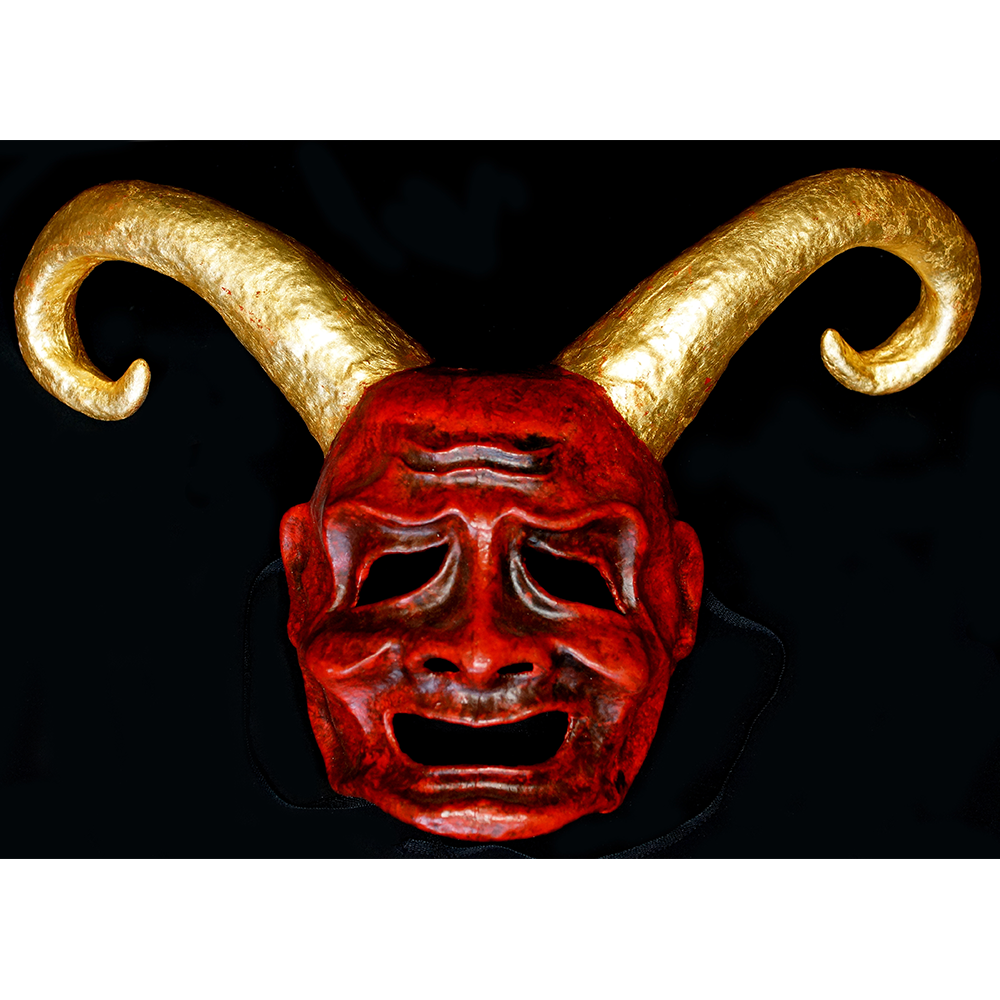 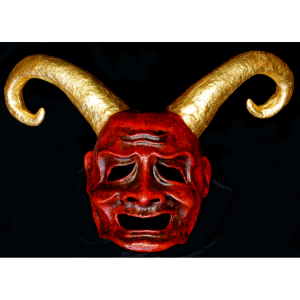 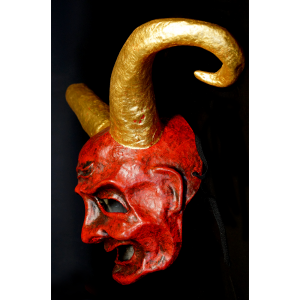 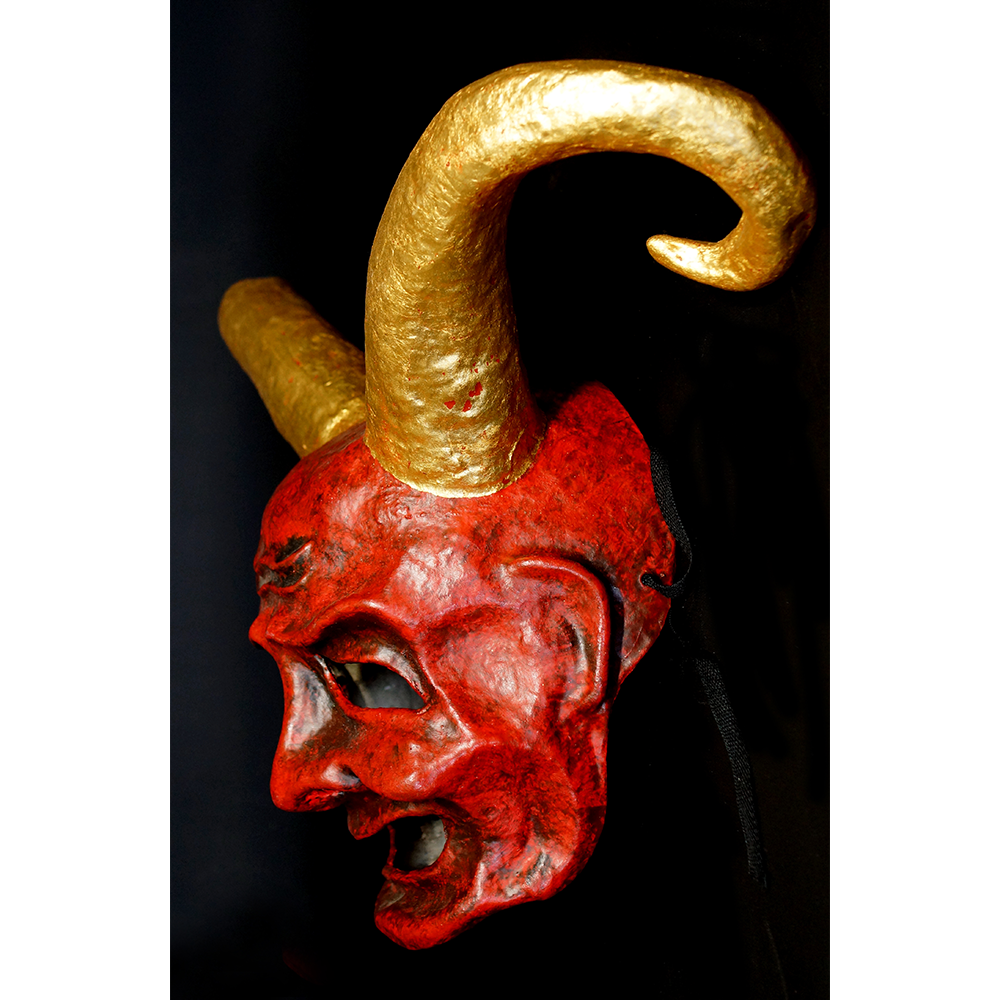 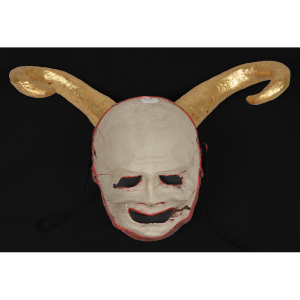 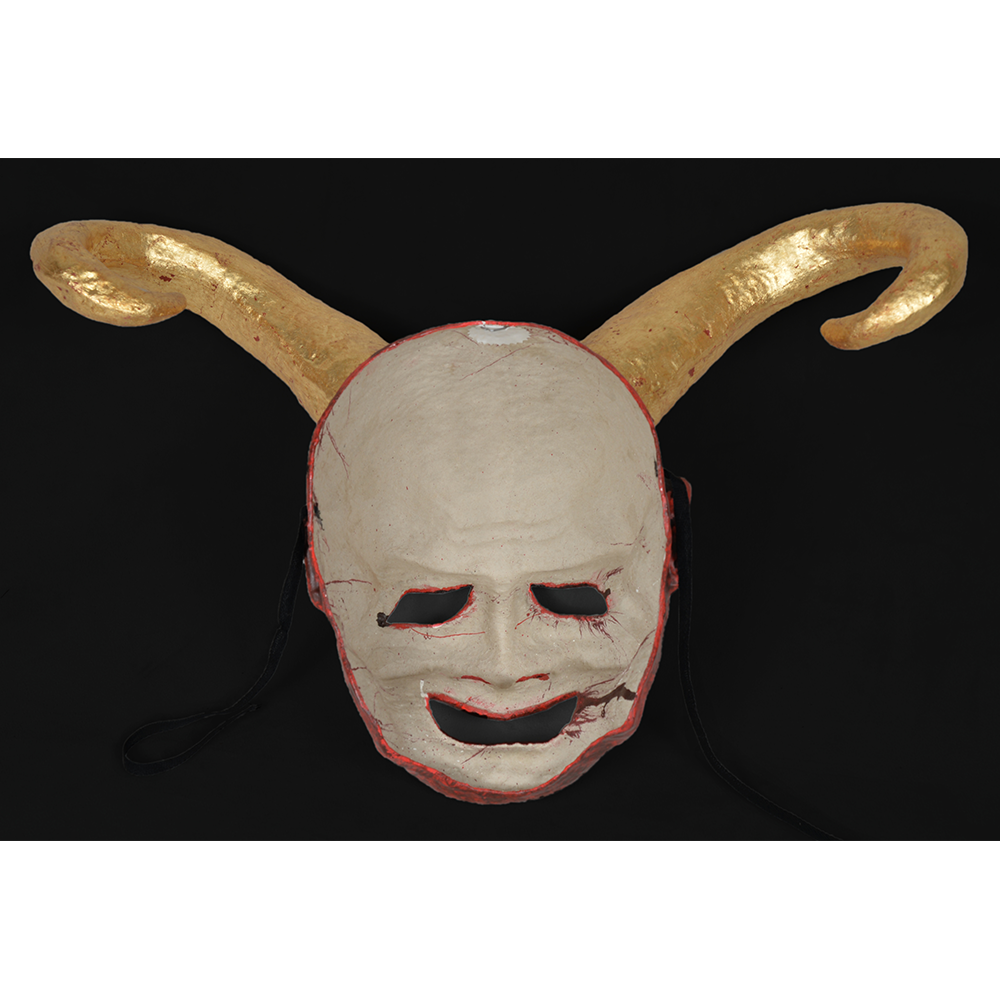 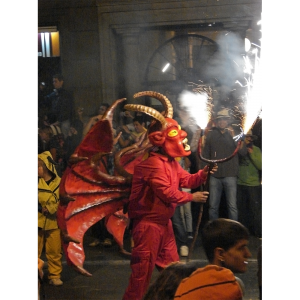 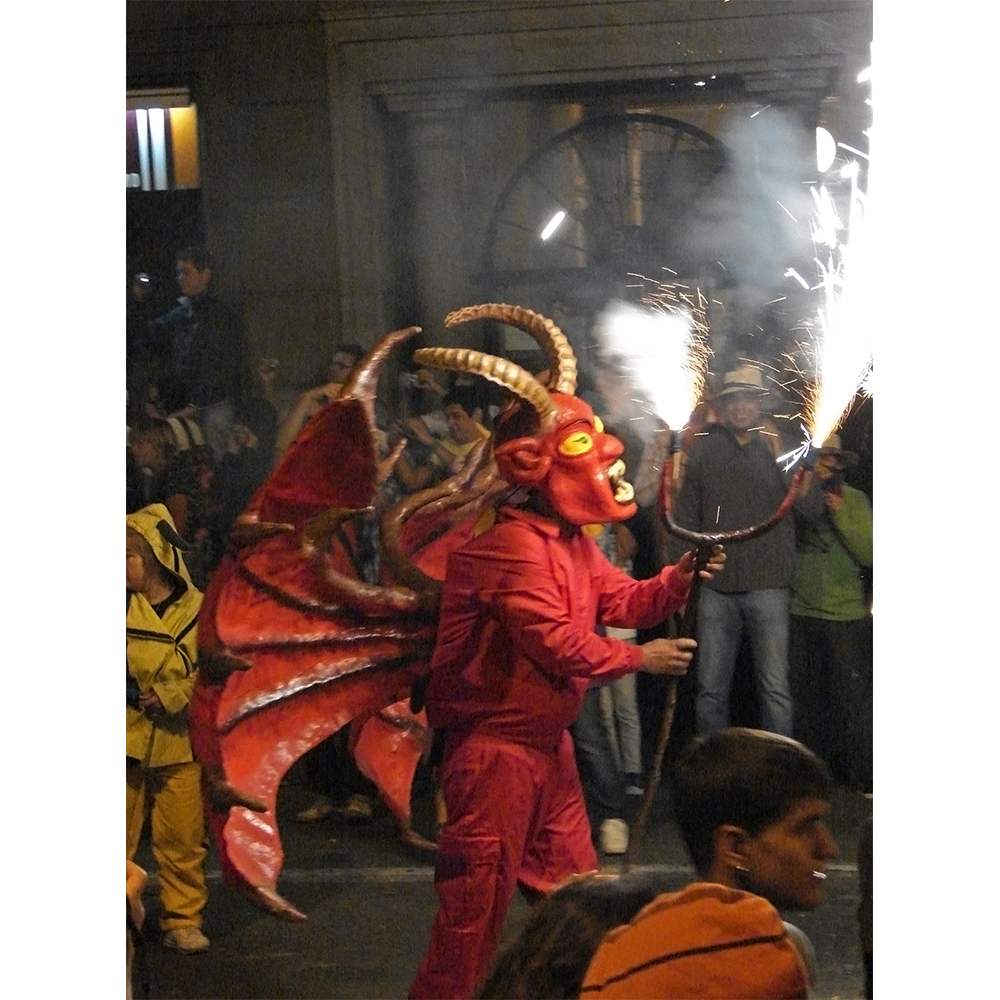 Correfoc (“fire run”) is a Catholic ritual parade performed during the Festes de Mercè (Festival of Our Lady of Mercy) in Barcelona every September. Correfoc, one among the many events of the Mercè, is traditionally celebrated by posting a large sculpture representing the gates of Hell at the end of a major street after sunset, through which the Diable (Devil) enters shooting sparks from his pitchfork, along with an army of lesser devils doing the same. The flying sparks create a spectacle that is entrancing, but slightly perilous to the nearby crowd. Accompanying the devil army are fiberglass floats of hellish monsters with spark-throwers of their own. The event is undoubtedly calculated to instill a fear of Hell in the spectators.