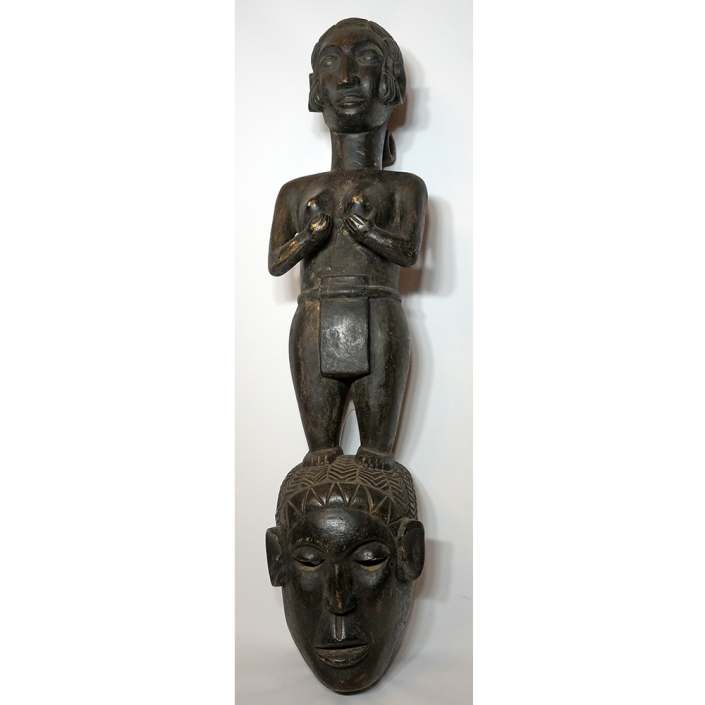 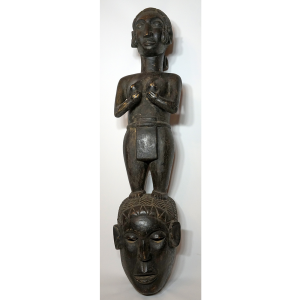 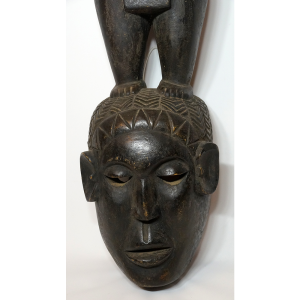 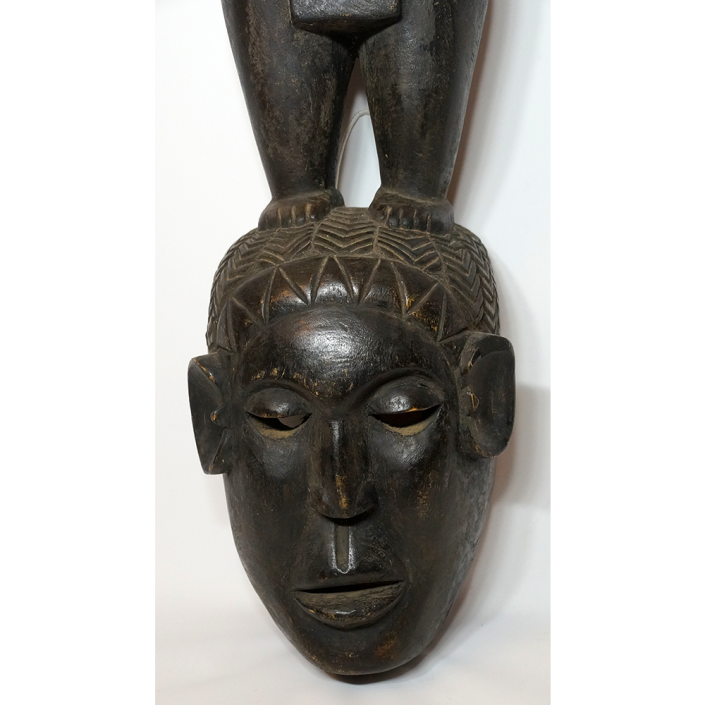 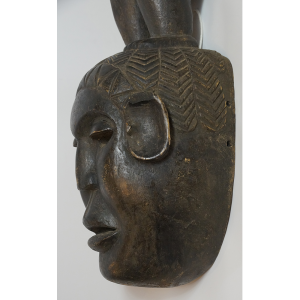 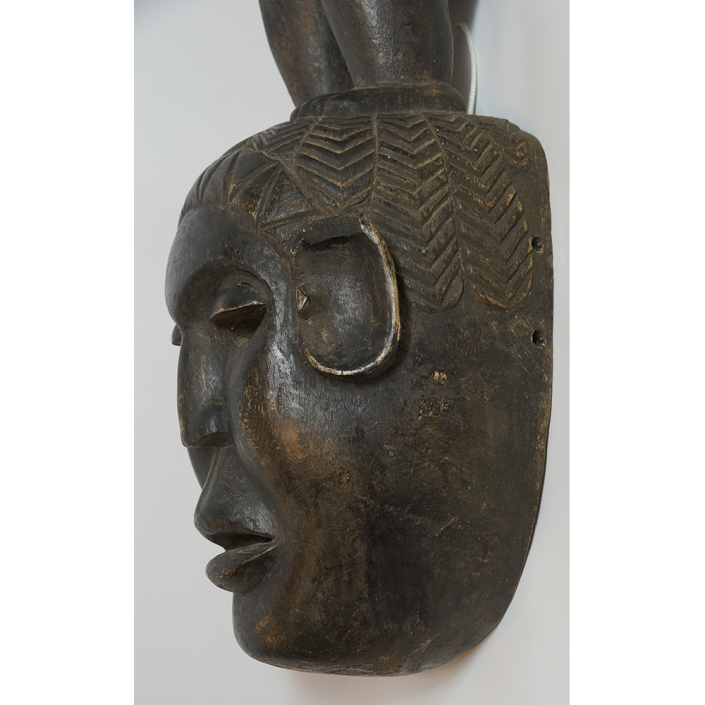 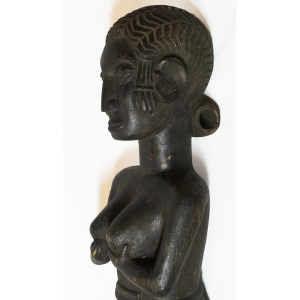 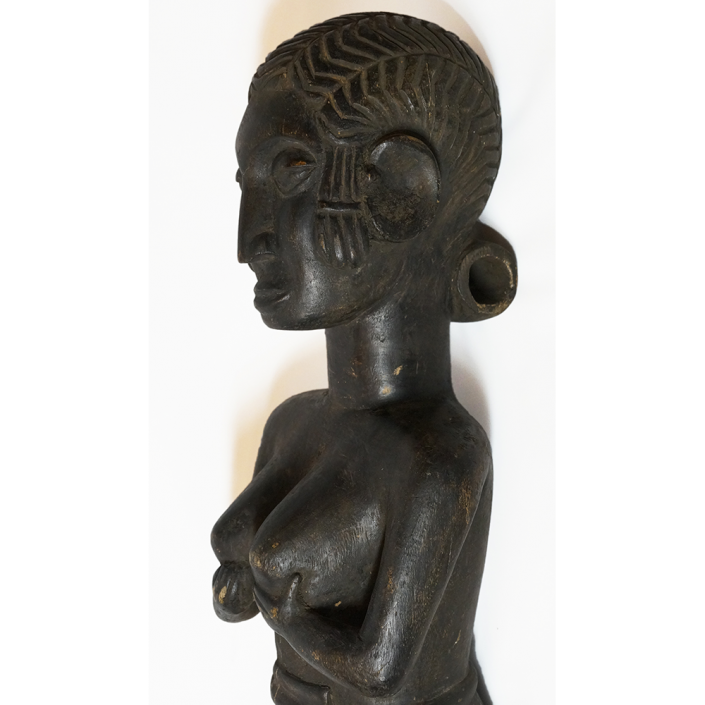 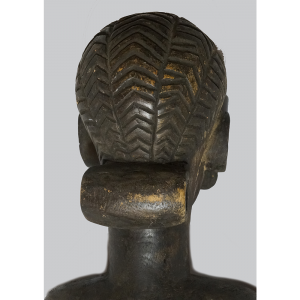 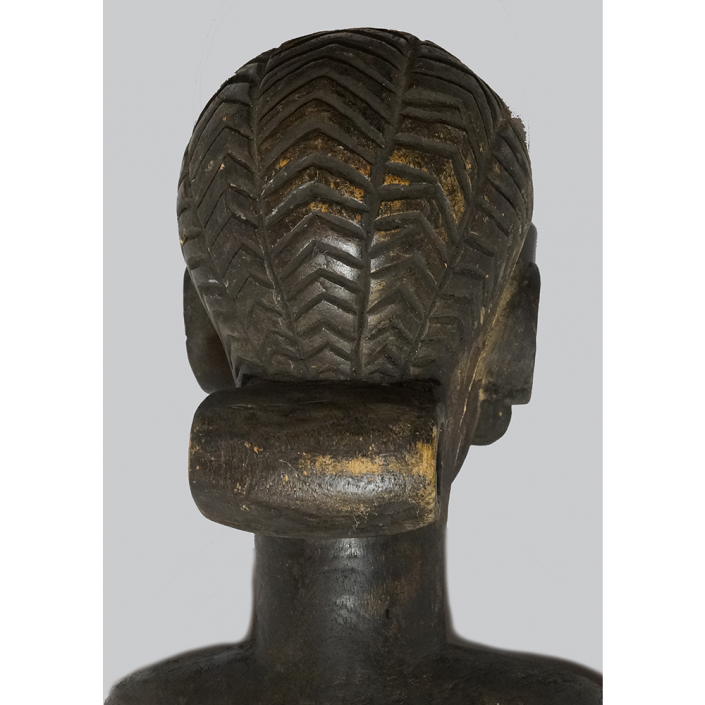 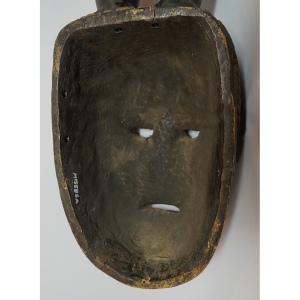 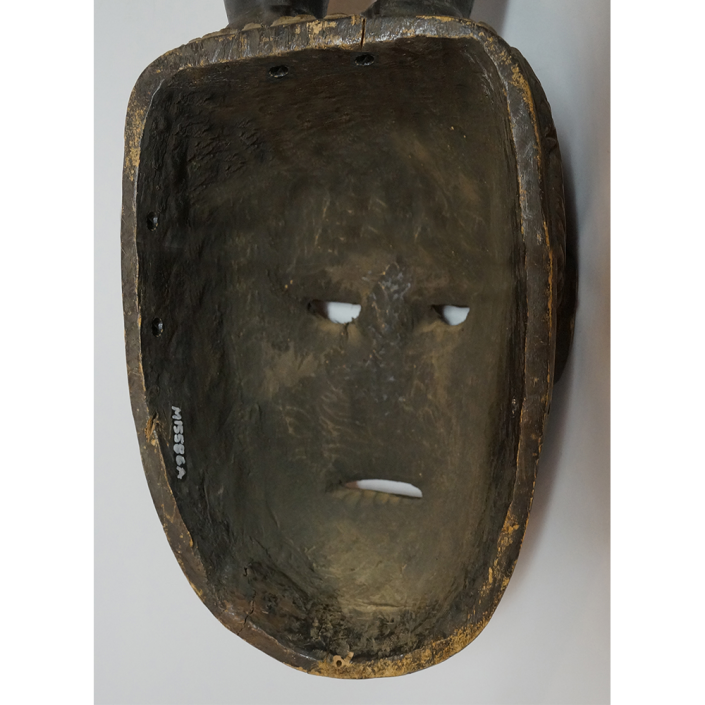 The Baga people of the Guinea swamp lands traditionally maintained animist beliefs revolving around a creator god named Kanu, until most were converted to Islam following the introduction of colonialism in West Africa. For a period, the Baga mingled Islamic with animist traditions.  They were governed by traditional lineages and the Simo Initiation Society.  Their best known masks from this period were relatively abstract. Large shoulder masks (N’mba) representing women, and or tall snake spirits (Bansonyi) were used in Simo Society initiation rituals, funerals, weddings, and other major social events.

At independence in 1958, the new Islamic-Marxist Guinea government tried to extinguish Baga cultural identity, and masking traditions all but disappeared until 1984, when a coup liberalized the country. Many members of Baga society began reintroducing animist rituals, but much of the old culture has been lost. Virtually nothing is known about ancestor masks such as this one.