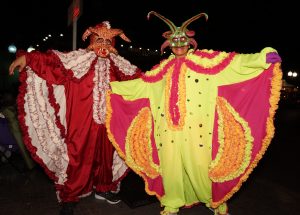 The vejigante is the symbol of Ponce’s Carnival.

The Carnival of Ponce, Puerto Rico, combines antique traditions with modern innovations to produce a world-class celebration. Ponce, the second largest city in Puerto Rico, sits on the island’s southern central coast. Each year during Carnival, Ponce organizes a parade featuring a character dating back hundreds of years, the vejigante. The vejigante wears a bright costume with bat-like wings and a paper maché mask painted in bright colors, usually reds, greens, and yellows.  Their name is a composite word meaning “bladder (vejiga) giant (gigante),” and refers to the tradition of the character carrying an inflated cow or goat bladder, which they use to whack unsuspecting passers-by on the rear. 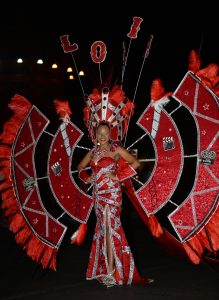 A Carnival queen, one of the modern innovations, visits from the town of Loiza during the Ponce night parade.

The vejigante character is demonic, with multiple forward-pointing horns and sharp fangs. The tradition of using devil masks during Carnival to dissuade the public from sin and scare them into church attendance dates to at least 17th century Spain. The tradition was brought to Puerto Rico during colonization, with African and Taino influences coloring the appearance of the mask and costume. 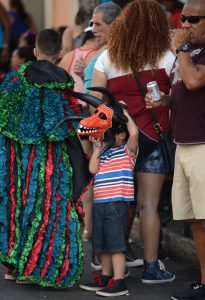 A young boy tries on his brother’s mask during a lull in the parade.

The Ponce Carnival includes both night time and day time parades, both featuring vejigantes, as well as modern innovations, such as thematic floats, marching bands, and Carnival queens (both adult and child). Some masqueraders use store-bought rubber or plastic Halloween masks, but the traditional vejigante remains the most popular.

Vegijantes may be either sex and any age. Males wear full masks, but females typically wear half-masks covering only the upper part of the face. Some masqueraders make their own masks, but others inherit them from family or buy them from skilled Ponce artisans. In former times, the jaw was frequently articulated to allow the masquerader to open and shut the mask’s mouth, but these have given way to the solid mask of today. To some masqueraders, the larger the mask and the more horns it has, the better, and some masks are enormous and heavy. 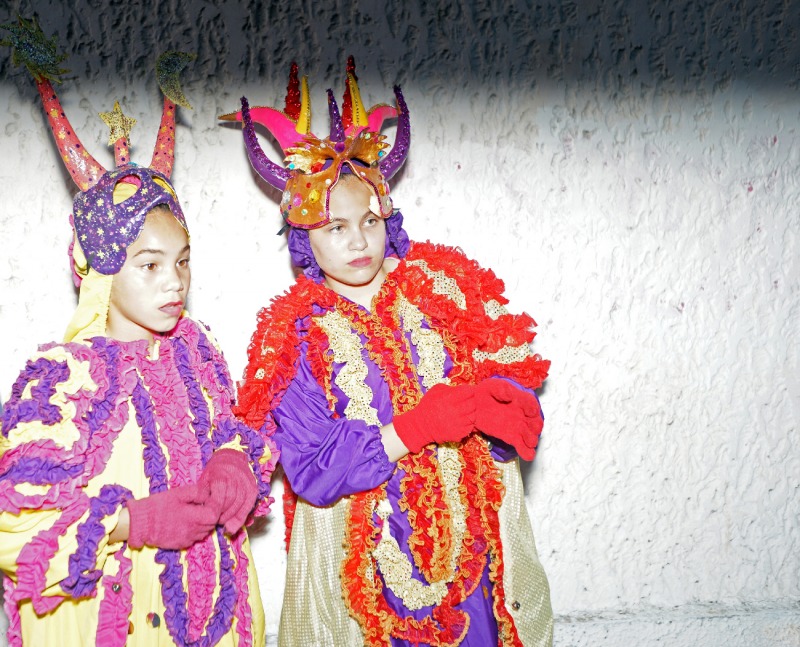 Two young girls take a break from the heat of the parade, which has run into the evening. 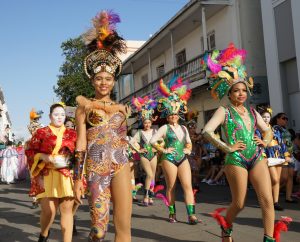 Colorful costumes are a standard feature of Ponce’s Carnival parade.

The modern parade also features dance troops and a variety of live music. The Ponce Carnival is so famous throughout Puerto Rico that people come from all over the island to watch, celebrate, and participate. 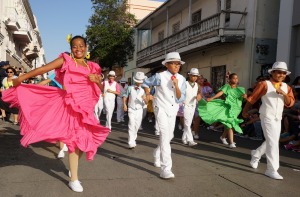 Smartly dressed children show off their dance moves at the Ponce Carnival.

The Carnival ends with a custom adopted in 1967 and originating in Spain, the Burial of the Sardine (El Entierro de la Sardina). This tradition dates back to the medieval ages and takes place on Fat Tuesday. The ceremony uses a symbolic, giant, mock sardine, with cross-dressing men as mourners. Histrionic weeping and many jokes accompany the burial.

The Ponce Carnival is special because it both preserves ancient traditions and demonstrates the creativity and innovative spirit of the Puerto Rican people. There are other seasonal celebrations throughout Puerto Rico, but Ponce reigns as the king of Carnival.

Vejigantes of all ages in the night parade. 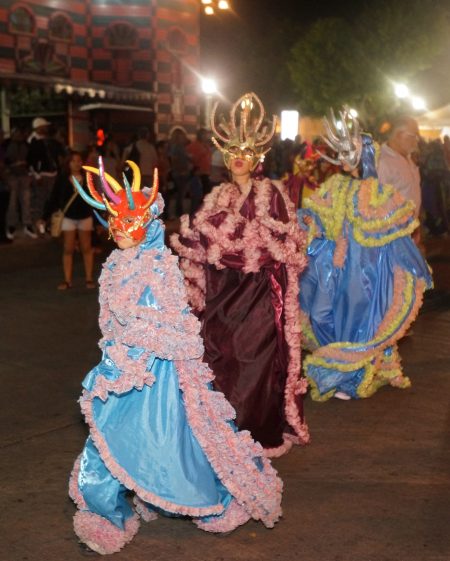 Some characters use nontraditional masks, like this foam-rubber policeman and farmer, for comic effect. 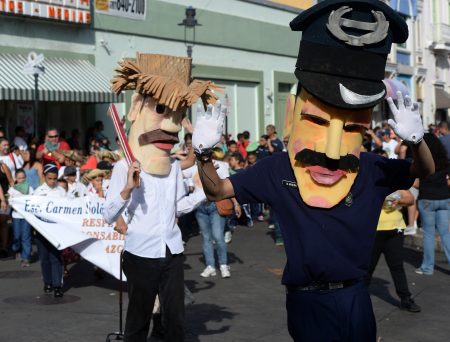 Hidden in the back of the Mi Coqui Souvenir Shop are monumental vejigante masks made by Ponce’s leading mask maker, Miguel Caraballo. This one is approximately 1.4 meters (4.5 feet) tall. 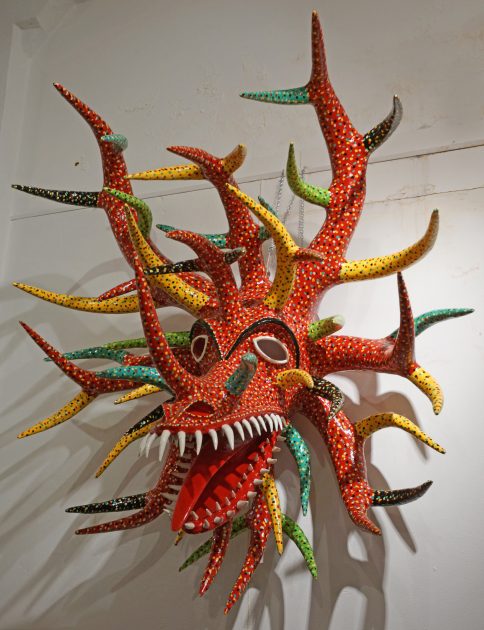 The modern Carnival of Ponce has many innovations. 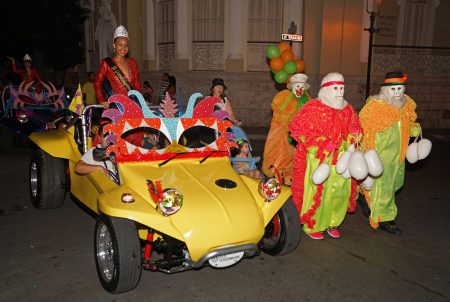 The Carnival of Ponce provides an opportunity for Puerto Ricans to demonstrate their devotion to the lovely island. 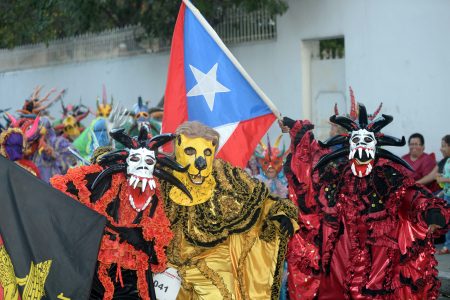 The sardine on parade in both symbolic and anthropomorphic forms. 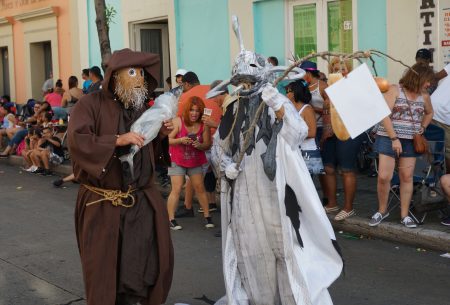