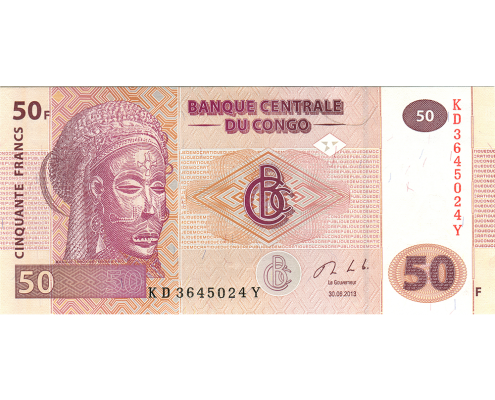 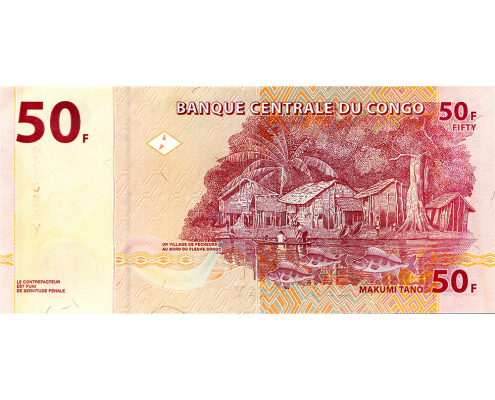 This banknote, printed from 2006 until 2012 by the government of Guinea, is one of several to celebrate the country’s traditional masks in nearly identical ways. This note’s obverse side depicts a woman on the left and a nimba yoke mask of the Baga people on the right. On the reverse, the note portrays an unknown face mask. The representation of masks on Guinea’s currency marks a radical change of policy, as the government of Guinea attempted to eradicate cultural artifacts in a massive “demysticiation” campaign soon after the country gained independence in 1958.