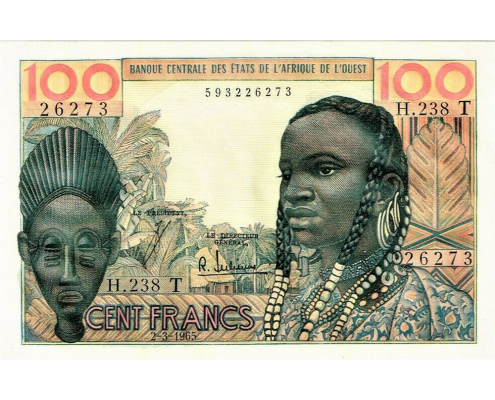 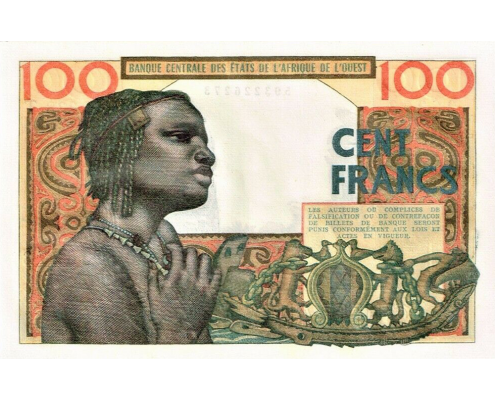 This banknote, issued by the French colonial government from 1959 until 1965, was intended for circulation in the French West African colonial territory, which encompassed modern Mauritania, Senegal, Mali, Guinea, Côte d’Ivoire, Burkina Faso, Benin, Togo, and Niger, until the federation collapsed in 1961. However, the Central Bank of West African States continued to issue this note for eight years more. The note depicts a young woman and a tribal mask of unknown type of the obverse, and on the reverse, a young woman and a coat of arms. This specific note was printed in Togo.