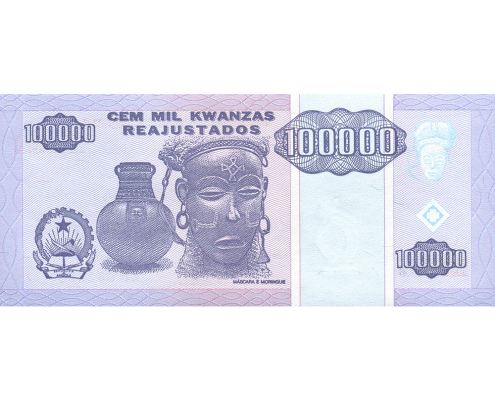 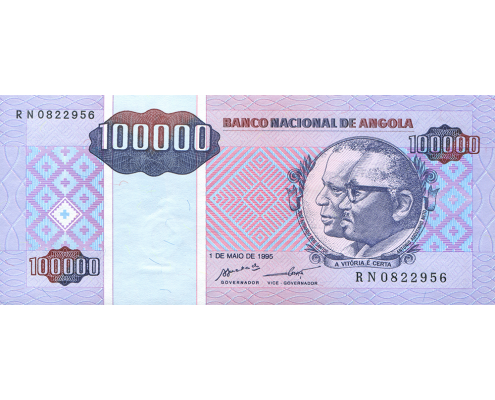 This banknote, printed solely in 1995 by the government of Angola, depicts José Eduaord dos Santos and António Agostinho Neto on the obverse, and on the reverse, a mwana pwo mask of the Chokwe people of Angola and the Democratic Republic of Congo, with a vase and the Angolan coat of arms. The “readjusted” kwanza was a second attempt to revalue the currency during a long, highly inflationary period (the first rescinded the kwanza and replaced it with the “new kwanza” (novo kwanza). It was followed by a third attempt in 1999, replacing the readjusted kwanza with the “second kwanza” (actually, the fourth kwanza).