You are here: Masks1 / Lhakarpo Mask 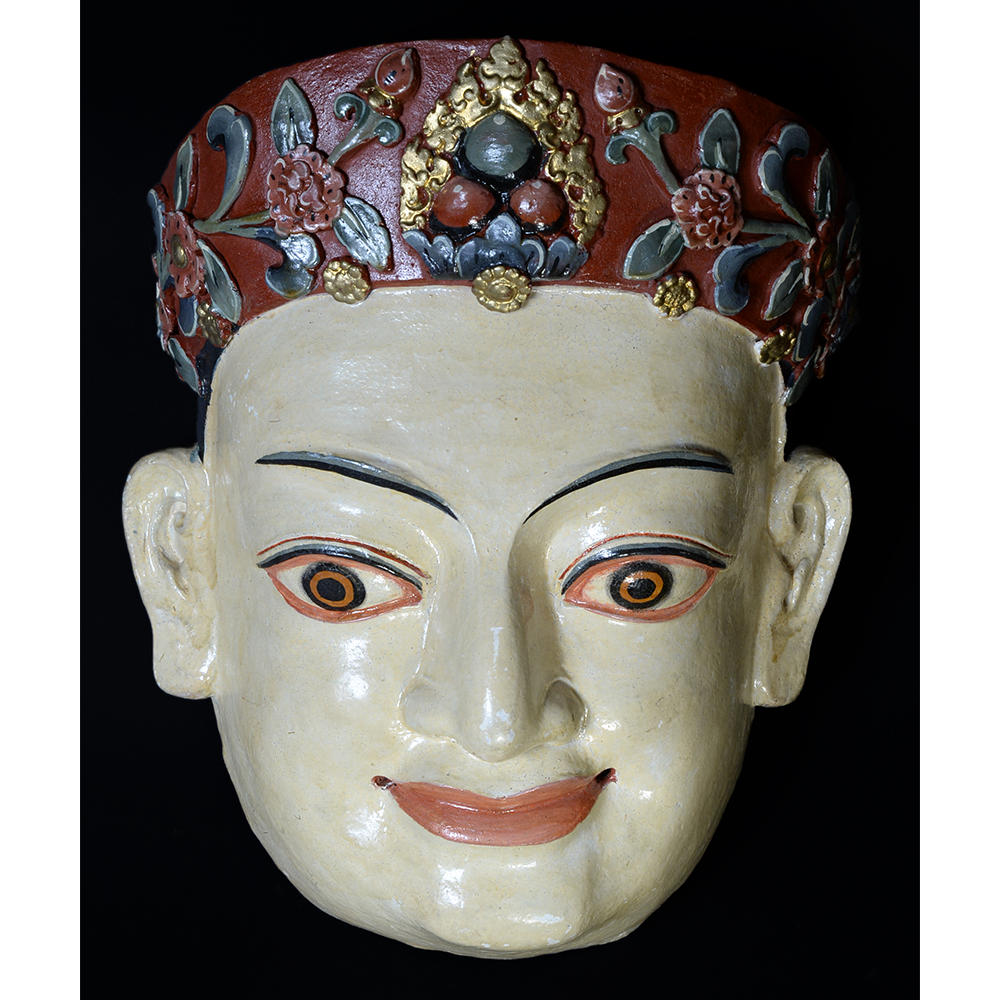 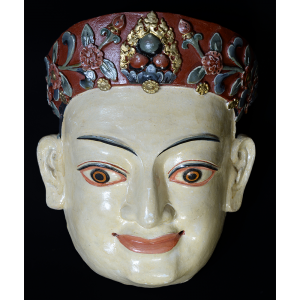 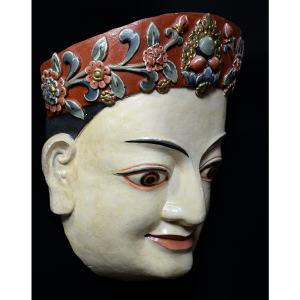 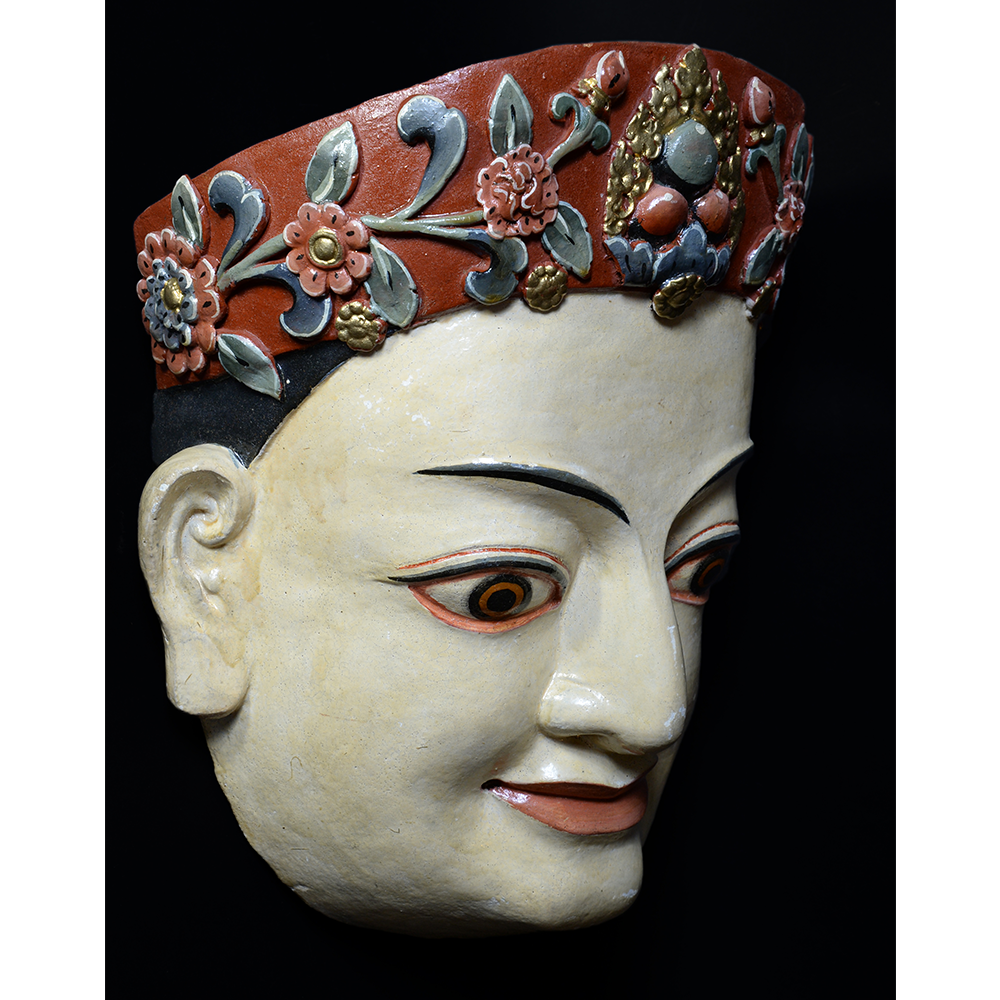 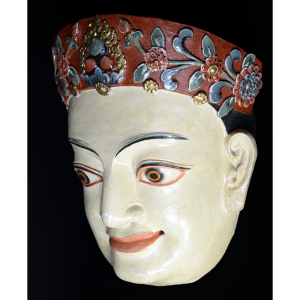 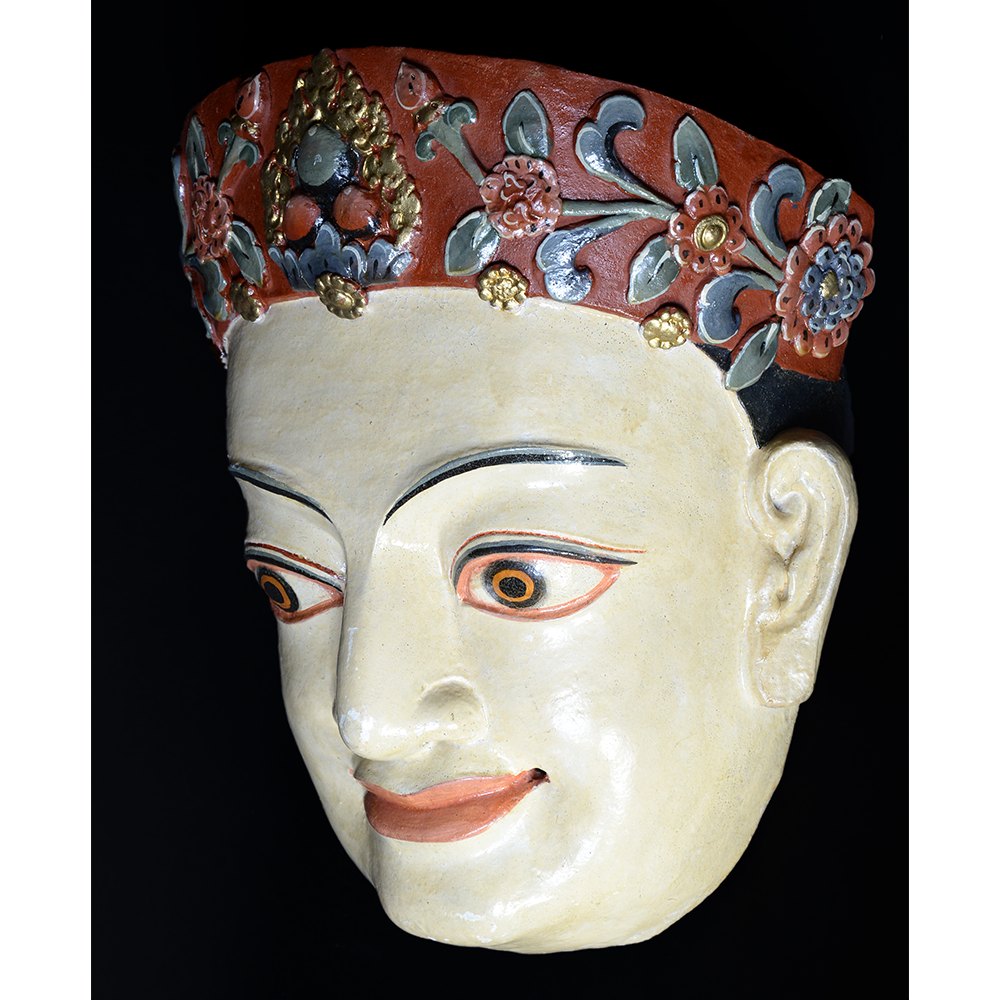 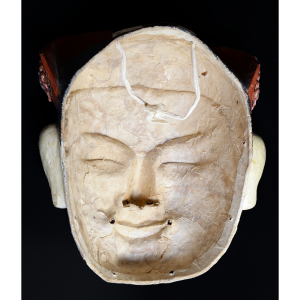 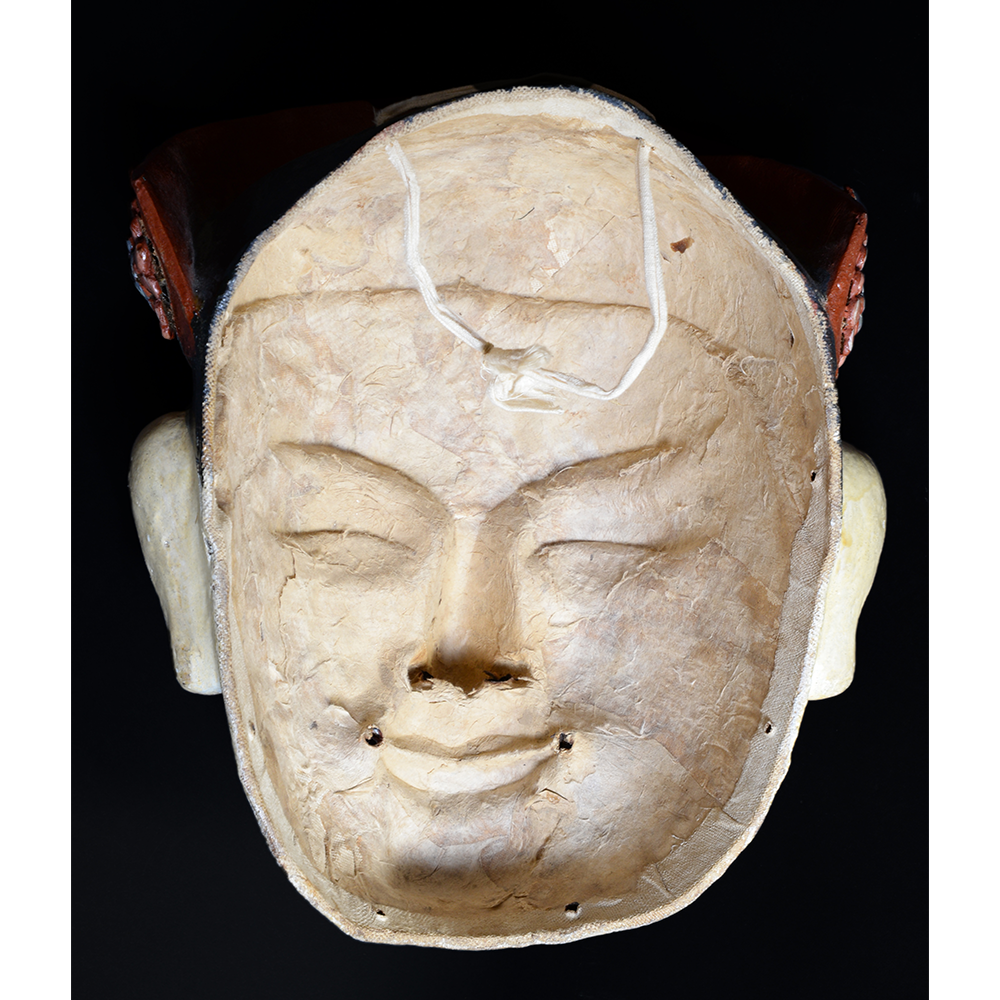 The Ngalop people inhabit western and central Bhutan and are originally of Tibetan origin. The ethnic group includes an estimated 710,000 persons.  The Ngalop are primarily Tibetan Buddhist, and their masks are typically worn at monastery celebrations known as Cham Dances to bless the sowing of the grain, pray for a bountiful harvest, and entertain the public.  This mask, representing the god Lhakarpo, who accompanies the god Choekyi Gyab (also known as Yama), the Lord of Death. Lhakarpo, who lived among men, assists Choekyi Gyab in judging the souls of the dead according to their good and evil deeds to determine how they will be reincarnated. Lhakarpo is considered the incarnation of good and advocate for mankind’s virtues. Along with his demonic counterpart, Due Nagpo (or Dey Nakchuag), he dances during and acts out morality plays for the education of the audience in Buddhist theology in the Raksha Mangcham, the Dance of the Judgment of the Dead.