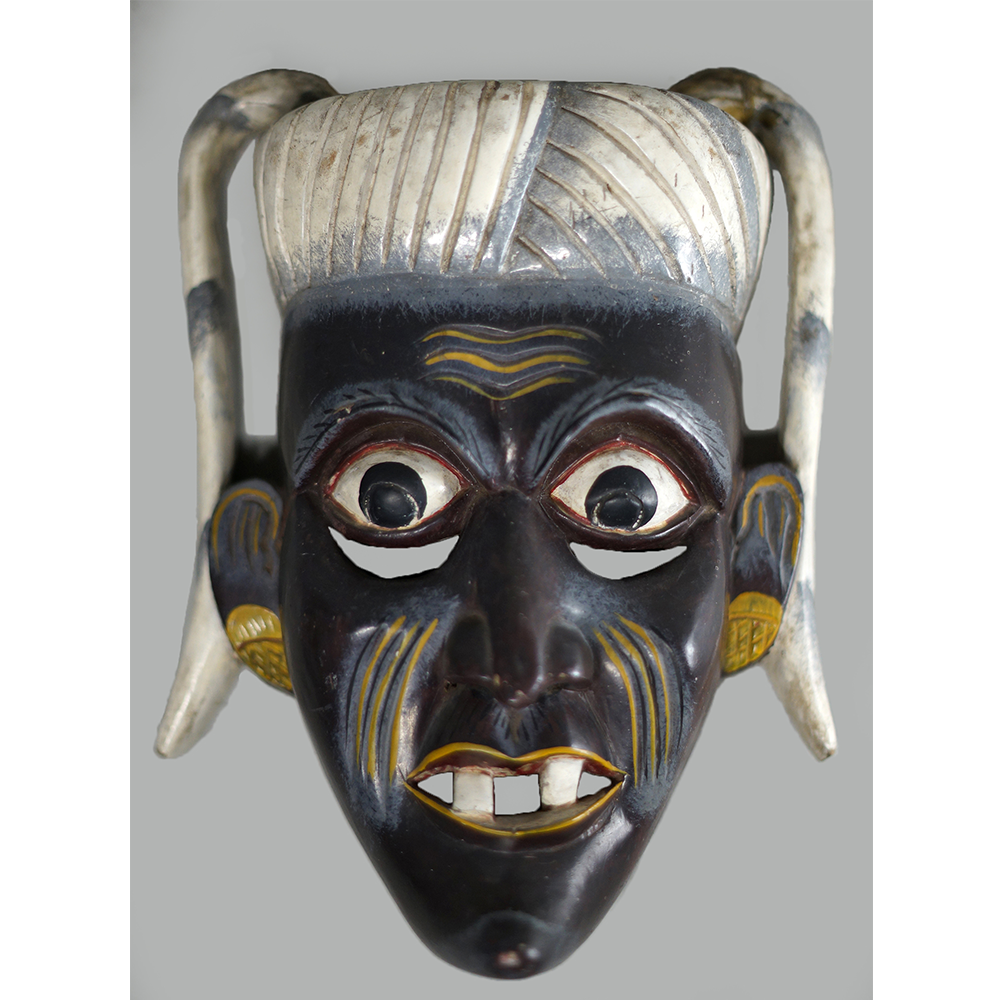 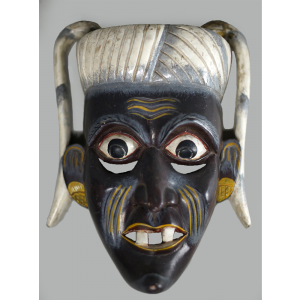 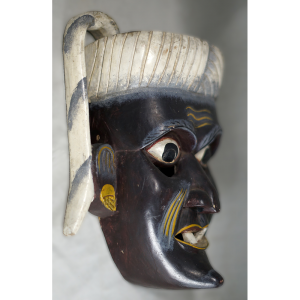 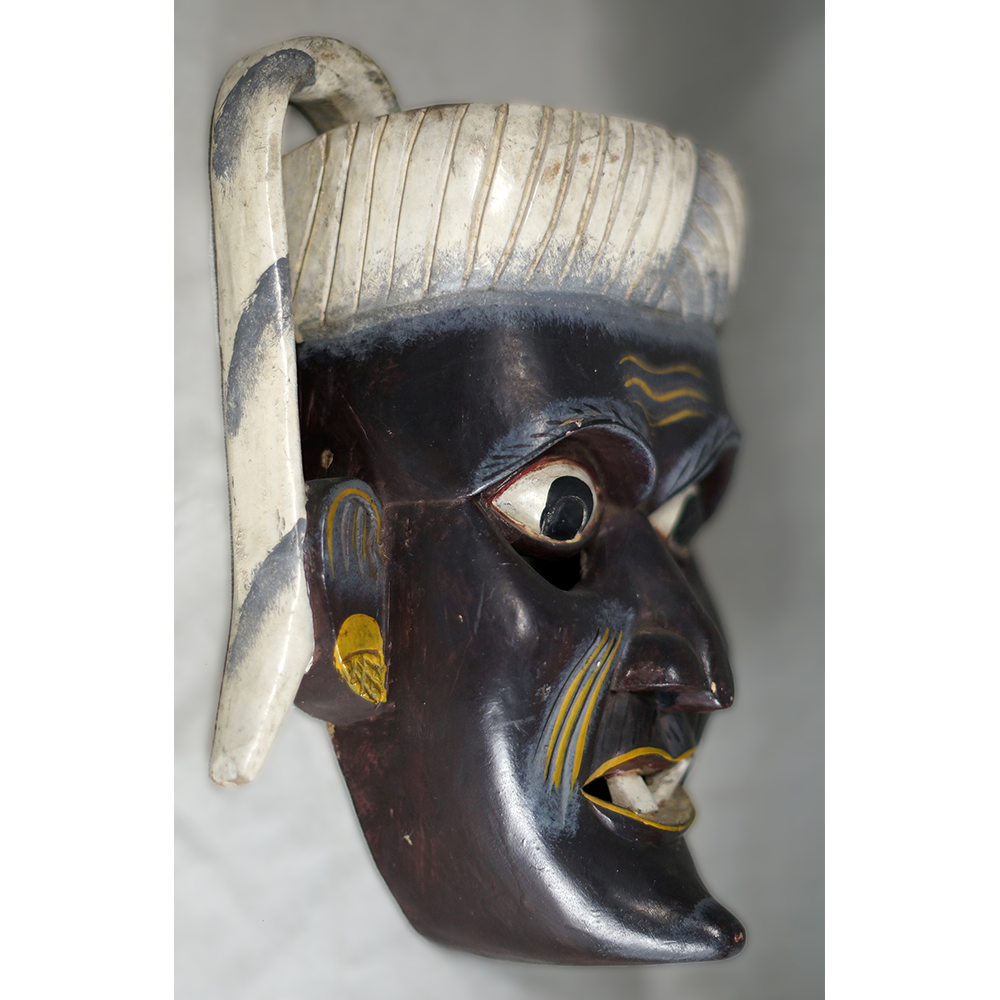 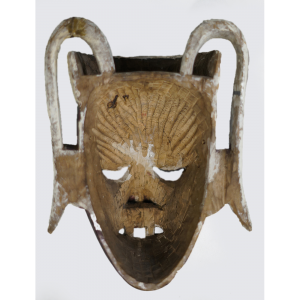 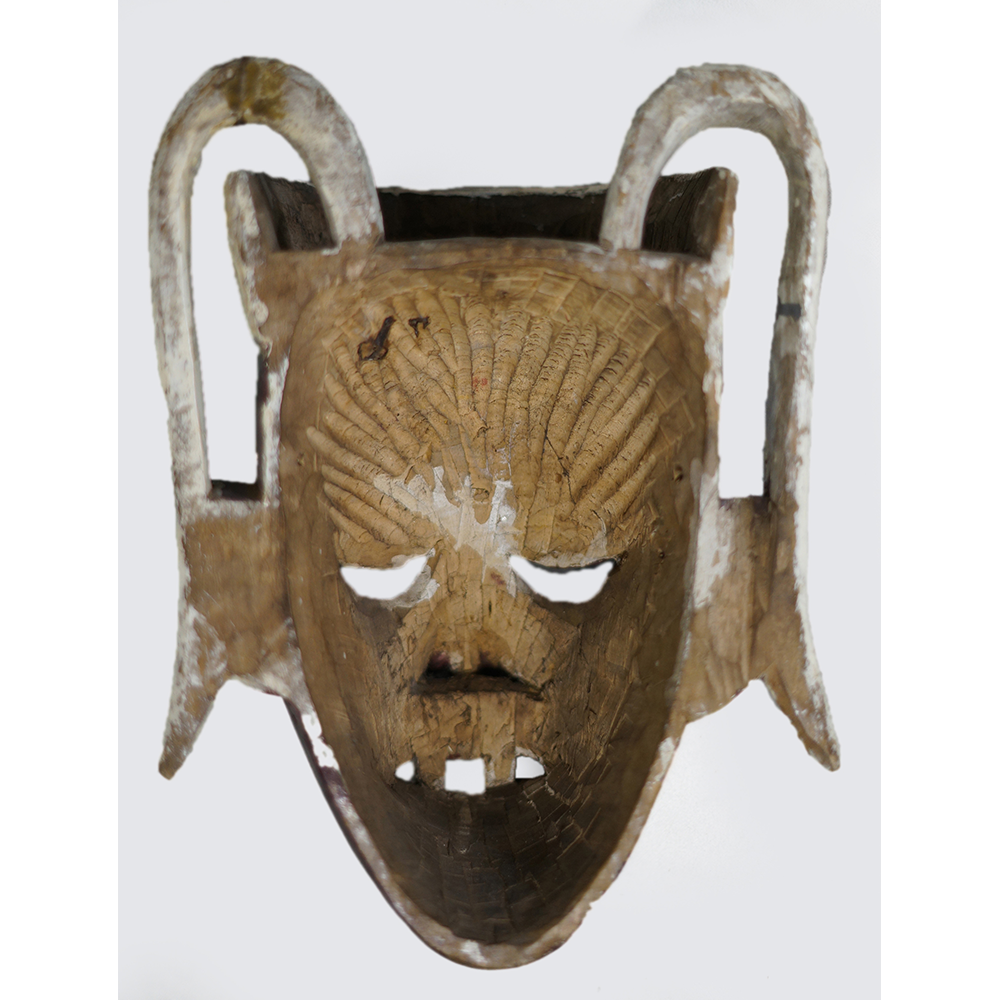 This mask represents the anabera kolama (drum messenger), who carries a small drum and staff. It was created in the 1930s and used extensively. At one point, the tip of one of the turban strands broke and was repaired.