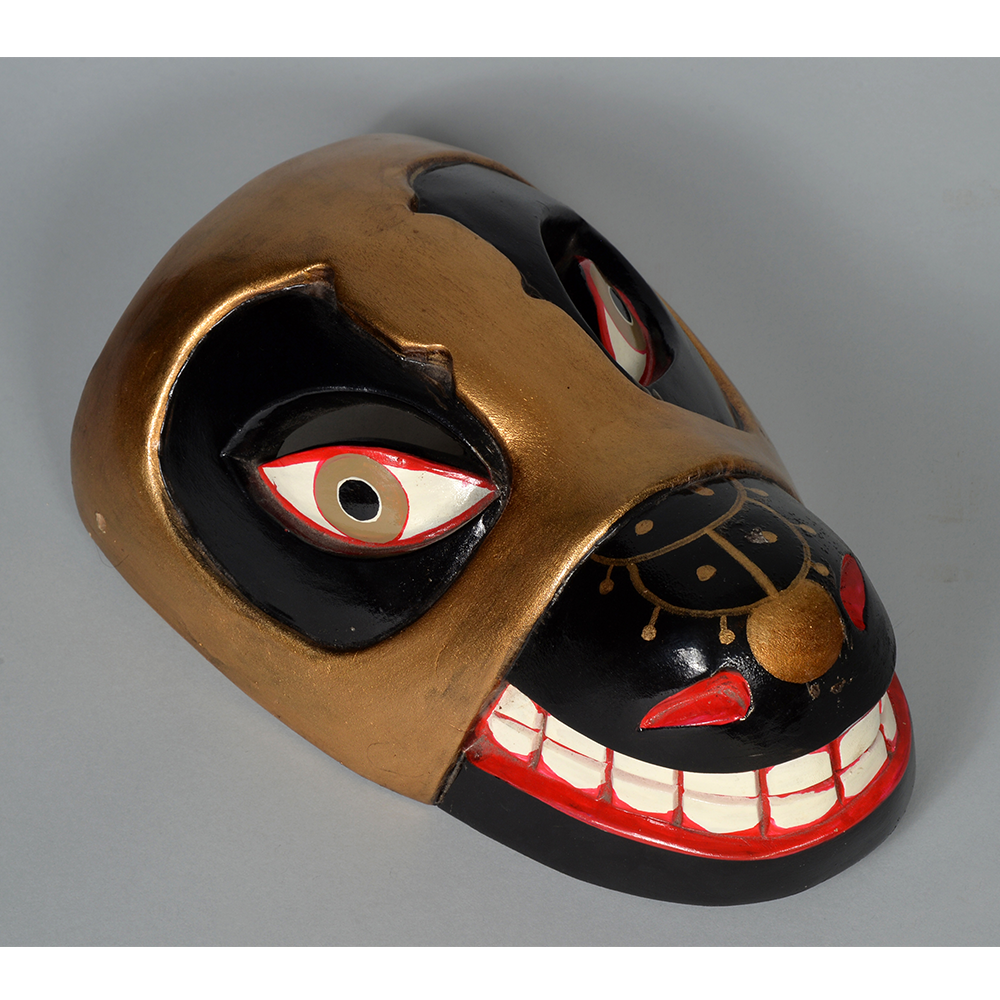 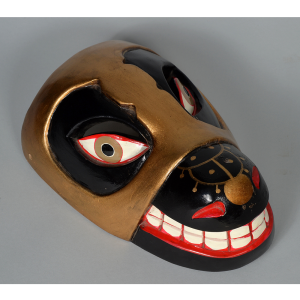 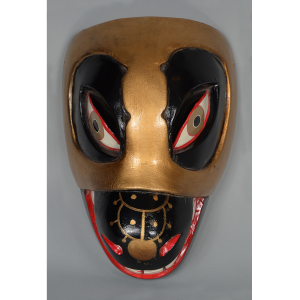 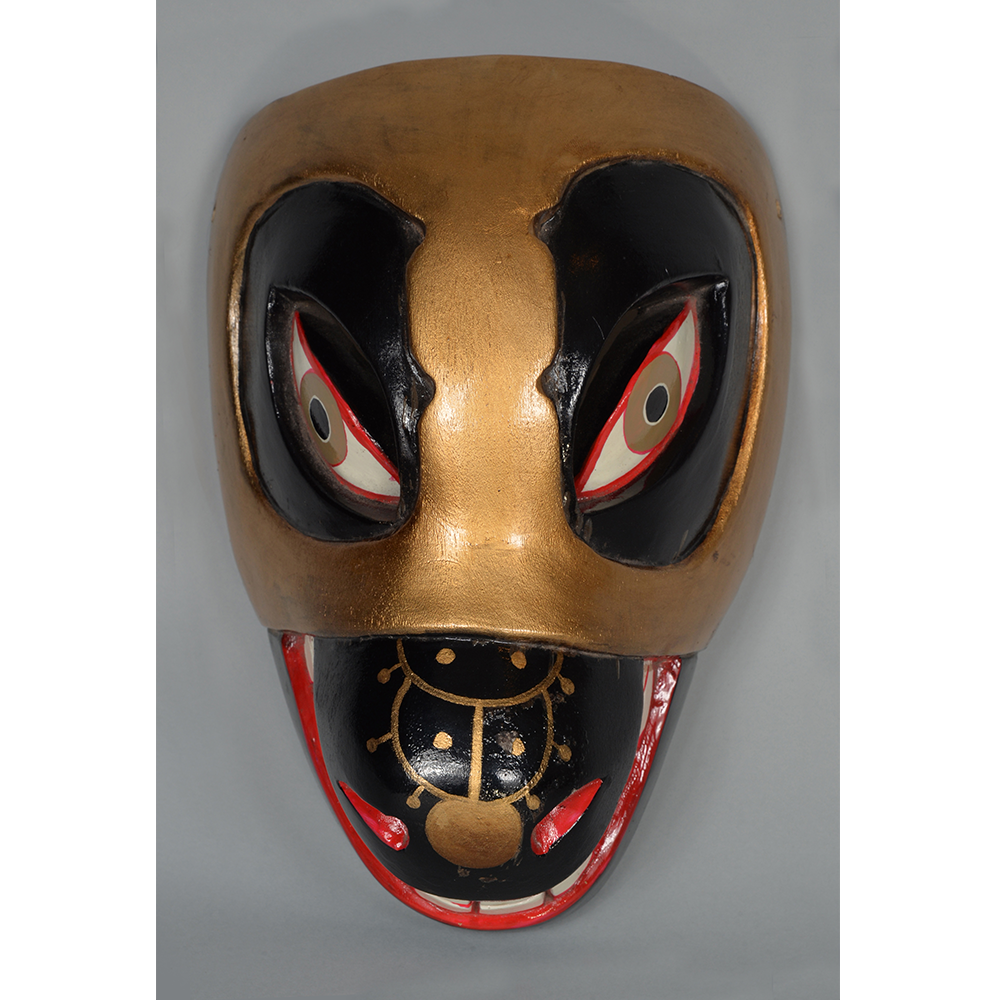 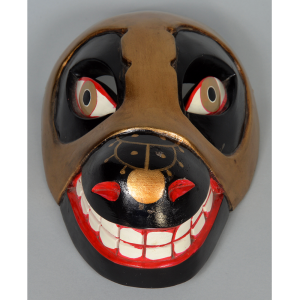 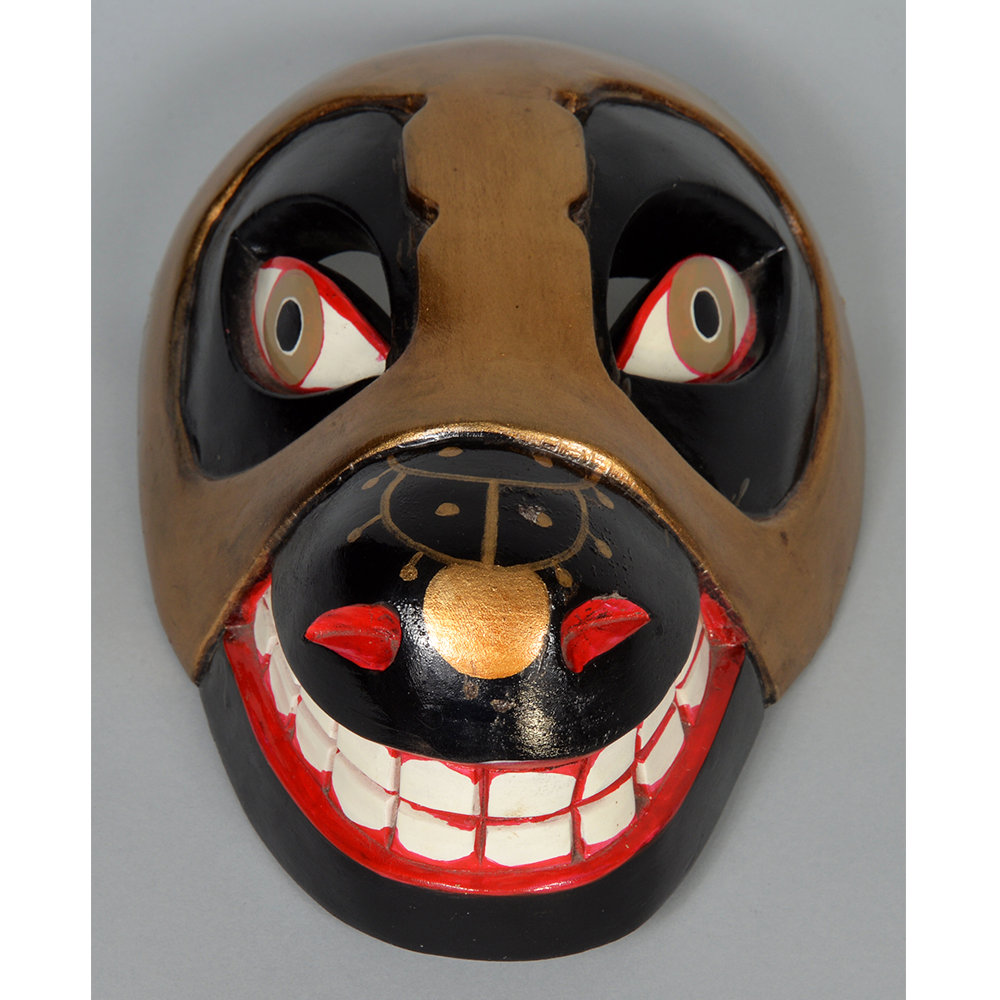 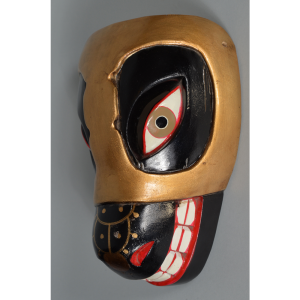 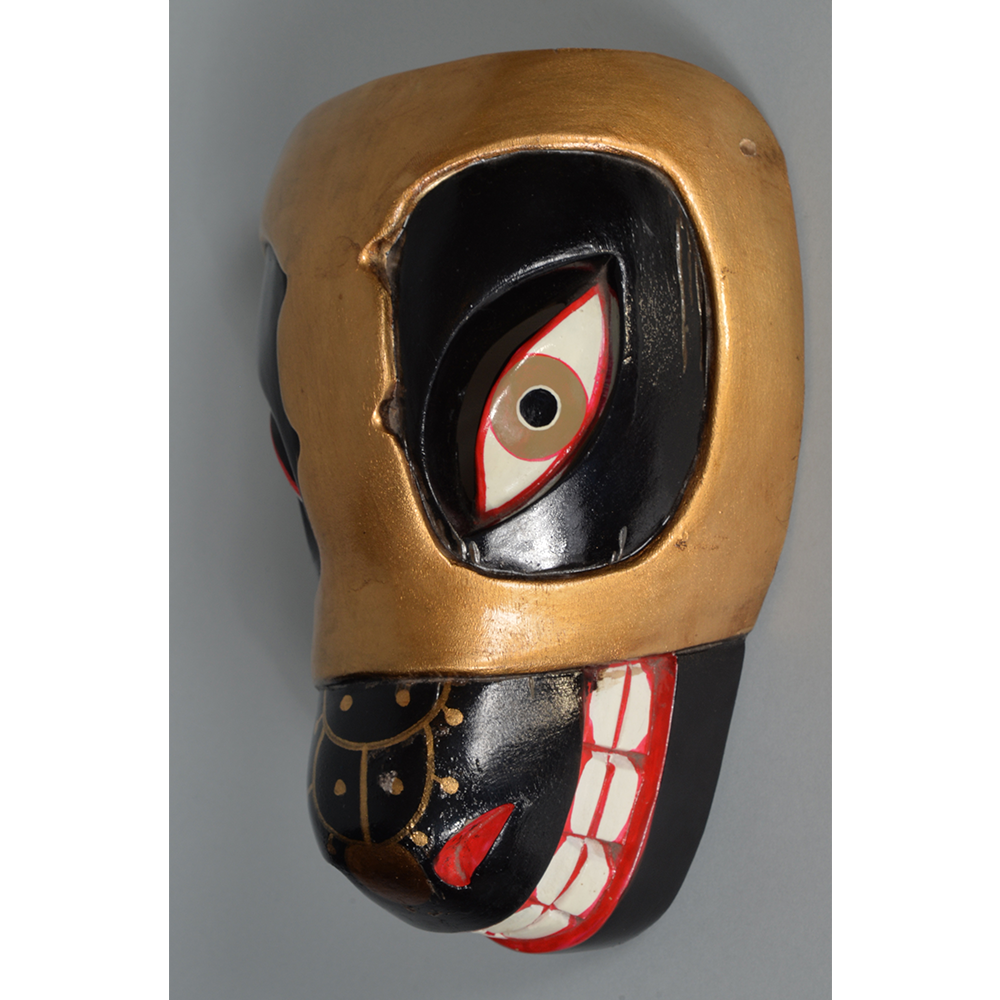 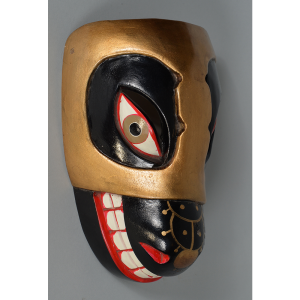 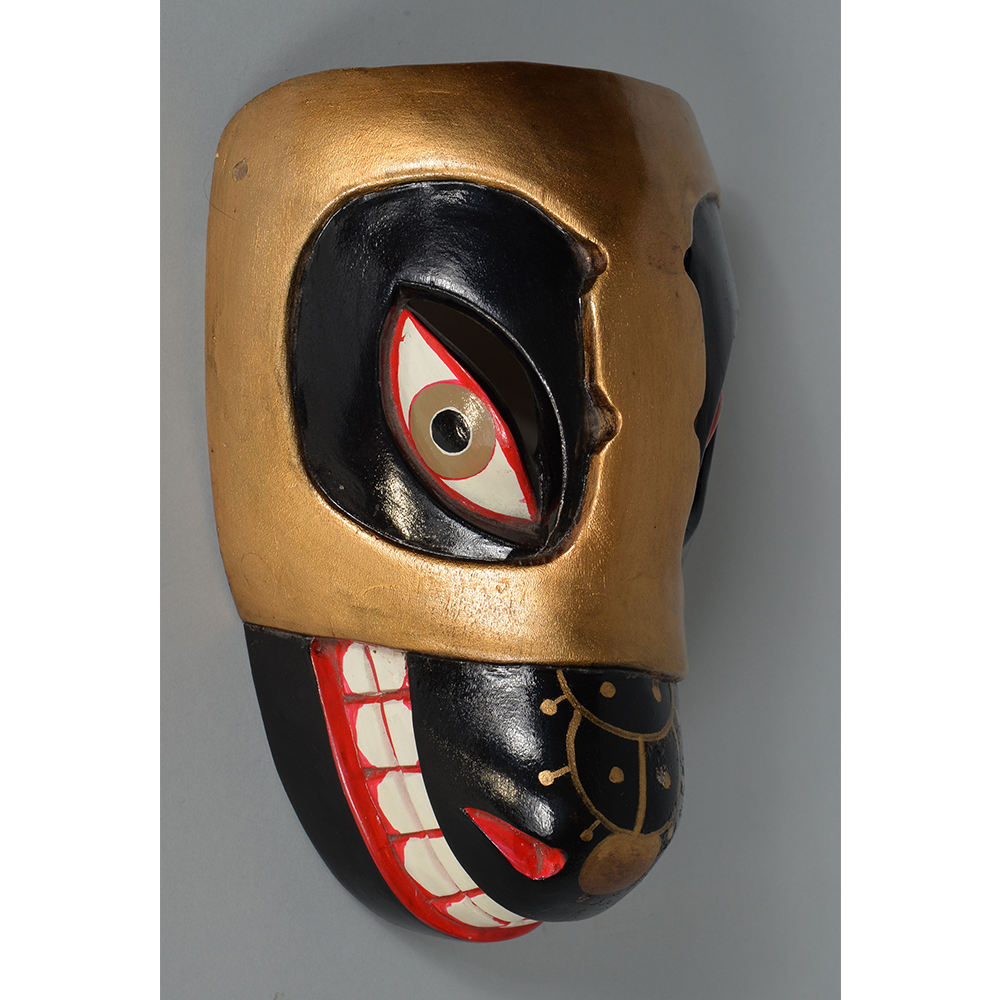 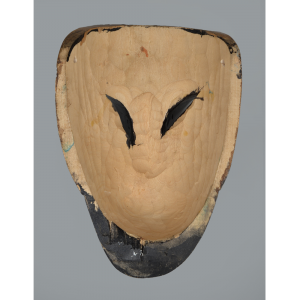 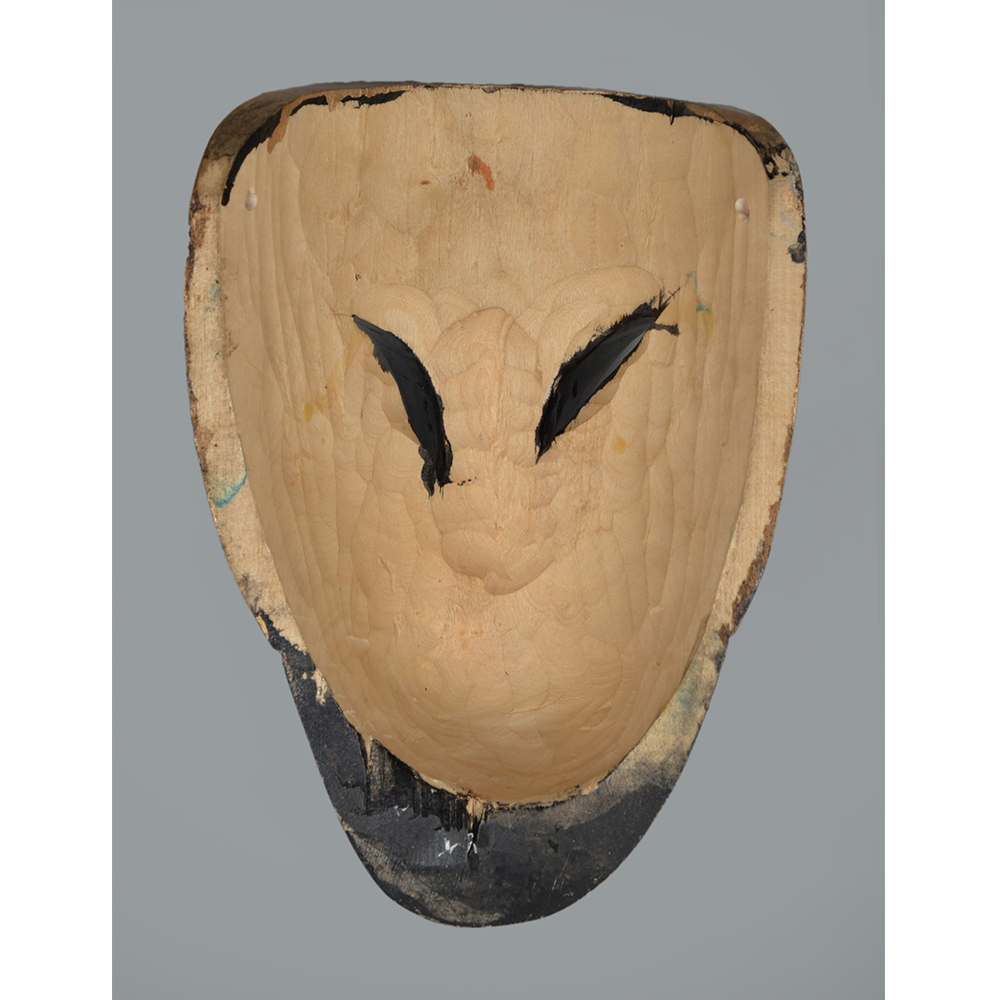 As performed today, most characters wear masks and dance to the music of the native flute (pito), violin, guitar, and drum during the performance.  Among the characters are several machos, or mules, sometimes numbering twelve or more.  This mask represents one of the mules.