You are here: Masks1 / Tsam Namsrai 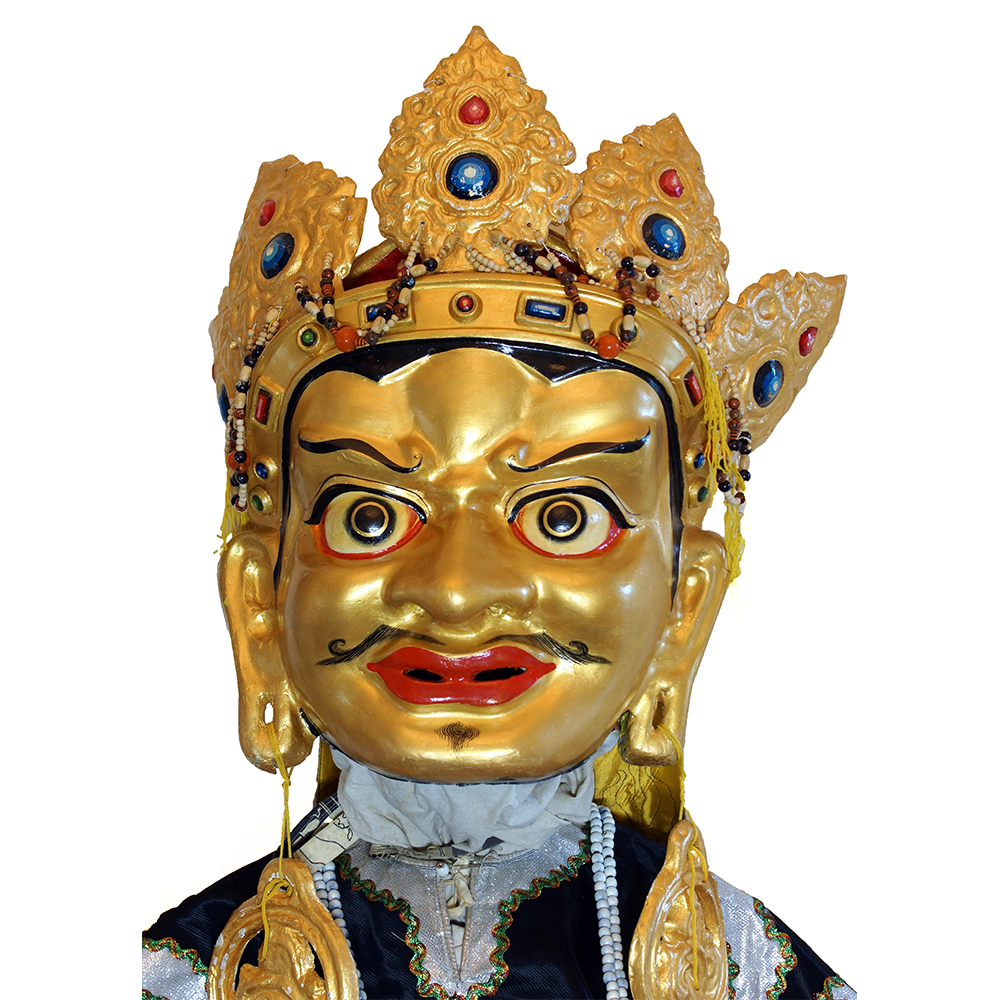 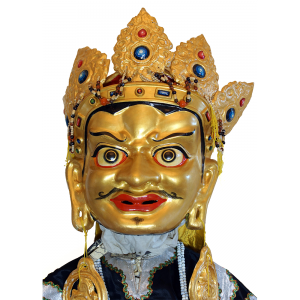 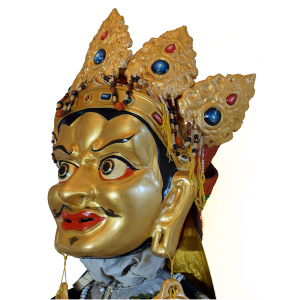 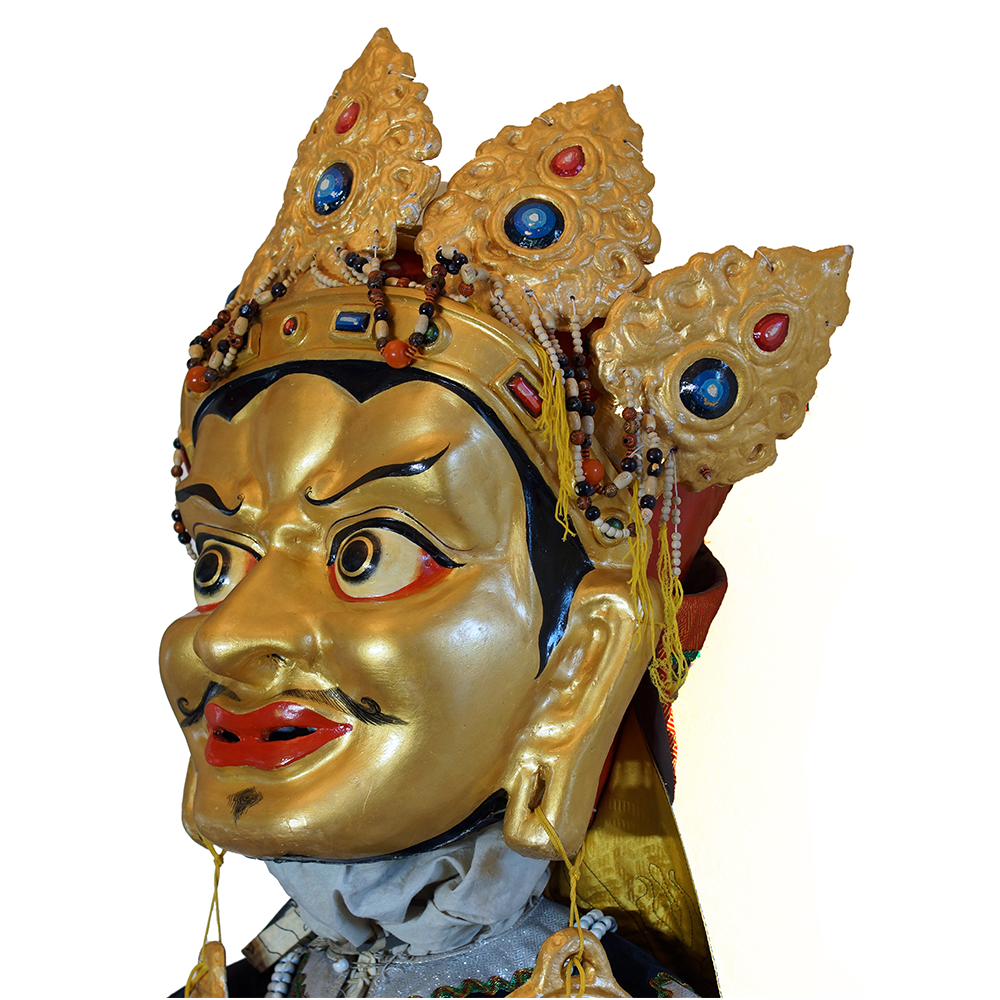 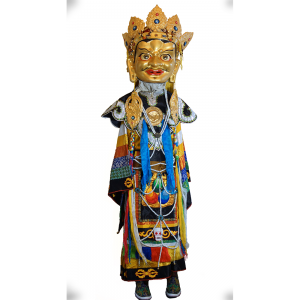 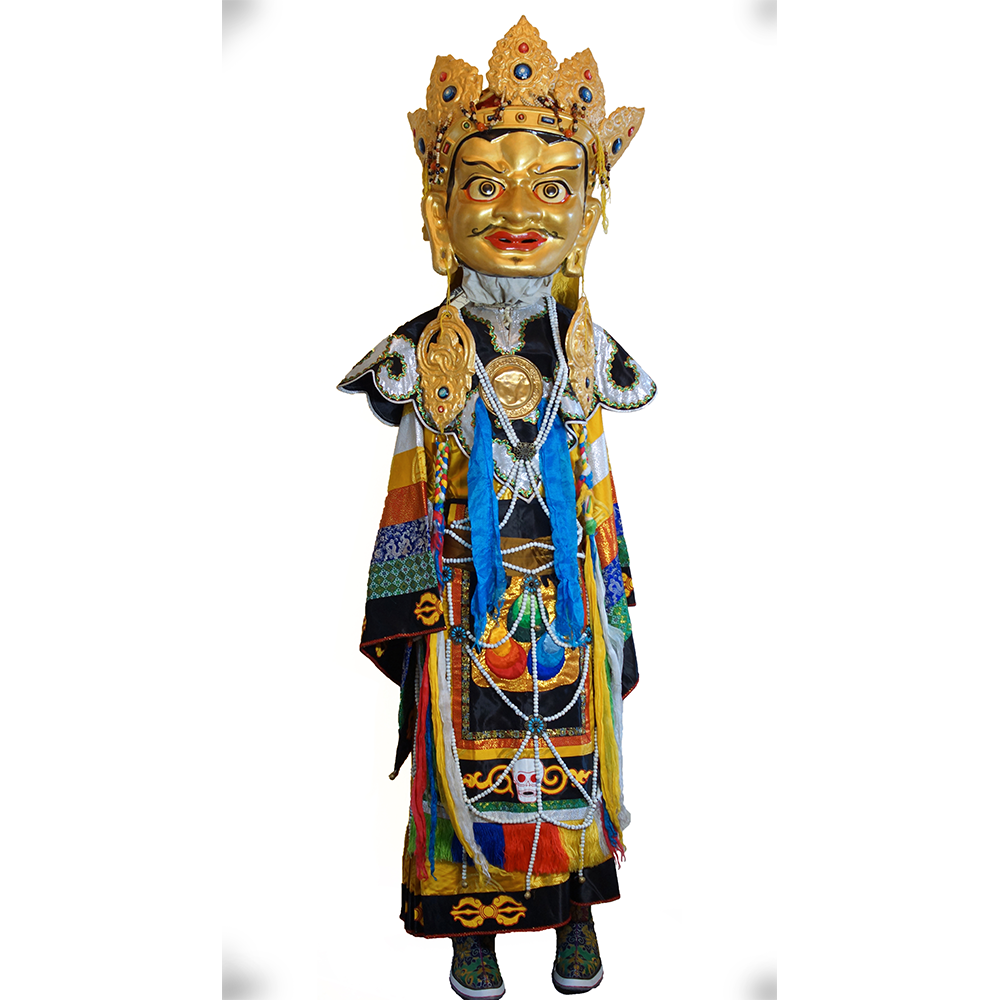 The Hindu-Buddhist Tsam dance crossed the Himalayas from India in the late medieval age and became a popular ritual in northern India and throughout Nepal, Bhutan, and Tibet.  From Tibet, it reached Mongolia in the early nineteenth century and was soon adopted by Buddhist monasteries there.  The dance is performed on major religious holidays to invoke protective spirits and purify the region of evil influences.

This mask represents Namsrai, the god of wealth and patron of the poor and hungry.  He dances around a pot of treasure, carrying a horn that emits jewels and a magical wishing gem.