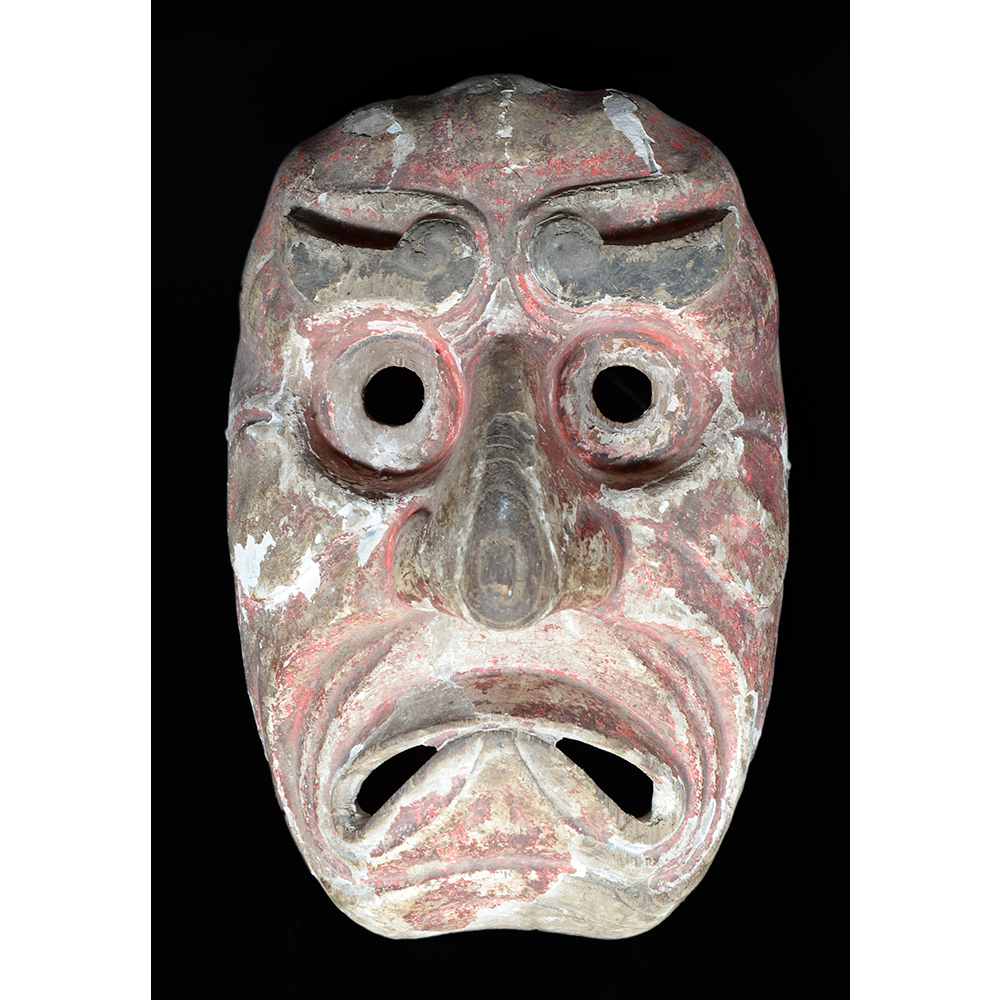 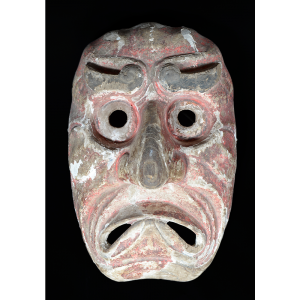 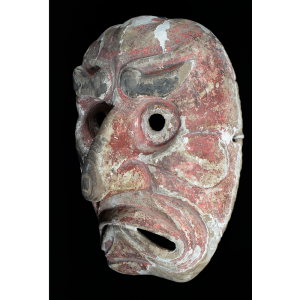 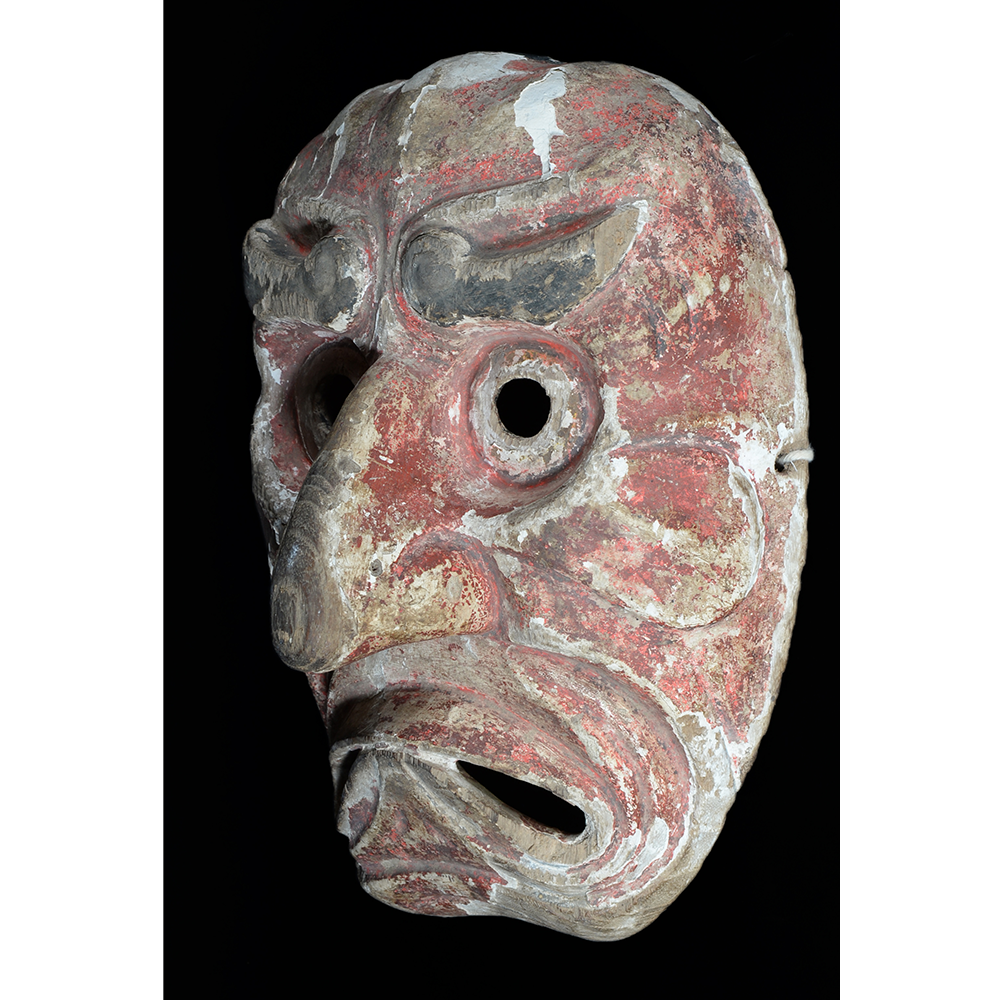 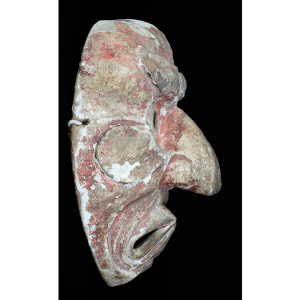 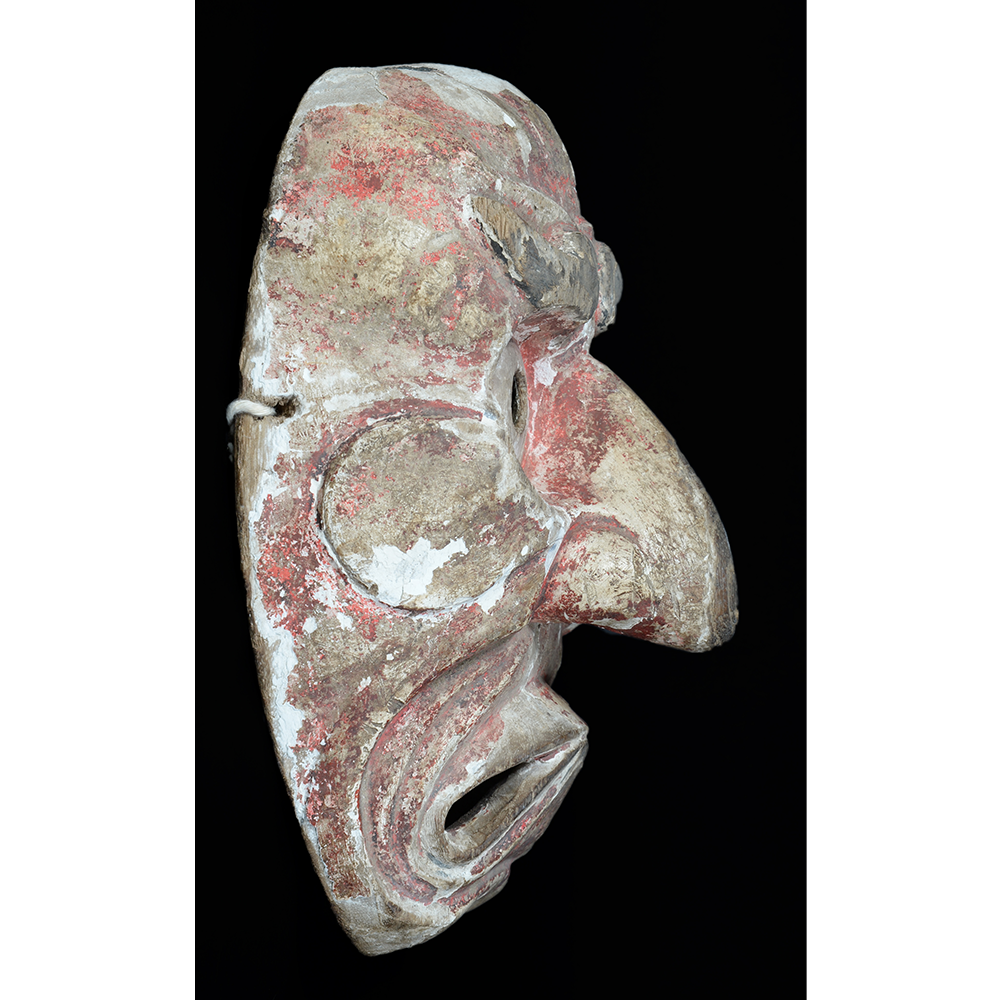 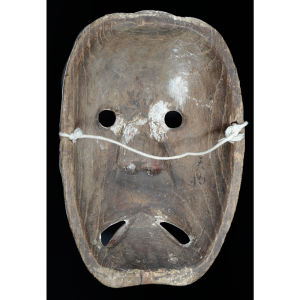 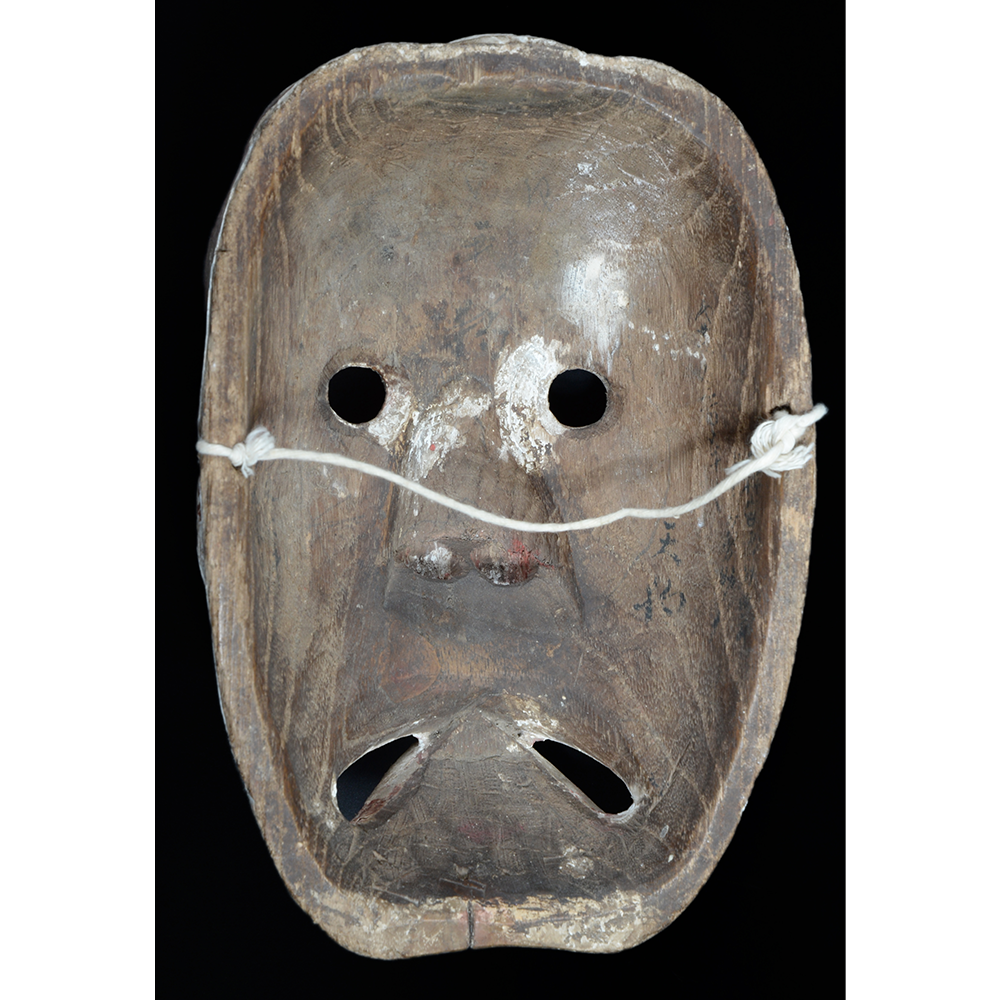 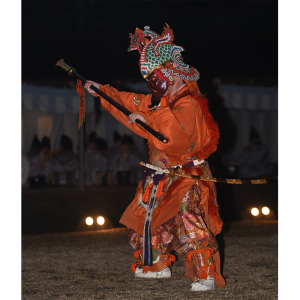 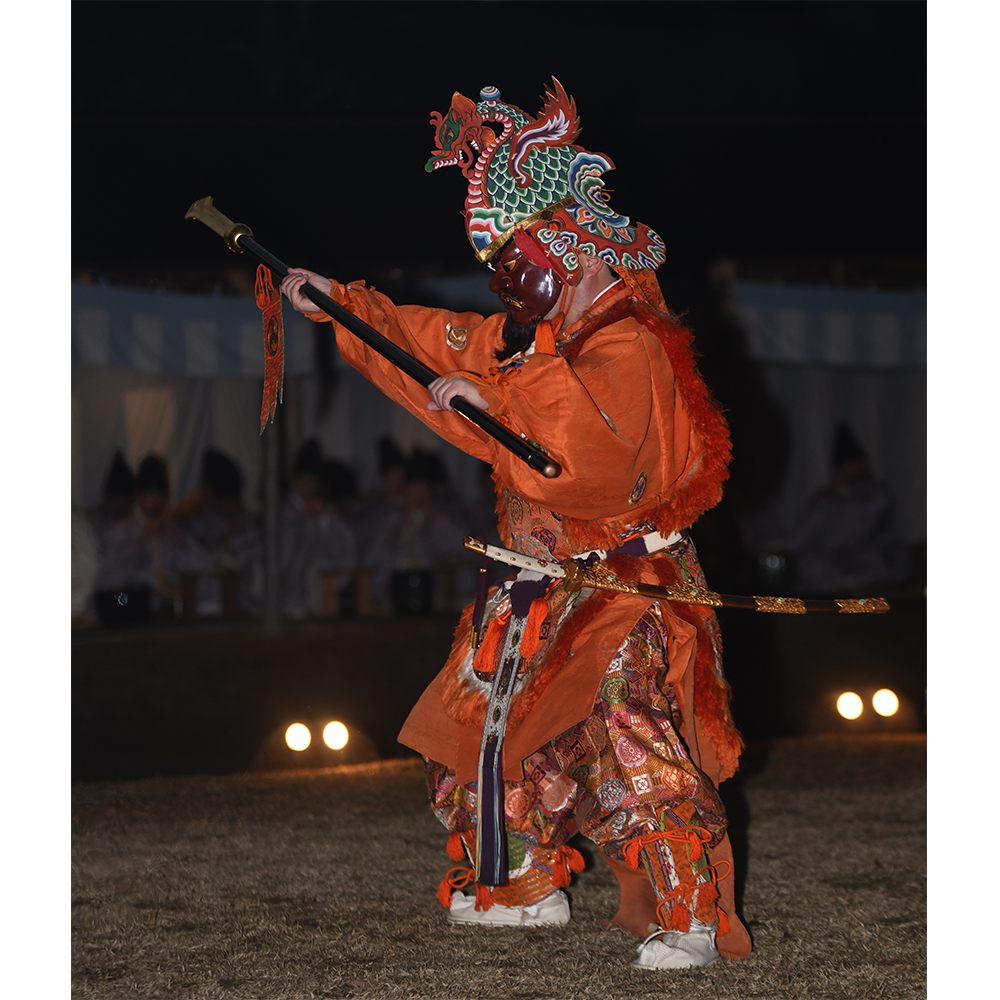 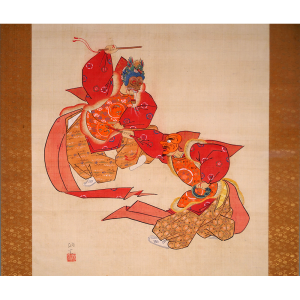 Bugaku is an official court dance of Japan, dating back to about 500 C.E.  During the Heian period, Bugaku dances were so central to protocol that nearly all ceremonies and festivals included them. The dance was especially important in appeasing angry gods, purifying the village, and petitioning the gods for rain or a good harvest.  The dance is performed to the music of drums and flutes. The dancers enter the stage singly in succession, then dance together in pairs, in synchronicity to varying tempos. Each dance has its own mask and is named after the mask.

Bugaku masks were sometimes made of wood, like this one, and sometimes made from kanshitsu, a composite of sawdust and resin shaped over a mold. This mask was heavily danced in the late 19th century, and probably represents Sanju, a red-faced Japanese military hero. This is a highly martial dance, with the dancer wearing a helmet, a sword, and a long halberd (naginata) or spear (yari), and assisted by several young assistants (traditionally six, but often reduced now to four or two).

Click above to watch a short documentary film about the Bugaku dance of Japan.