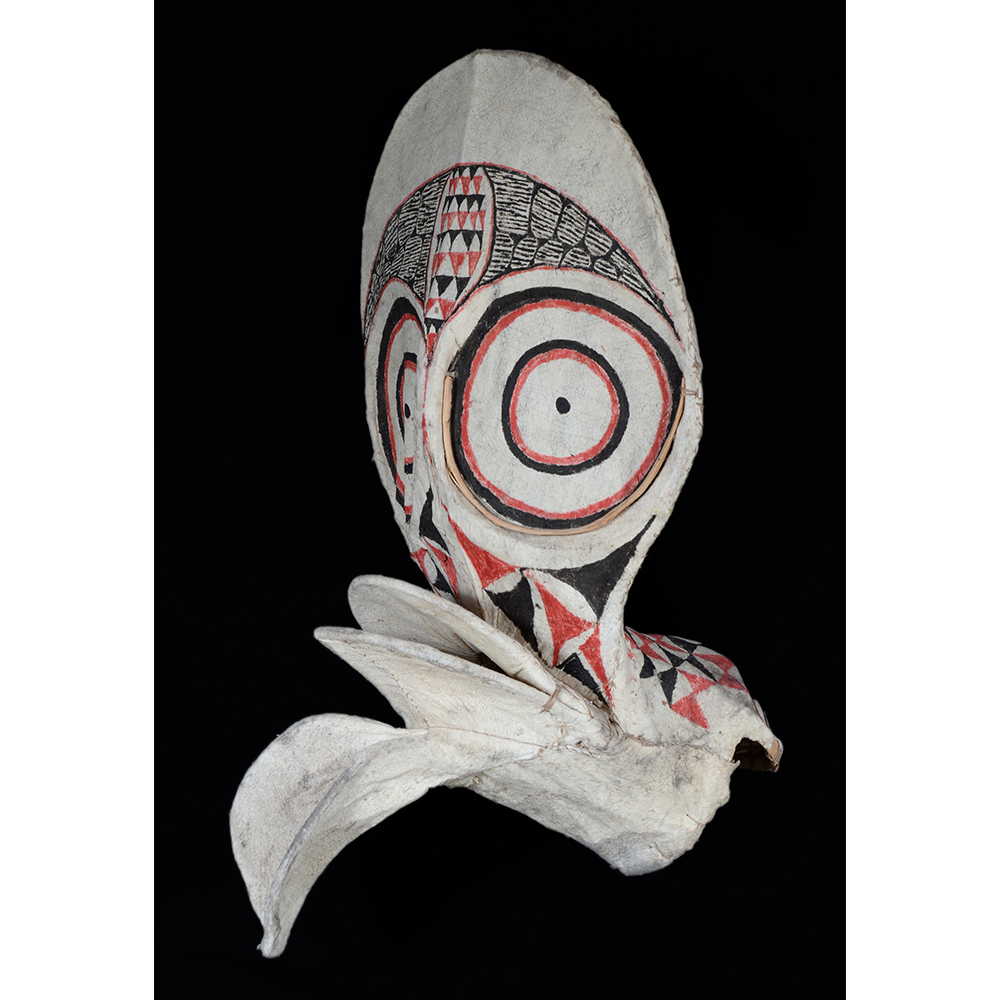 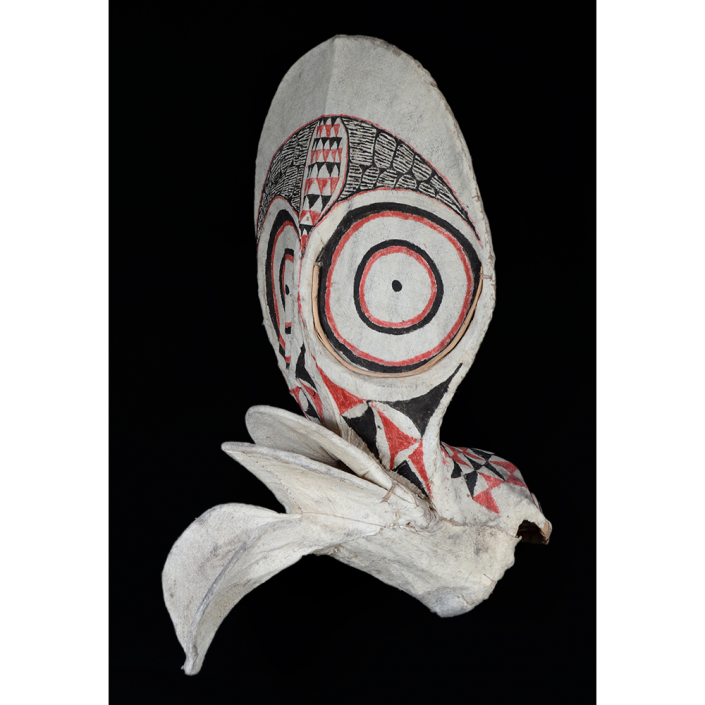 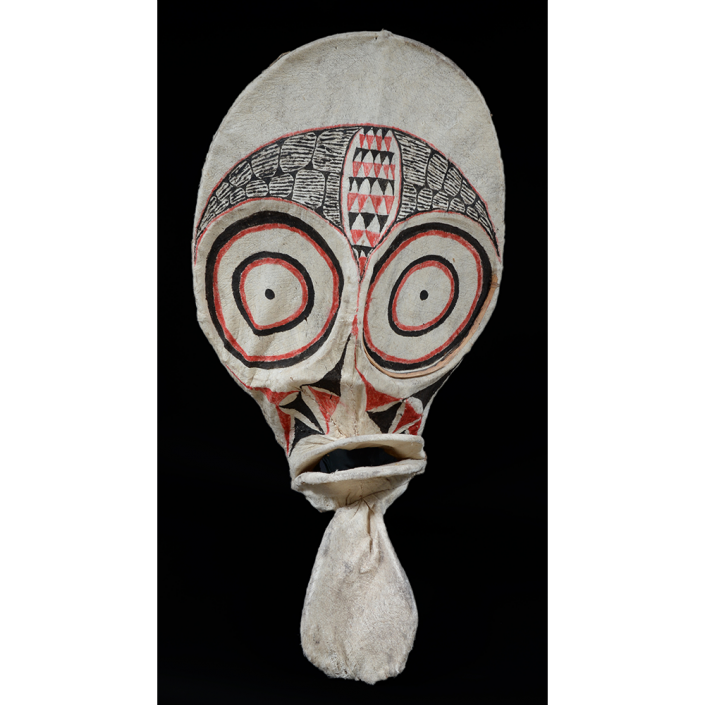 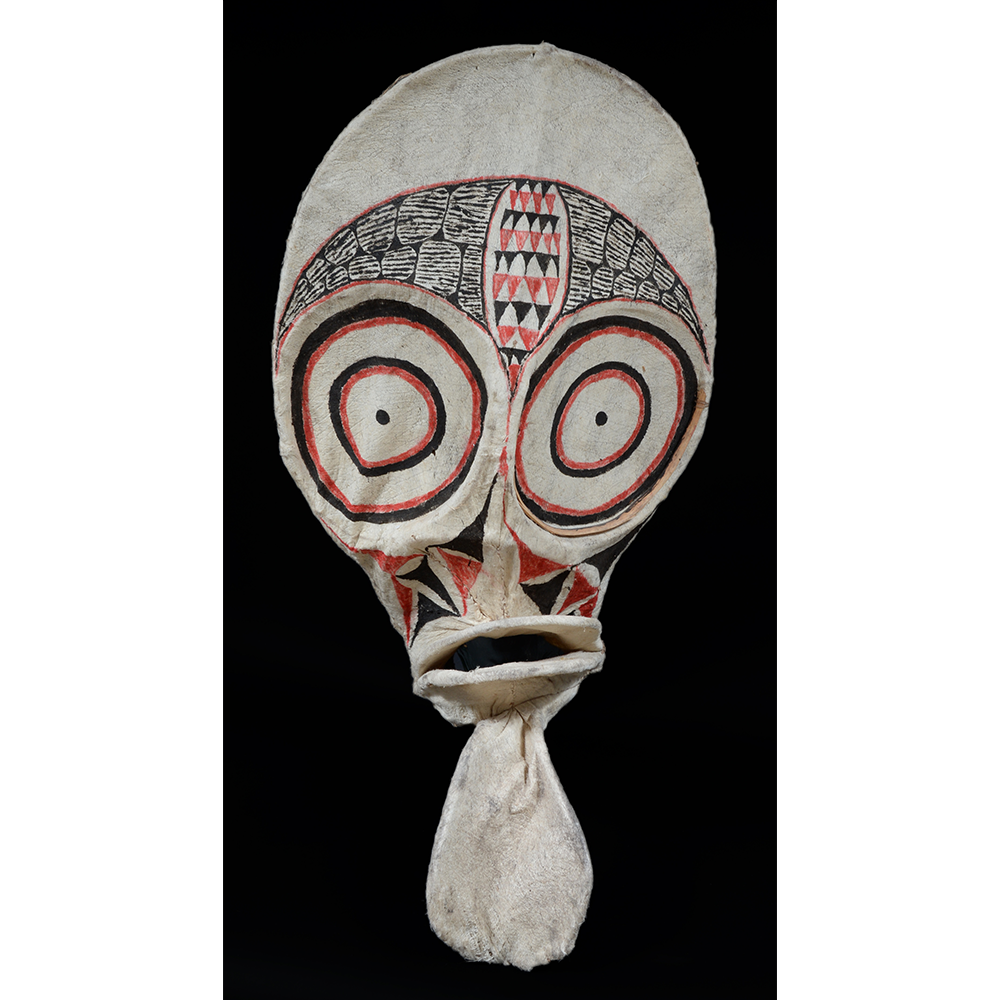 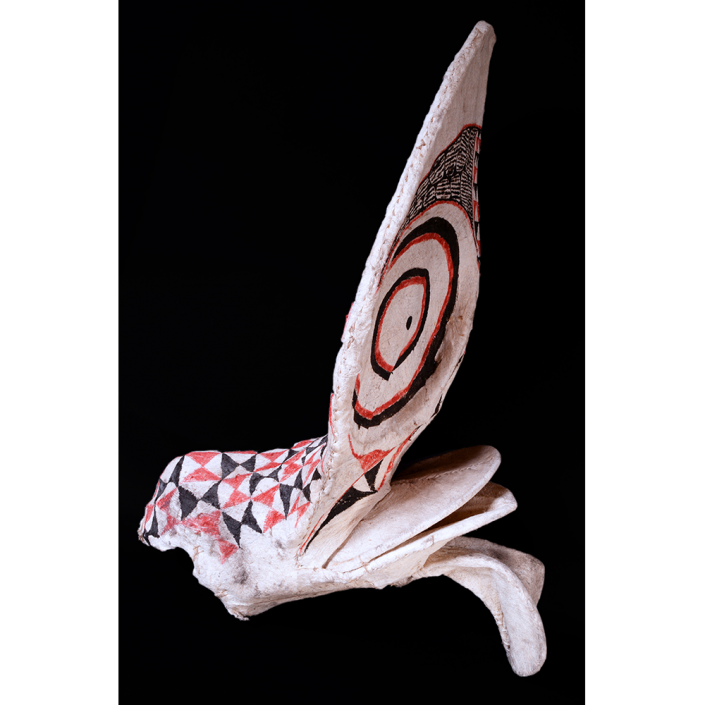 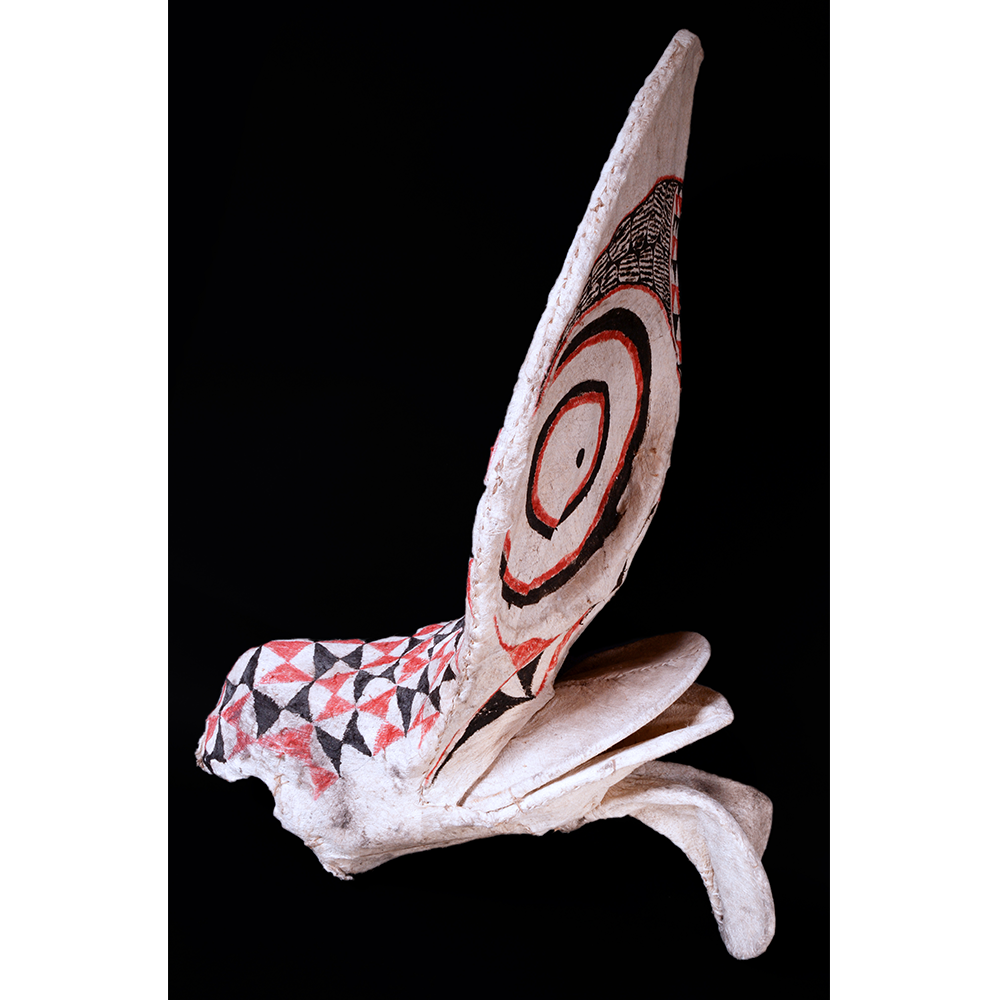 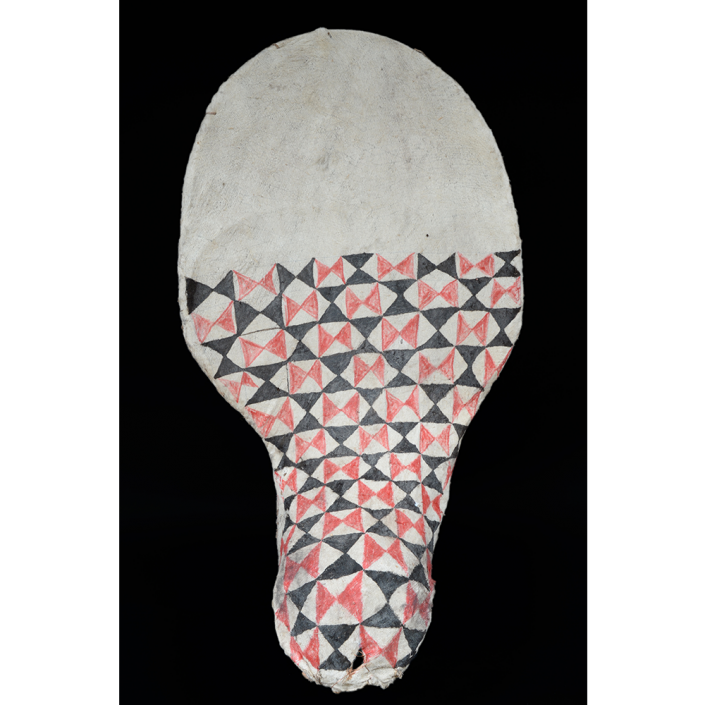 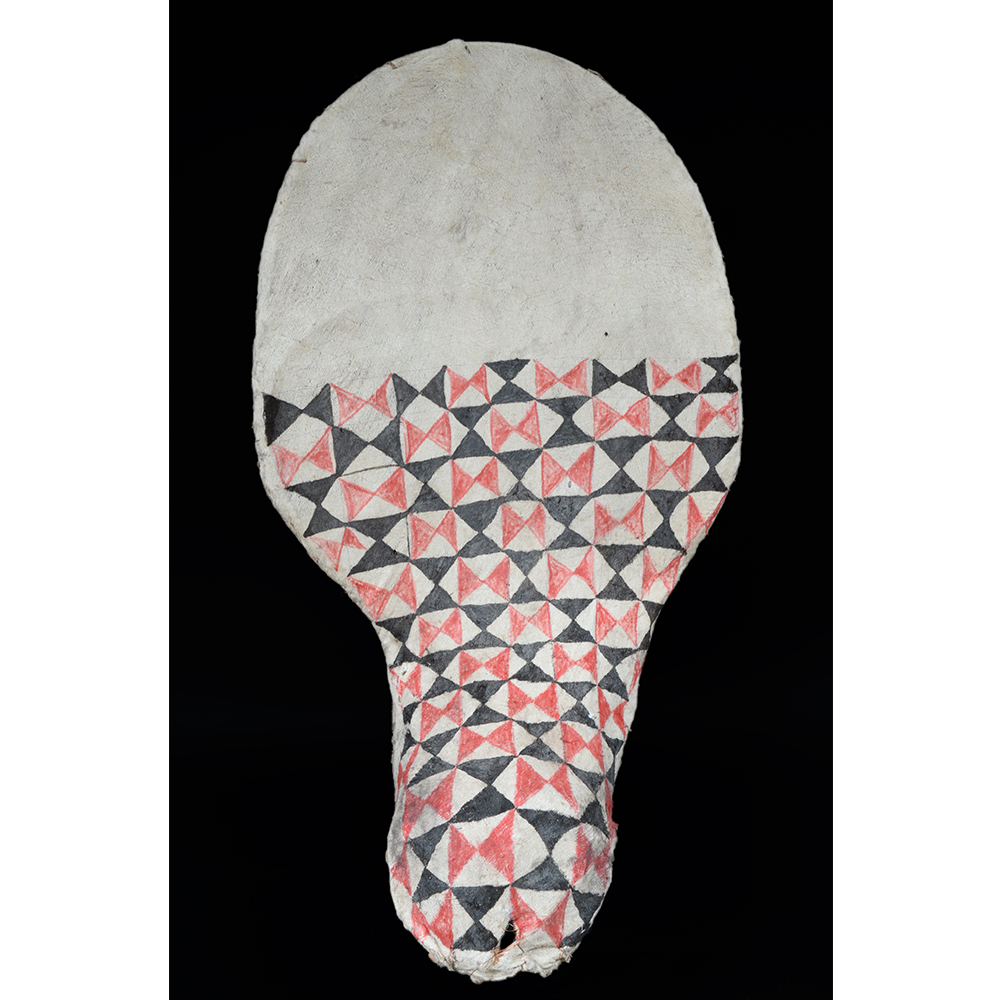 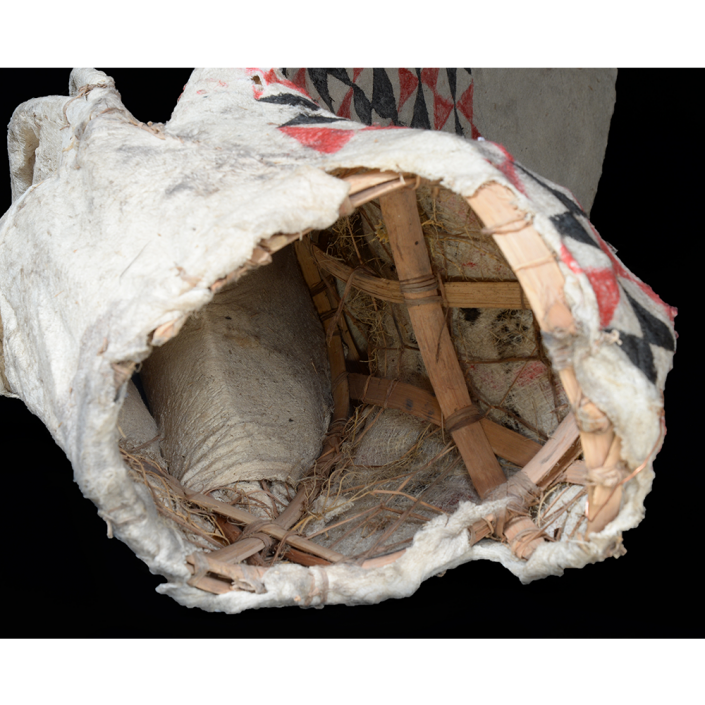 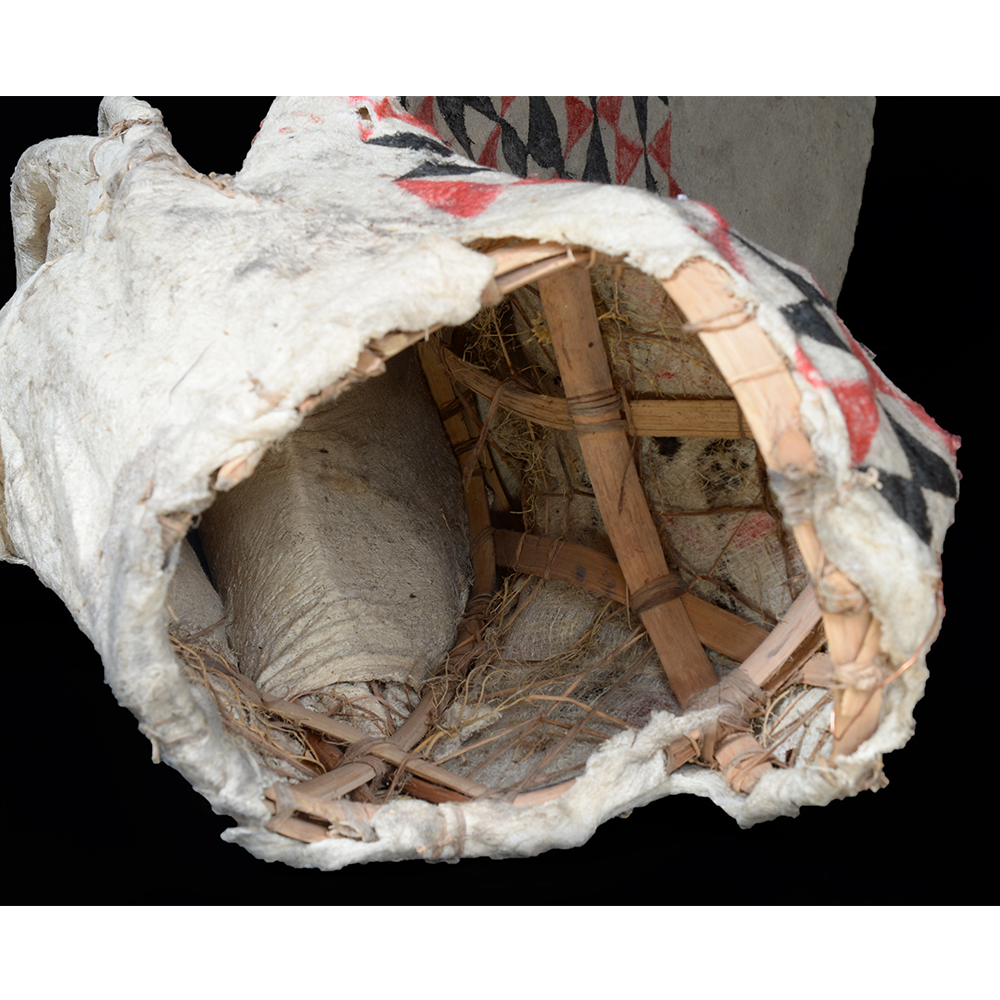 The Baining people live in eastern New Britain Island area known as the Gazelle Peninsula, in a mountainous tropical forest.  They are a Melanesian people closely akin to other groups in Papua New Guinea.  They traditionally live in small villages with dispersed political authority.  The Baining use their masks to unify the otherwise dispersed villagers, usually in celebrations of major events such as yam harvest, births, deaths, or adult initiation for both boys and girls.  Some dances are for the day time, mostly those centered around female tasks such as sowing, harvesting, and births.  Atut dances, also called fire dances because they’re performed around a bonfire, are held at night and center around male activities such as hunting.

The masks are mostly made of mulberry or breadfruit tree bark mashed and pounded into a cloth (“tapa cloth”) over bamboo frames.   This specific mask, the anguangi or atutki, is used in night dances by the Uramot group of Baining people. Unlike other Baining masks, the anguangi is usually retained in the house and not discarded after the ceremony.