You are here: Masks1 / Asmat Det 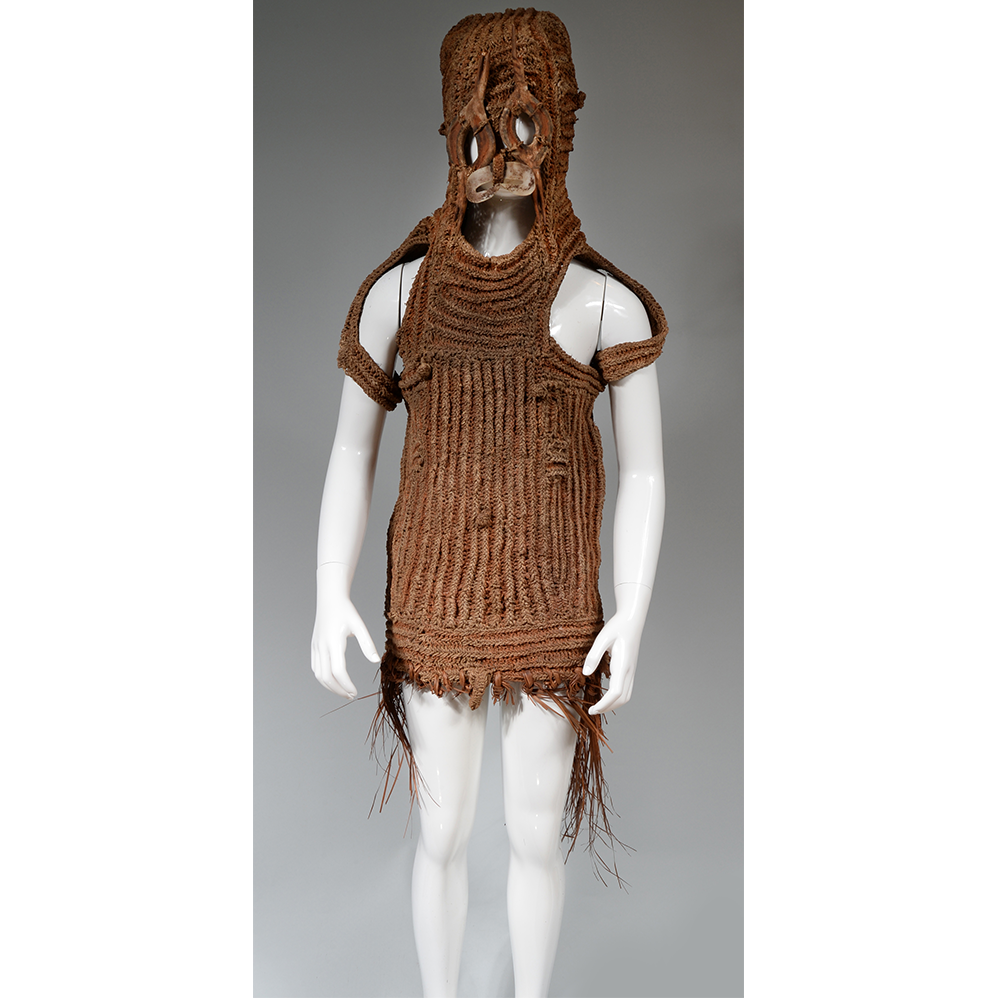 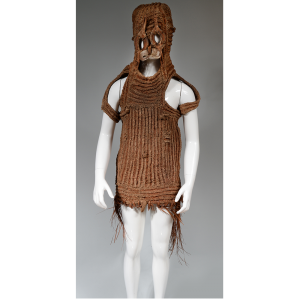 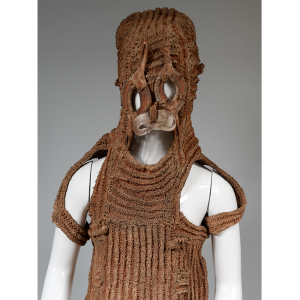 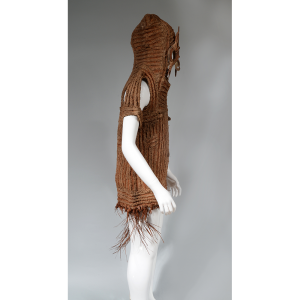 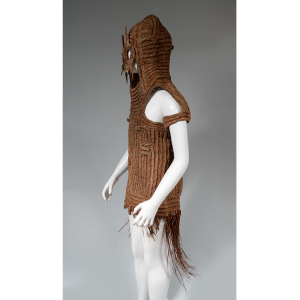 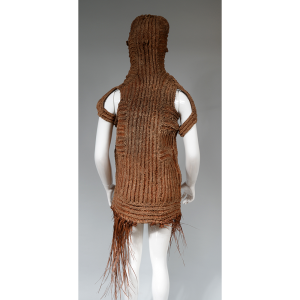 The Asmat people are a Melanesian ethnic group inhabiting the Papua Province of Indonesia, along the southwestern coast. They are thought to number around 70,000 individuals. The Asmat celebrate a periodic feast, a series of rituals culminating when dead ancestors, personified by performers wearing full-length body masks like this one (Det), return to visit the village.

The rites involve two types of masks. The first, a single conical mask (Bi) depicting a legendary orphan and entertains the village with comical antics.  The second type of mask, the Det, portrays the dead ancestor. Each mask of this type represents a specific individual, such as a deceased family member or illustrious ancestor.  At the climax of the ceremony, the masked performers representing the dead emerge from the forest and tour the village, where they are offered food and hospitality. They eventually arrive in front of the men’s ceremonial house, where the dead and the living join in a dance, which continues long into the night. The following morning the dead, now properly fed and entertained or frightened by threats of violence, depart for the realm of the ancestors (Safan).

Normally, this mask would have a long fringe of dried sago leaves along the sleeves and skirt, but most of this has been lost with time.